It’s been three business days since I published the post that clearly identifies a serious problem with the residency requirement for school board member Dr. Adil Baguirov. You’d think the local news would pick the story up, or that the prosecutors office or the board of elections would have a statement? Nope. You’d think other school board members would be calling for an investigation- nada.

However, when the Dunbar coaches played an ineligible player against Belmont, knowing that he had played the week before at Taft as ineligible, there has been no stone left uncovered. Fingers pointed everywhere- and now the Ohio High School Athletic Association has weighed in as well- with probation and a fine. Wow.

I requested both the report from the Director Safety & Security, Jamie Bullens, a former Dayton cop with plenty of experience, and the OHSAA report and read them. 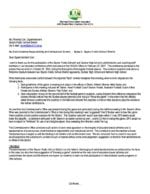 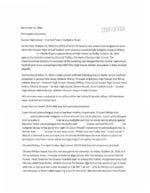 Reading them, all I can say is add another ring to the three ring circus, with the coaches, athletic directors, principals all looking like clowns on parade.

How do you have a star quarterback failing to maintain his C average in the first place? There are no excuses for this- once again, Dayton Public Schools fails a student- all the rest really doesn’t matter.

Not a single one of these people did what was right for the students, and this goes all the way to the Superintendent.

The reason I bring her in, is because previously, David Lawrence was the guy who was over the rookie athletic director- and was known for his attention to the details of eligibility. Once Corr had demoted him, she forgot to appoint someone else to keep tabs on athletics- mostly, because she’s too busy at the same time with the self-created budget crisis and RIF that turned the entire district upside down for the entire month of November.

Here is the DPS Organizational chart- having LaMark Baker reporting directly to Rhonda Corr- the chart was supplied to me on Feb 3, 2017. 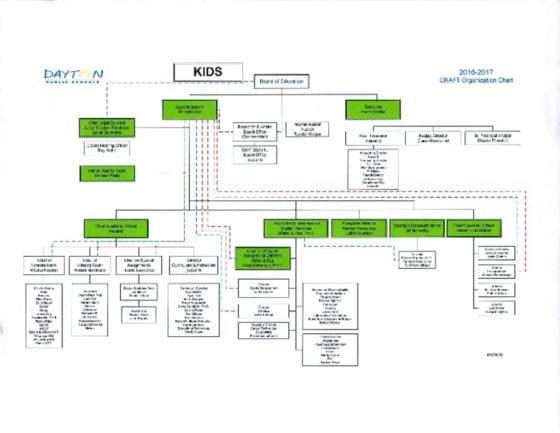 For the people who worry about the $10K fine- really? Considering Corr and the board had no problem spending 20+x that to buy out Lawrence’s contract- as well as to pay off Lori Ward, as well as for unnecessary time clocks ($400K) or to hire the most expensive ad agency to do sub-par work, or buy buses from people who do business with Dr. Baguirov….

If Dayton really cared about the students, we’d end this circus by having a judge recall the entire board, fire the superintendent and treasurer for gross incompetence, and ask the state to install a professional team to supervise the schools and pick a new superintendent.

The best choice to run the district is Dr. Elisabeth Lolli, who seems both competent and has integrity.

In the meantime, we’ll wait to see if anyone has the gumption or brains to ask Baguirov to step down.

Can FOI requests be made to local income tax offices? If he’s outside city limits, his likely high income would be a good reason to state residency outside of city limits for tax reasons.
Also, his name doesn’t show up in the Moscow State Institute of International Relations alumni search. It’s unclear if this is a comprehensive or voluntary listing, and if he used a cyrillic spelling, which I haven’t been able to find, I wouldn’t have found it.

From now on, can we all refer to Baguirov as “Bag Man”?

[…] site posted both the internal investigation and the Ohio High School Athletic Association findings, as we… ten days ago. Board member, Joe Lacey claimed he’d never heard that the athletic director had […]

[…] we already published Director of School Security Jamie Bullens report on the ineligible player and the OHSAA findings, we are still waiting for the transcripts of Mr. Bullens initial interviews, […]