This isn’t anything new, Trump talked about “Fake news” for a long time, but the Dayton Daily news tries to believe it has competent staff. First error in yesterdays story about the latest election: Fairchild managed to pull it off in 2018, when he defeated the endorsed candidate and newcomer Daryl Ward in a special END_OF_DOCUMENT_TOKEN_TO_BE_REPLACED

Two years ago, before the petitions were turned in and certified for the upcoming special election (which was a mayoral and 2 commission seat year) I attended a candidates’ night that I described as: the oddest candidates’ night of them all- 2 hours of people who may not be on the ballot, talking about what END_OF_DOCUMENT_TOKEN_TO_BE_REPLACED 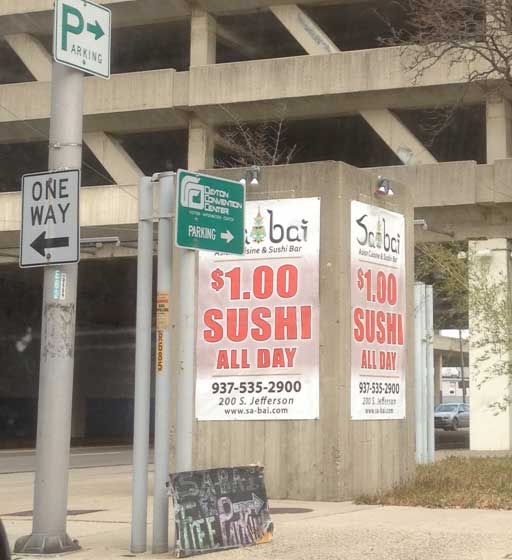 It is time to remove the Democratic Party faithful from power on the Dayton City Commission. Nan Whaley, Dean Lovelace, Joey Williams and Matt Joseph have sat on a commission that has been blindly grasping for solutions to our fair city’s challenges. Ask for what their signature contributions over their multiple terms are and be END_OF_DOCUMENT_TOKEN_TO_BE_REPLACED

With Nan Whaley leaving the safety of her incumbent seat on the Dayton City Commission to run for Mayor one has to wonder why? The plan for Nan to run for mayor and former mayor Rhine McLin to run for Nan’s empty seat was dashed when Rhine was named to the board of elections taking END_OF_DOCUMENT_TOKEN_TO_BE_REPLACED

From the Dayton City Charter, Section 38, part 4: B) For each absence of a Commissioner from a regular meeting of the Commission, unless authorized by a majority vote of all members thereof, there shall be deducted a sum equal to one  percent  of  the  annual  salary  of  such  member.  Absence  from  five  consecutive  regular meetings shall operate to vacate the seat of a member unless such absence be authorized by the Commission.(Amendment adopted by voters, 6-3-75; 11-2-82) Commissioner Dean Lovelace, is once again MIA for an extended period- going back to August 22, 2012. Apparently, he fell, injured his side that was already paralyzed from the stroke he had several years back. The commission has been excusing END_OF_DOCUMENT_TOKEN_TO_BE_REPLACED