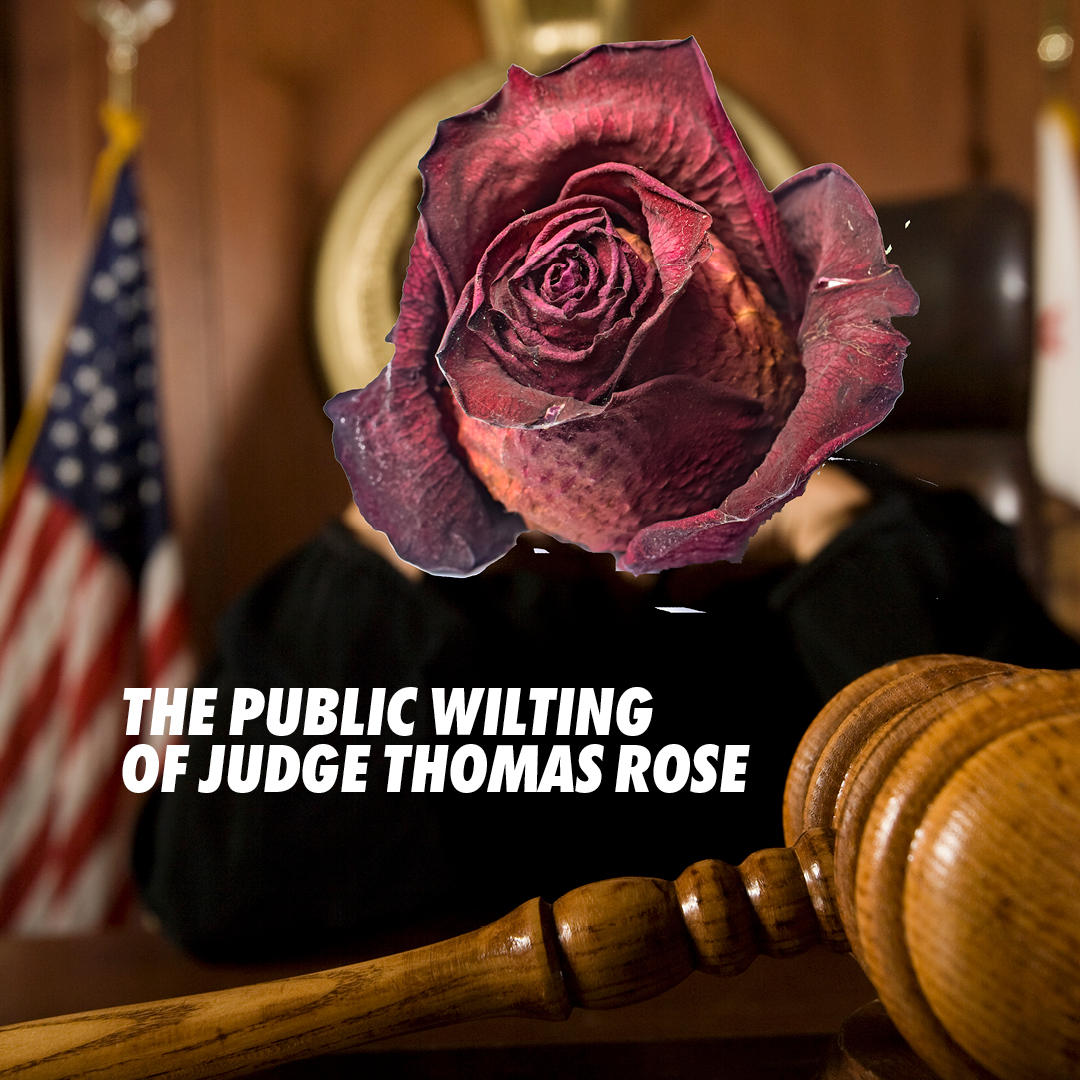 If you watch any legal procedural on TV, you’ve heard the words that you swear before taking the stand, “Do you swear that the evidence you shall give to the court in this matter shall be the truth, the whole truth, and nothing but the truth.” This is a story of anything but the truth.

The sad thing about newspapers today, is for the most part, they don’t have the resources to tell the full story. A legal appeal on a federal lawsuit might get a short mention, if any at all, and usually as part of another related story. The days of having reporters sit through entire trials only come with sensational cases, not the ones where one local businessman is railroaded by the feds after he unknowingly helped the FBI in a sting operation.

Full disclosure- Brian Higgins is a good friend of mine and former client. I’ve known him since 2008 and did work for him starting in 2010. I knew about some of the things as they happened, and found out more once Brian shared his discovery with me (this is not supposed to happen). It was through the discovery- and personal accounts from Brian and other friends, that I pieced together much of what happened, and how former Dayton City Commissioner Joey D. Williams became an FBI confidential human source on 10/02/2015- and was allowed to stand for re-election in 2017 with an agreement to step down if re-elected (which he did in 2018). This is real election fraud, and the kind no one is talking about (although George Santos may become a poster child for that term.)

The trial of Brian Higgins was more about what Judge Thomas Rose let into evidence and what the jury was allowed to be told, than what was really going on. The jury never knew that Brian Higgins introduced the FBI informant, Mike Marshall to Dayton City Commissioner Joey D. Williams and Dayton business and technical assistance administrator Roshawn Winburn so that the four of them could go into the demolition business and make a fortune tearing down the blight of Dayton. The jury never knew that Marshall and Higgins weren’t just citizen and contractor ripping off an insurance company, that they were working together to make themselves rich. Context matters. Anyone can play a secretly recorded 10 second clip over and over in court, and without knowing the whole back story, it can have a very different interpretation.

And Judge Rose made sure the jury not only didn’t know any of that, but, at every turn, handicapped Higgins from getting a fair trial. At least, that’s why the University of Michigan Law School Federal Appellate Litigation Clinic has stepped in to appeal Rose’s mishandling of this case, which ended up sending Higgins to prison for three years.

Unfortunately, appeals are mostly limited to what was in the trial, not what was edited out. This makes reversing a decision even harder. A local attorney who specializes in appeals told me that less than 2% of cases get overturned/reversed. That’s usually why appeals don’t make big news in the paper, that, and they take forever to resolve. In the meantime, the person convicted, often stays in prison (Higgins was recently transferred from the Federal Pen in Colorado to Terre Haute Indiana) while waiting for judges to act.

What makes this case newsworthy is who is filing the appeal. The UM law school only picks a few cases a year to try, and they look for ones that are legally significant. In this case, much of it has to do with the critically important level of support offered to an indigent client facing the full force and unlimited resources of the Federal Government. Our legal system has a foundational principle of “if you cannot afford one, a lawyer will be provided to represent you.”

The case, Gideon v. Wainwright, 372 U.S. 335, was In 1963, in a unanimous decision, the Supreme Court established that the Fourteenth Amendment creates a right for criminal defendants who cannot pay for their own lawyers to have the state appoint attorneys on their behalf.

In the Higgins case, which was made more complicated by the Judge and the Fed’s maneuvering to keep their complicity in the matter (the Federal sting) away from the jury (which was uncharacteristically all white) there were several key lapses in judgement made by Rose- a jurist well past his prime and more than ready to be put out to pasture. Internal fights in the Federal Courthouse have his massive portrait in his own courtroom looking over his shoulder, sitting by itself, instead of in the main courtroom with the other judges. Word is senior local jurist, Walter H Rice, won’t let it be there- and since the whole building is named after Rice (which is somewhat odd, because he’s still alive) what he says goes, goes.

The UM students make 6 claims of where Rose went wrong, without ever getting to use any of the information that I’ve shared with you about the bigger picture in the case.

The first is that Higgins and his attorneys (yes, plural, at one point, since this trial was growing in complexity because of the complicity of the feds in railroading Higgins, Rose granted Higgins a SECOND attorney to help in the case) had a tortured relationship. One that took a bizarre twist when Higgins was voluntarily sent off to a Federal Prison for a mental “competency exam” for 68 days because his lawyers felt he didn’t understand what this case was about.

Higgins, was convinced it was the Feds trying to silence him for asking questions about a contract for mortuary services in Chicago– where a convicted child molester won his old contract, and not about mail fraud. After being returned and found competent to stand trial, there were 2 different requests for new representation saying that the trust required in a client attorney relationship was broken beyond repair. Rose turned them both down.

The second major issue the students raise was that Rose refused to provide an expert for the defense to counter the Feds expert on forensic accounting of Higgins multiple accounts. The Feds used a huge power point deck and their expert testify at length about the sources and uses of funds, and Higgins lawyers were effectively hogtied to respond without an expert of their own. In the second part of this expert witness fail, was that the one witness that Higgins was allowed to hire, wasn’t allowed to address half of the issues in his findings. It was sort of like asking a doctor to come into an ER to face a dying patient from a car wreck, and telling him that he can only treat the wounds on the outside of the body- ignoring any injury to internal organs. Needless to say, in both cases- the patient/defendant dies.

Just as much as what was not allowed into the courtroom, Rose also is being questioned in the appeal for allowing other prejudicial evidence to be admitted and shared with the jury that wasn’t necessarily related to the case. Higgins had other legal issues and entanglements that weren’t relevant to the mail fraud case the government was pursuing that made him look like a dirtbag. While many of us may sit as a guest at a wedding, when the pastor asks if there are any reasons that the couple shouldn’t marry, it’s not cool to bring up random facts like the groom has herpes or the bride used to work as an escort. Yet, the feds got to enter plenty of evidence discrediting Higgins, and the defense didn’t even get to point out that the mortgage company that was claiming that they’d been screwed was operating with a totally different name because they had destroyed their own reputation and had been prosecuted by the feds for screwing the public. Yes, their “expert” was allowed to testify, without his culpability in the matter being questioned at all.

The last part of the defense argument was that even after letting the Feds steamroll Higgins, Rose then used the wrong method to calculate the damages in the case, which basically amounts to housekeeping rules. The real damage according to the UM brief is that taken together, what Rose spent 7 days in court doing, amounted to a kangaroo court- where Higgins was a helpless bystander in a drive by shooting where Rose was the driver and the Feds were his gunmen.

Sadly, the real crime in this whole mess, the one where multiple public employees and politicians were engaged in a “culture of corruption” where demolition contractors were buying contracts and public policy at will to enrich them all, hasn’t been fully prosecuted.

The Feds have stonewalled my efforts to get the evidence, tapes that were played to the grand jury , of former Dayton Mayor Nan Whaley engaged in this dirty business. The fact that the City Manager, Shelley Dickstein, in all her glorious incompetence, still has remained at the helm, although ultimately, all contracts the City Commission and Williams would approve, including the ones to “United Demolition” went through her and her staff.

To be clear and sum things up, when you have an insurance policy on your home or car, or valuables, and you file a claim, the insurance company can’t tell you what to do with the money. Unless, you are Brian Higgins.

The fact that the policy wasn’t bought by Higgins, and the house wasn’t technically even owned by Higgins (it was in his X-wife’s name) the fact that the insurance company was dealing with Higgins on repairs instead of the Mortgage company that had placed the insurance and had already foreclosed on the home, is really a story of insurance and mortgage company incompetence and the Feds trying to keep Higgins from spilling the beans on what really happened in the “Culture of Corruption” which now may be including the Feds as much as City Hall if you take the big picture view.

Because it costs money to access court documents in the Federal Court system, I’m publishing the brief and the additional info. I’m not wasting my money on getting the Fed’s request for an extension and delay. The fact that this case will be tried by students, who are on a school schedule should expedite matters more- but, since the Feds are still covering up the real corruption case, expect delays to continue.

If you enjoyed reading true breaking news, instead of broken news from the major media in Dayton, make sure you subscribe to this site for an email every time I post. If you wish to support this blog and independent journalism in Dayton, consider donating. All of the effort that goes into writing posts and creating videos comes directly out of my pocket, so any amount helps! Please also subscribe to the Youtube channel for notifications of every video we launch – including the livestreams.
Subscribe
1 Comment
Inline Feedbacks
View all comments

[…] Winburn to 6 months (that he never served) and Clayton Luckie for 4 months. Of course, the local small businessman, Brian Higgins got 3 years in the Federal Pen for mail fraud for an amount between $85K and $125K. Is it only Black men that get […]