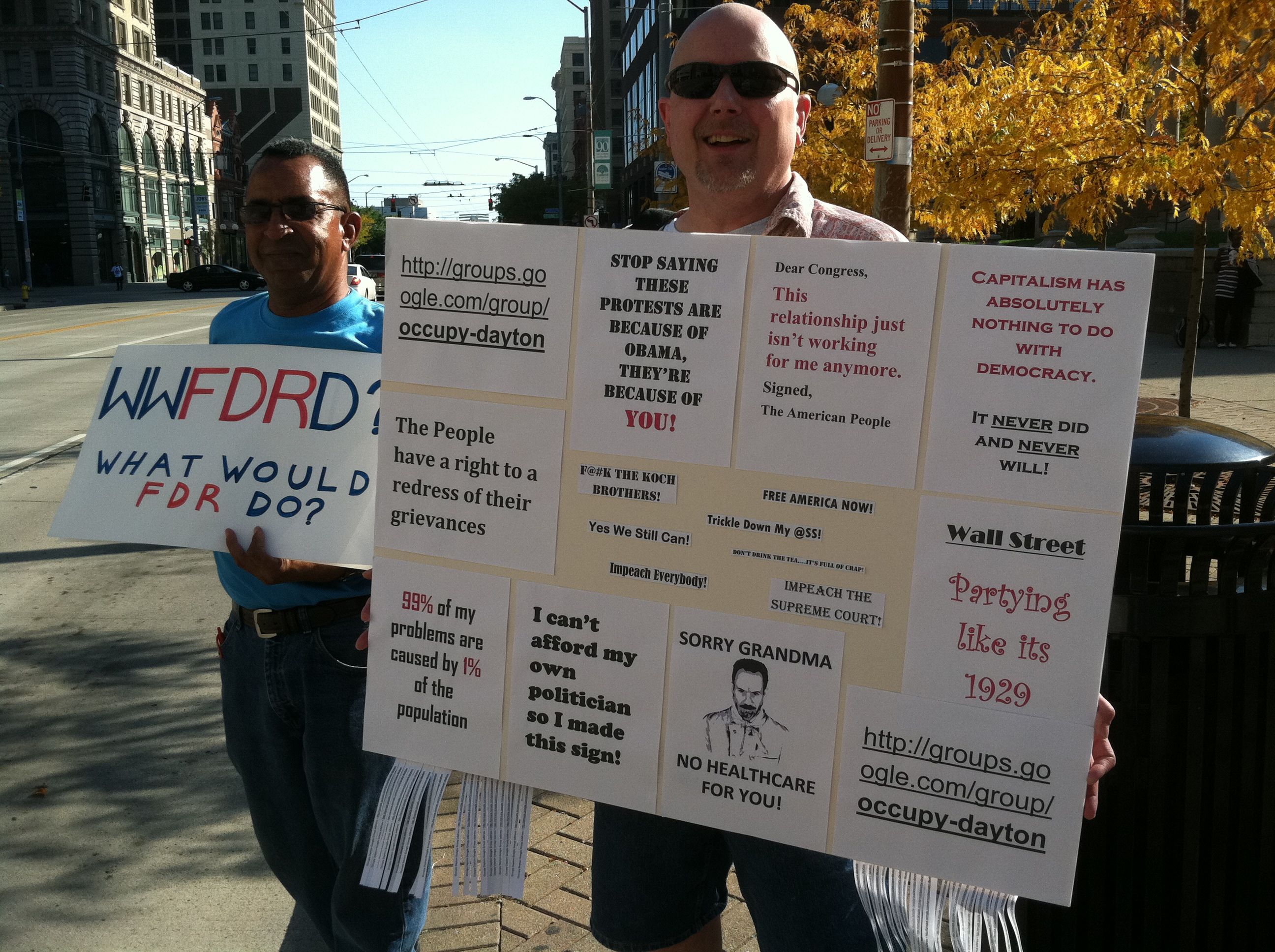 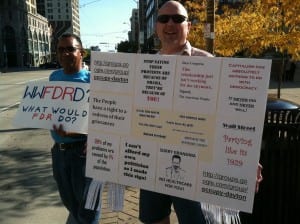 Saw this one sign catches all at #occupydayton rally today

I’ve seen accusations that this #occupy movement is just a start of the Obama campaign. I don’t think the President has any clue of how to mobilize these people, or he’d already be doing it.

The big question to me, is when will see see candidates grasping onto the movement? We have Tea Party Republicans, when will see a 99% Democrat, and what will they look like?

If I were to run for Congress in our new district- to take on the winner of Mike Turner vs. Steve Austria, and were to run as a 99% Democrat, here would be my platform:

Is this the end all and be all of what a 99% Democrat would look like? I don’t know. As far as I know, there isn’t one out there (yet). What would you add or subtract to this?

I suspect the Dems will run another sacrificial lamb canidate, if they bother to field one at all.  Id be willing to be the main action will be the GOP primary if neither Turner or Austria bow out, so we will be treated to the spectacle of these turkeys trying to outflank each other from the right.

Our politicians have given  manufacturing jobs away and big companies now are paying little or no taxes, all perfectly legal because that’s how lobbyists working with politicians set it up.  P&G in our neighbor city of Cincinnati did that BIG TIME.  See article from Fortune. Those running for reelection are blaming the little guy, fire fighters, police, public servants and teachers for the downturn in our eonomy rather than looking at themselves.
Click here: Procter & Gamble and the art of tax avoidance – The Washington Post