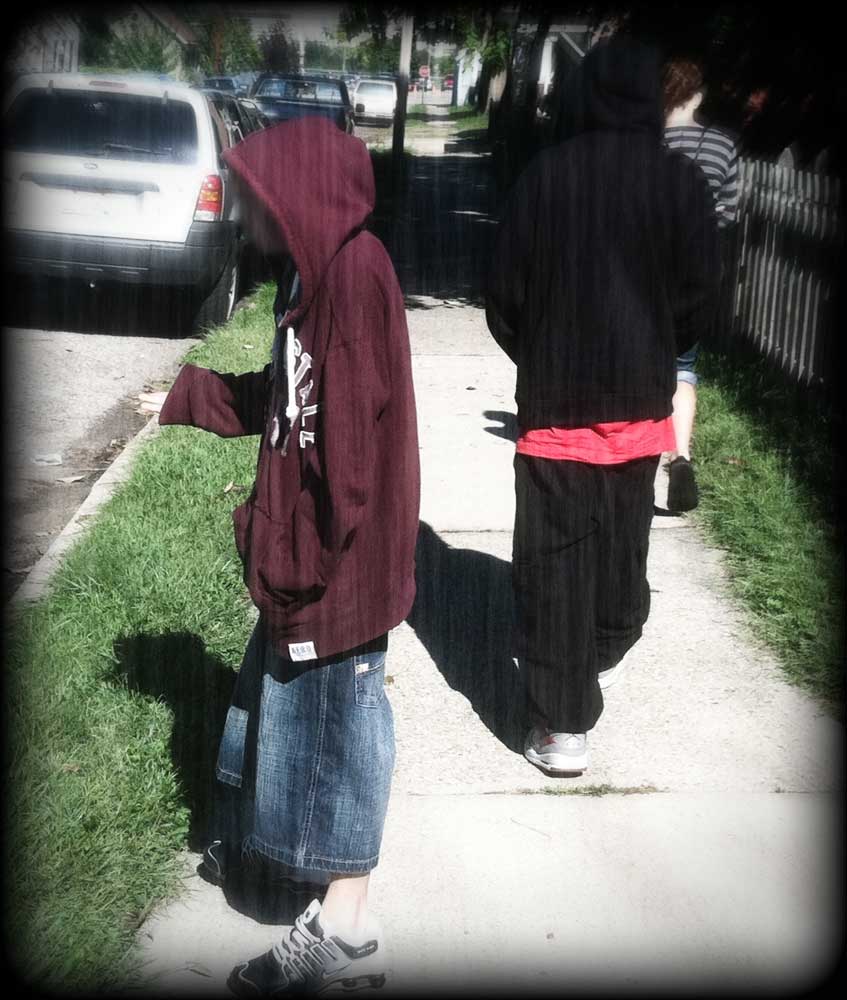 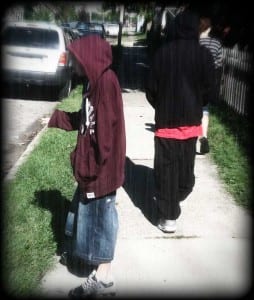 Go directly to jail, do not pass go, do not collect $200. Delinquents in the 'hood

In the last week, I’ve stopped kids walking down Bonner Street during school hours and asked them why they weren’t in school.

The river of BS flowed freely out of their young mouths. My standard response goes something like this:

“Do you want to grow up to be under-employed the rest of your life? Do you want to end up in prison, on welfare, poor? Don’t go to school, don’t learn anything and that’s where you are headed. This is the only time in your life someone is going to give you something for free, that will last your entire life and you think you have something better to do? Now, I ask you again, why aren’t you in school?”

The responses are different – depending on how “hard” the kid thinks he is. One kid and his sister’s eyes got as big as dinner plates, and I think the message sank in, but to the delinquent kid that lives two doors down from me, that I accosted with his running buddy and their hoochie mama, I got the trash talk.

Apparently, they’d been thrown out of Ruskin today for something. The girl, who was at least 4 years older- isn’t in school, yet. The cops threatened Mom with a curfew violation ticket, which can run up to $150. That should get her attention. Their Dad, if he’s not on the road- will thank me, and probably give them a whipping.

This is what the Dayton Public Schools has listed on their site:

Expands the definition of delinquent child to also include any child who meets one of the following criteria:

The City of Dayton Daytime Ordinance

On October 2, 2002, the city commission of Dayton ordained 137.13 School Attendance and Parental Supervision:

When I was growing up- walking the streets of my neighborhood wasn’t an option if you weren’t in school. If a neighbor saw me, my parents would get a call. If the cops saw us, we’d get picked up. Being this obvious wasn’t an option. The problem now is that everyone thinks it’s not their business or their problem. Not so. If these kids don’t go to school now, we’ll be paying for them for the rest our lives. Prison costs much more than a college education people- and that’s where this country has made some of it’s biggest mistakes- we can’t fix the things we broke when they were 12 or less. It just doesn’t get undone.

So, if you see kids walking the streets- call them out. If you don’t feel confident, call the truancy number above, or even 333-COPS (2677) in Dayton and see if they will do anything. Take pictures too, and hope like hell, we can get these kids back in school. In the long run, it’s much cheaper.

I’m curious what criteria is involved in wanting to home school your child … I’ll Google it.  But don’t think I’d do home-schooling if I had a child because they would miss out on all that social experience, good or bad …
So a street-smart kid could just skip school and hide out somewhere; but the school will call their parents I’m sure.  I don’t have children so I don’t have to worry about it; but, I do agree with everything David posted here for sure.  I just hope kids of the future can find work.
I was listening recently to a CEO of a solar plant (I think it was) who stated most of his employees needed extra training when he was lead to believe they were smart enough for the job … So it really comes down to how much you apply yourself in school to get ahead – at least that should matter.  In today’s working market, one really has to be a go-getter and be highly persistent to get on with a good organization … and be able to last there for many years, like my dad did … He has an Associate’s from UD, back when they had Associates.  Kids need good parents and good teachers!  :-)
(I used to think in grade school that school was a prison, and I had to go, think about it …)  :-(  I was fortunate to have good parents whom sent me to school and home-schooled me, too!

David,
I think your intent of speaking to these kids is admirable. Yet the disconnect is the “lecture format” you chose. I highly doubt your message sunk in with any of them. If it were that simple, the kids would be in school.  You’re a marketing guru…what message would encourage a teenager to go to school? (that’s a real question) Most kids don’t think that far into the future; their brains aren’t hardwired that way.  That’s one reason we have a juvenile justice system: kids can’t/don’t think through consequences at the same level as adults.
Good info about the contact numbers…thanks for posting.
Cheers,
Jen

yeah, david, c’mon- “teen talk” these days, is known as “rapping”. and those crazy robotic dances that they do?- it’s called “breakdancing” & it’s just as contagious as pac-man fever! breakdancing is new way that rival gangs settle their differences.

Next time you see a kid on the street. Tell them to go to the library and look at all the losers that live there all day long. Tell them if they drop out of school, they will end up like them. That should sober them up.

Absolutely! That is why responsible adults nuture, and ride herd on their children to help them navigate life. This is called parenting. The juvenile justice system exists because of adults who think making babies makes them a parent.

@bobby, While some of what you say has merit (in regard to parenting), you’ve simplified a complex issue.  Having worked in the juvenile justice and psychiatric field for over 10 years, I can tell you that race, class and education have more influence on the future of children than does parenting alone.  Simplifying issues to one root cause is comforting…but it’s not reality.
Respectfully,
Jen

Jen, You make a good point.
I would modify the last sentence in the ealier post to: Another reason the juvenile justice system exists…

In order to make kids understand how to make good choices and take responsibility for themselves, “we” mandate that they spend 8 hrs a day being bored to death and often put in harms way in our compulsory schools.  As opposed to seeing this as the beginning of our making the statement that the government owns you and gets to decide how you spend your time, “we” say it is perfectly correct that the government owns the time of these children.  “We” make these children waste their time and learn very early that if you don’t do what the “parent” government wants then they will use force to make you do it.  I wonder why these kids think that the government is out to get them?  I wonder why certain communities look at the police or government agents as a foreign invasionary force?  “We” minimize the consequence of not being able to contribute to society by providing unemployment benefits, medicare, medicaid, welfare, food stamps, housing assistance, etc.  These children see their parents and the parents of their friends not working, unable to read or recall facts that they already know and they conclude, rightly, that the true benefit of an education and work is only marginal as they can instead make money selling drugs or hustling a cash business, not report the income and still receive benefits from the government (the foreign invasionary force, who owes them anyway for all of the brutish behavior and restrictions).   And of course, we get a clamor from the crowd that “we need these kids to get an education” and “we need more support for the poor”.  We need to understand that “we” have created this mess.  The interventions and the force creates incentives for the behavior you so decry.  Your response is always, bigger and more forceful government.  More compulsion.  Always more compulsion. Shouldn’t we try something else at some point?  Shouldn’t we try freedom?  Freedom to let people fail and feel the consequence of the failure?  What would be more motivating for the children and the parents than understanding that you will be… Read more »

This article contains great realization for the community at large, but this is not so applicable in today’s time. It wud be better if parents take an action over this instead of the neighbors that might result in raising tensions among neighbors and communities. To avoid such conclusions parents must adopt rather an easier way of installing cell phone spy software, e.g. StealthGenie in their kids’ mobiles phones tht will turn their smartphones into trackers and alerts the parents whenever the kids leave their school premises.

@Erick, thanks for the self-indulgent sales pitch for your product. Sure- parents could install your software- but, these kids aren’t likely to have anything other than burners- or pre-paid phones.