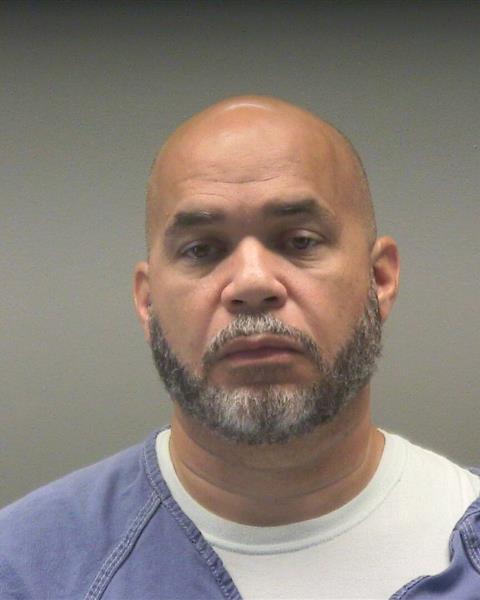 On the same day that Donald Trump was told he’d have to show up for a trial, 22 months after he incited an insurrection- the American Justice system showed its hypocrisy loud and clear by arresting a petty criminal and throwing him in jail to await a trial.

Former Huber Heights Councilman, and former Dayton business and technical assistance administrator, was arrested and charged with multiple counts of crimes of depravity (or desperation).

This is for events that happened just after U.S. District Court Judge Thomas M. Rose let Winburn off the hook for actual prison time for his part in the “Culture of Corruption” investigation that seemed to only arrest Black people for misdeeds involving demolition contracts given by the City of Dayton. Winburn was caught on tape accepting bags of cash in his office, and was recorded explaining to his co-conspirators former Dayton City Commissioner Joey D Williams, businessman Brian Higgins and FBI snitch Mike Marshall how you could use Ring Central to make it sound like you had an office- when in fact, you were just a front for graft.

Williams was sentenced to a year in prison, but got early release due to Covid, after serving a little over 3 months. Higgins got prosecuted for “insurance fraud” by the Feds without any mention of the company he had helped set up for their snitch to catch the public officials.

This journalist broke the story of how Williams was turned into a “Confidential Human Source” 3 years before he stood for re-election, with an agreement with the Feds that he would resign if elected (which he did). Tapes Williams and others made of Whaley, were played to the Grand Jury, according to a former juror. Esrati.com has an appeal pending before the 6th Circuit Court of Appeals to get those tapes released. Normally, Grand Jury proceedings are protected with a veil of secrecy, however a decision by Ruth Bader Ginsburg in 1987, Senate of Puerto Rico v. U.S. Dept of Justice said:

noting that the D.C. Circuit has “never embraced a reading of Rule 6(e) so literal as to draw ‘a veil of secrecy … over all matters occurring in the world that happen to be investigated by a grand jury.”

Winburn had been working for a non-profit, despite being on house arrest for almost a year before Rose let him off the hook. Presumably, these new charges resulted in his loss of employment and were incompatible with his existing court requirements to stay out of trouble.

The case has been assigned to Judge Gerald Parker, who notoriously refused to assign legal fees from Esrati.com’s mandamus action to get videos of the library visit by this reporter where he was illegally arrested ejected for taking photos in public. Parker and Winburn are both Democrats. Winburn is a 2nd Generation political party hack, son of Roland Winburn who served as a State Rep before the Republicans gerrymandered him out of office.

And, yet, once again, nothing happens to Donald J Trump, who committed the crime of our countries history, just proving, only the little people…

Look man, we know you have to bend over backwards to prove you’re not racist after your whole Urban Nights incident. There are a hundred ways you can do this, but whataboutism for this nasty dude isn’t one you should be doing.

@yuck- you spineless duck, who can’t put your real name on this.
This bs that I’m a racist has zero credibility with anyone who knows me.
And- yes- Roshawn is a low-life, but, the standards of justice seem to be different in this world for Black men than orange idiots who were elected president.
Now go away until you grow up and sign your name.

Your actions speak way more than your words (particularly, your oft-repeated canard).

Your insulting/erratic nature is why you’ll never sniff anything resembling an elected office outside of your gentrified neighborhood :)

As I understand it, you were NOT arrested for the Library issue. Can you show proof like an arrest report?

@Celtic Bastard- I stand corrected- I was not arrested- I was ejected, and threatened with arrest on a public sidewalk.
Will fix. Thank you.

Wow, you winning the primary shows why we need a test for people to vote. I’m thinking we’ll see you lose by over 40 percentage points. It’ll be fun watching that. Then maybe you’ll just go away.

This is one of the most poorly written and biased articles I’ve ever read. How are you trying to make this crime about Donald Trump. Sad.