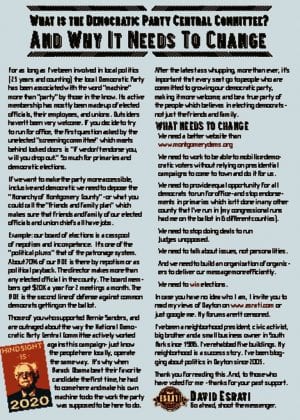 The idea of free elections, the bedrock of the American democracy, is that the people get to choose their representatives to elected office. We all know that thanks to Citizens United, we’ve turned most elections to federal and state office into auctions, but, local elections were still at least relatively untainted.

That is, unless we’re talking about Montgomery County Ohio, where the two major political parties seem to think the old party boss system is still perfectly OK.

This year, the Montgomery County (Un) Democratic Party is going to elect new precinct captains to fill out the party ranks. Typically, these seats have been filled by “the friends and family” plan. Those who have patronage jobs (working for an elected official- who hires you based mostly for loyalty and payback for helping them get elected- not, on your qualifications) typically fill out the ranks- thereby making sure those who are in power, stay in power.

The crazy thing is that running for precinct captain is the easiest thing to do. You get a petition, you determine your precinct, you get signatures of at least 10 dems in your precinct (you only need 5 good signatures) and turn in your petition by February 7th to the Board of (S)Elections in the Montgomery County Building. Make sure people SIGN their name- and have the correct date, etc.

Then, get a walking list of Dems in your precinct and go make friends. Go door to door- and explain that you believe in open honest party politics where the goal is to elect democrats to office. If you want nice printed material, reach out to me- I’m willing to help get you literature which you can put a sticker on with your name and contact info- so that we can win the party back. 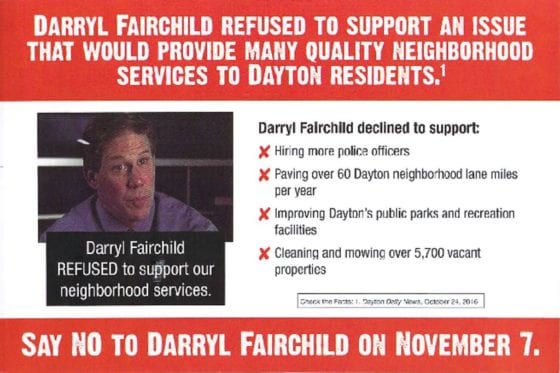 Why is this so important? Because the current leadership would rather spend resources and money on mailings against “un-endorsed” democrats. See this post: Montgomery County Democratic Party eats its own  The party spent money to mail against a Democrat. A guy so loyal that 4 years ago, he agreed to pull out of a race for Dayton City Commission to wait “his turn.” Considering that this is the party that couldn’t even mount a challenger to Montgomery County Sheriff Phil Plummer, one has to wonder what the bar is to be a candidate. It shouldn’t be hard to run against a man who runs a torture chamber posing as a jail.

At the first party meeting post election, I asked to speak and made a speech about how I believe the party is supposed to elect Democrats- not just the friends and family. I called on an accounting of party money spent, without the approval of party membership to mail the smear piece. I made a motion to require a vote to spend party money on anti-democratic mailings. I was rebuffed and lied to, and the motions were voted down.

Mark Owens, our party chair, apparently doesn’t know the difference between vetting a candidate and endorsing one, trying to say the State Party failed to properly vet their last candidate for Governor- Ed Fitzgerald as an excuse for their policy of endorsing in primaries. Reminder- this is the party that supported Clayton Luckie, a State Rep who went to prison for using his campaign money like an ATM.

The party said that AFSCME paid to do the mailing and that I’d find it in the party financial reports posted on the Montgomery County Board of Elections site. I’ve gone and downloaded them. I can’t find the donation- or the expenditures clearly marked. See if you can find them. 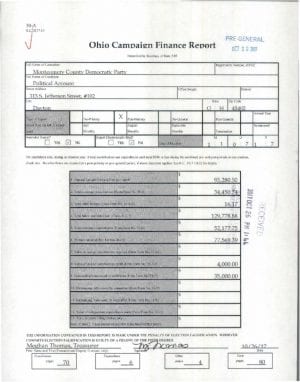 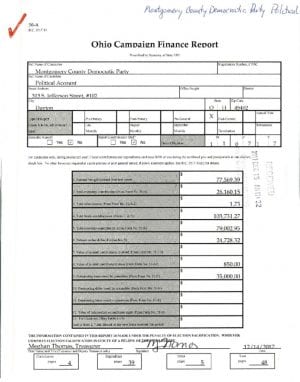 The next primary election could be the turning point. If enough progressive, honest dems take over the Montgomery County Democratic party we can eliminate endorsing in primaries. We can let the people decide who they want to represent them. We can stop the party elite from choosing a Hilary instead of a Bernie for us.

However, it takes the effort of 360 independent minded democrats to pull this off. After the election, the party gets to fill empty seats- with anyone they want, whether or not they live in your precinct. This is how they consolidate power.

It’s time for this to stop. If you have questions, feel free to contact me at [email protected]

It’s time to concentrating on electing democrats- not just the friends and family.

Piece of MCnonDP history: Mark Owens was the Whale’s choice as Party Chair. Why? Because she could control him. Nice guy, but not leadership material. Yes, she controlled the Party well before she bought her elected positions.

…you’re absolutely right David. Elections are nothing more than auctions. Look at Hillary. She outspent Trump four to one and that’s why she’s president today…

[…] Source: The return of democracy to the Montgomery County Democratic Party depends on YOU! – Esrati […]