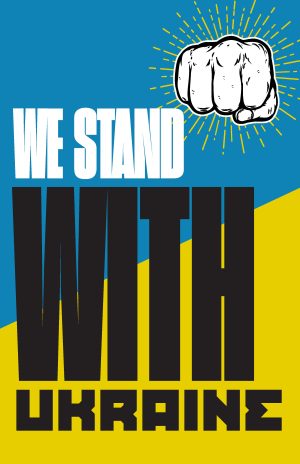 Preface: I know this isn’t a normal esrati report type topic- and my highest military rank was E-4, but as the saying goes, those who don’t study history are bound to repeat it. With the world wired web- technology and information flow is totally different for this war than any other. It’s why I can reach just as many people as the Dayton Daily news on any given day.

War has been obsolete since the first atomic bomb was dropped on Hiroshima on August 6, 1945; we just refuse to admit it. If the goal is to obliterate “your enemy” it’s come down to a few reckless leaders “pushing a button” which will end life as we know it on our planet.

War was never something to be proud of. It’s the result of a failure of statesmanship, a failing of leadership; it’s what happens when there’s a mis-balance of power; or it’s the manifestations of someone in power who is off their rocker. While we try to wrap war in glory and love of country, there is never anything romantic about death and destruction, no matter how many medals you hand out.

Sadly, war is also big business. The United States spends ungodly amounts of money to have a military that’s supposed to protect us. I’m not sure we’ve got our money’s worth. We lost our “investments” in Korea, Vietnam, Afghanistan and Iraq. Sure, we whipped Grenada and successfully kicked Panama’s butt, but when it comes to fighting our big bad enemy, Russia, we let them waltz into Crimea, Syria, and now Ukraine without lifting a finger.

But Ukraine is different. We actually had the nerve to get the Ukrainians to give up their nuclear weapons with the promise to protect them if they were attacked with nuclear weapons. Since Putin has only used “conventional weapons” – well, you’re on your own.

And it’s not just governments coming to the aid of the Ukraine. Hackers like anonymous have stepped in and disabled Russian websites. Microsoft jumped in to stop a Russian malware.

Putin is posturing to unleash his nukes if we intervene, just to make sure we don’t embarrass him if we did step in. Because, that’s what would happen. Putin is re-fighting a war like WWII, and if there is one thing the US military has always been exceptional at it’s in knowing and preparing to fight the last war. If we stepped in, Putin’s navy would be on the ocean floor, his air force would be obliterated and his armored columns would be roasted hulks to be pushed off the roads in a day, or maybe two.

Putin knows this, which is why he’s threatening to use nuclear weapons as a threat to stop intervention. Economic sanctions won’t hurt Putin personally a bit, although over time, his own people may tire of the manifestations of his Jesus complex. The invasion of Ukraine is going to be different than previous wars. Ukraine isn’t some third world backwater and the internet has empowered people to publish first hand accounts in real time, outside of our leaders’ grasp or their power to censor.

There will be instant documentation of the horrors of war for all to see. Gone are the days of covering up war crimes, or even being able to hide your tank movements: Google maps identified traffic jams where tanks were impeding traffic. Seeing Ukrainians gather bottles and broadcasting how to make a Molotov cocktail brings the mismatch of a David vs Goliath into clear view. The fact that the Finnish improvised weapon, named after a Russian politician, has become a rallying message for the world to step in and stop the bully is both ironic and iconic. But so far, the leadership of the “free world” seems to be frozen in place, unwilling to do more than impose sanctions and send arms. Fear of nuclear retaliation is finally starting to dawn on them as a real possibility after ignoring Putin’s misbehavior for decades.

There have been books that warned us of the futility of war, there have been movies that have showed us the horrific personal tolls wars cause, and yet, we still have waved the flag of “peace through strength” and blabbered on about the “nuclear deterrent” as if it was a real thing. Stopping the sale of Russian vodka in Ohio is the brainchild of an incompetent imbecile, cutting off the SWIFT payment system to the Russians is almost as ineffective, because no one had any faith in the Ruble to begin with. Coming to a gunfight with an arsenal of Swiss Army knives is just as impotent.

There is the possibility that the Russian people could rise up against Putin and end his rule of terror, and the demonstrations in St. Petersburg and Moscow show that his iron fist isn’t as feared as he believes. The bravery of the Russian people to demonstrate is inspiring. So are the images coming out of Ukraine showing the former boxer Vitaly Klitschko, turned Mayor of Kiev leading the fight, the former Miss Ukraine Anastasiia Lenna wearing safety glasses and modeling an assault rifle, and an unnamed teacher, who has just enlisted: crying, fearing death, but doing her part to defend her country with a gun she barely knows how to use.

The Ukrainian people deserve our support. They deserve the whole world’s support. We have battles to wage against a pandemic-causing virus, we must stop climate change, it’s not too late to end hunger, illiteracy, cure cancer, and bring peace on earth, but it won’t happen until people like Putin are stopped cold in their tracks. Because, we’ve already had two “wars to end all wars” and apparently failed to learn the real battle, the real enemy, the real problem is that we don’t understand that peace is worth fighting for and that peace is all that matters.

End the Russian invasion, and stop believing that lines on a map, or that cultural differences matter. We’re all members of a single race, on a single planet, and we’re all responsible for the human condition, no matter what flag we fly.

Good post but somewhat obscure on remedy. I can’t tell if advocating direct US military confrontation with Soviets…errr…Russians. Clearly, Putin is a deranged fucking madman who merits a bullet in the back of the head….but risking nuclear war with him is a HEAVY price. But I would be open to Congress debating a declaration of war…maybe that’d scare Putin straight.
I think the policy Biden is following is the correct one. Assemble the world against Putin (when was the world as united as now?), economic sanctions, and arm the Ukrainian resistance for however long it takes. Add to it expanding NATO to every European country the now surly feels scared shitless by Putin’s aggression.
But back to Ukraine. This is their fight and they’re (thus far) proving the point that it’s “not the size of the dog in the fight, but rather the size of the fight in the dog”.

Remedy- sink the warships off Odessa, blow the planes out of the sky, and bomb the tank columns. All targets in Ukraine or Ukrainian waters.
It won’t take very long for the conscripts to start running back to Russia.
As to Putin using nukes, that would require more than just his finger on the button, hopefully- there are some smarter Russian Generals.

Hugely risky. Somehow I doubt there’s a very robust command and control system around Putin….or one that’s independent of his whims and willing to push back on his crackpottery.

You are out of your mind. We have zero to gain helping a corrupt government in an area of no strategic interest. What is with you liberals wanting so desperately to get into a conflict with a nuclear power? I have a great idea…worry about our borders and not Ukraine’s.

Posted this on FaceBook in dialogue wisdom of military action that has some relevance here.

I completely get the sentiment we NEED to do something more about what’s happening in Ukraine than just flying a flag or posting on Facebook (Jewish Community Services of South Florida is collecting donations for Ukrainian refugees if looking for a more tangible contribution to the Ukrainian people).

But back to Ukraine and what to do. That’s where there really are no good solutions. If Russia was a country lacking nukes, I’d be all in on having us declare war on them. But unfortunately, they do have nuclear weapons, intercontinental ballistic ones, so direct military conflict is incredibly risky.

Watching what’s occurring on the news and the evil Putin is unleashing is infuriating. There’s no doubt the guy’s a fucking madman who merits a bullet in the back of the head. But I think what Biden is doing is about right (unite the world, sanction the Russian economy so it tanks, and arm the Ukrainians to the teeth).

What we cannot do is overreact which leads to WWIII. Remember after 9-11 how infuriatingly pissed-off we were? So much so we weren’t thinking straight that we bought into the Iraq invasion that had nothing to do with the attack. The discipline is to continue to be pissed off at Putin but don’t allow a terrible situation for the Ukrainians to become a cataclysmic situation for planet Earth. The article linked is worth a read in these emotional times.
https://www.theatlantic.com/…/stay-calm-and…/624169/