Today, the Montgomery County Board of Elections certified 5 candidates for the district previously known as Ohio 10, currently held by Republican Mike Turner.

Turner, first elected in 2003, shortly after his loss in his third bid for Mayor to Rhine McLin by 1000 votes, has been challenged by a string of relatively unknown candidates, with about the same results- at best, a 14 point spread in the vote. The district has always been gerrymandered to skew Republican, but has become easier to reach with conventional media since Turner first took office. Early versions spread out of the Dayton media reach down into Highland County. Now, it’s just Montgomery, Greene and a cherrypicked part of Clark, all of which can be reached with Dayton TV and radio. 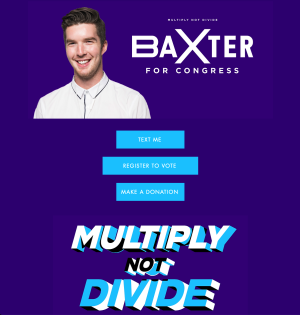 Nothing to see here…

Esrati, author of this post and blog, has run previously as has Hardenbrook. Benjamin and Stapleton are first time candidates. Stapleton announced in September, but as of certification day still doesn’t do much more than ask for donation on his site, www.baxterstapleton.com

The search for information on Hardenbrook brings one archived page, from his 2002 run for congress. No information is available on Benjamin. Esrati has reactivated his ElectEsrati.com site which includes links to all the other candidates as well as his platform- which is totally small business centered.

Esrati believes that small business is the largest untapped resource in America- yet, our government continually creates additional difficulty for small businesses and startups. As a small businessman, he owns an award winning ad agency, The Next Wave, he has worked with small business for the last 32 years. One of his main initiatives is to simplify the collection of payroll taxes in America. “When I started in business, you entered in the rates for payroll deductions for your employees and your accounting software generated how much your taxes and your paychecks should be- now, you have to pay a third party to pay each employee- a tax on paying taxes.” 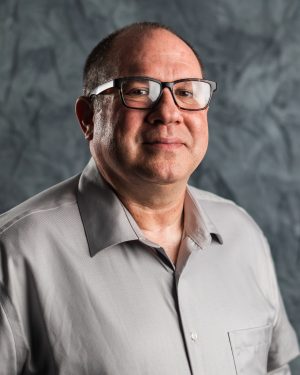 Along the same lines, he wants to spread out tax filing dates from April 15 and the extension dates- to having taxes due much like your auto tags- spread out monthly based on the name of your business. January is for business names starting with A and B, February C through E etc. This makes tax accountants able to have year round work- and balances the  work for the IRS. He also wants small businesses to be able to buy into Medicare coverage for employees without penalty to people who have coverage through spouses. The only non-small business proposal is his real-time campaign finance reporting system, complete with verification of donors. It’s part of the platform of Esrati’s 501c3 non-profit, “The Modern Policy Institute” – he figures that with real time reporting, small business will be able to tell who bought their congressman next time a tax abatement or “economic development” deal gets pushed through. As to those incentive programs, Esrati plans to outlaw any incentives to private business that aren’t open to all sizes of business with equal and fair standards. There is no reason that Intel should get billions from small businesses in Ohio- while small businesses in Ohio can’t get simple small business loans.

Since the boundaries of the district have yet to be set by the redistricting commission, it’s an even shorter primary window. Reconstructing Dayton, Esrati’s 501(c)(4) will offer to organize debates to livestream, create candidate videos for any of the Dem’s that are interested. Esrati believes the number one problem is a lack of a true “Voter Information System” in the country- and has ideas to make elections, candidates and our political process more transparent and accessible, although that isn’t the objective of his campaign for Congress.

The primary is currently scheduled for Tuesday May 3, 2022.

Please don’t spend much money on this David. You and the others have no chance. And that’s good because the four of you would be a disaster in Washington. Gadflies and low knowledge representatives are not what we need.

Lawd. Are you going to do another Reddit post? The last one was a hoot until you ended up getting run out of there.

@Jerry- always nice to know that “Gadflies and low knowledge representatives” aren’t what we need-
I guess you want Jim Jordan, Lauren Bobert, Marjorie Taylor Green? Turner votes in lockstep with those whackos.
Go Trump yourself.

Hi David, always appreciate your hard work and excellent website. I also like what you say about small businesses and the government putting up roadblocks. Have you ever researched FAIRTAX.org? It’s a 20% national sales tax (they say 23%, but 20% would be easier to calculate). You pay the tax when you buy something, and it eliminates the IRS, all federal income taxes, corporate income taxes, capital gains taxes, payroll taxes, Social Security taxes, Medicare taxes, gift taxes, and estate taxes. The FairTax is simple, transparent, and easy to understand! (*Also includes a pre-bate to help all people with food purchases.) All that time you spend figuring your taxes? GONE! Trump pays his lawyers and accountants to HIDE his profits? GONE! All that money wasted on creative accounting or tax write-offs? GONE! It would greatly help U.S. small businesses. Please research it with an open mind. Thanks and good luck!

@Joe Schmoe- I am well aware of Fairtax.org
However, before we do that massive overhaul- I’d like to see some common sense systems put in place, and stop Wall Street from controlling our economy. You don’t “invest” in stock for milliseconds- you gamble.
The current jumps in gas prices are profiteering- nothing more. That’s where Government can and should step in.
And- paying billions to private companies- without restrictions on executive pay- be it Intel to move to Columbus- or Moderna to develop a vaccine- is criminal as well.
Small business needs to be supported. That’s all I’m going to focus on.

While most tax accountants would love to spread the work out, we also realize that making taxes due monthly based on the business name creates far more problems for accountants than what is solves. It would be an absolute administrative nightmare and the OSCPA and AICPA would lobby against that to the extreme.
Anyone (Joe) that is pushing “Fair Tax” has absolutely no understanding of how our current tax system or economy works. If you want to rapidly expand the wealth gap while simultaneously crushing the economy….by all means promote Fair Tax.
To your point David, I agree that we can’t continue to allow stock market players to gamble and create instability in our markets. It isn’t investing.

Hey Andrew, do you think our current tax system “works?” If Pres. Trump paid less than $750 in 2017, and Elon Musk paid less than $70,000 from 2015- 17 and paid ZERO in federal taxes for 2018, then the system is broken. We do NOT want to pay accountants/ lawyers/ businesspeople to understand work-arounds in our tax system. Most people want a system that is understandable, transparent, and fair to all. “Green” energy should not get tax benefits, nor should start-ups, minority-owned, foreign-based, etc. Just make it the same for everyone! (Of course accountants are against this.)

…as sure as Spring follows Winter and daylight follows darkness, yet another secession is clearly visible. And that is the inevitable bi-annual electoral ass whuppin’ rendered by Mike Turner to an endless list of Democratic fall guys.
One might ponder why, with this constant chumpification going into yet another decade, these candidates would willingly reduce themselves the equivalent of pro wrestling jobbers?…

@the old Bandito- glad you survived Covid. Welcome back.

Interesting slate of no-name candidates? Except for David Esrati, ever wonder why no one of substance : no platforms that rival Turner ?
Let’s change the narrative!

I cannot hold my nose and ever vote for Esarati even though i am a diehard democrat. I just won’t vote for that seat if he is the only democratic choice. Glad the Democratic party is not supporting him.

@kenneth Forrer, for being a “die hard democrat” you didn’t vote in the 2022 General election, the 2022 municipal election, the 2022 Primary, the 2021 municipal, the 2021 primary,the list goes on. You are not a diehard dem- which is determined by your actual actions.
You had 4 choices in May – you stayed home.
Is your sudden decision to comment here because I talked about “Death with Dignity” yesterday on my livestream townhall? https://youtu.be/Na1M0FFzu2k You do work for Hospice of Ohio. If people could choose to end their own lives on their own terms- you might be out of work.
You don’t know me. You aren’t an informed voter- or even a reliable one.
If you want to elect Turner to be the Trump asshat he’s become- and make sure abortion is illegal- go ahead and skip the election.
And- btw- try commenting on Turner’s site- or even getting a response.
Cheers.