Judges have a special place in society. They issue opinions, but, they really aren’t allowed to have any of their own.

In fact, the idea of electing judges is kind of ludicrous if you think about it. They may be a D or an R, but it doesn’t appear on the ballot. They may talk about their experience and training, but can’t say how they’d rule once elected. In other states, judges are picked by their peers, because, frankly, most voters couldn’t tell a well written legal brief from a pathetic one.

And when it comes to Juvenile Court Judges- they have to take an extra step of never revealing the identity of those they preside over. 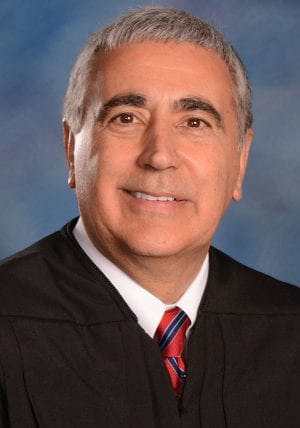 So, when Judge Anthony Capizzi talks about juveniles who are set to appear in his court, before he’s made a ruling, before they’ve had a trial, while they are “innocent until proven guilty” he’s overstepping his boundaries in a way that should have him removed from the bench. Read the following.

Montgomery County Juvenile Court Judge Anthony Capizzi has said the four 16-to 17-year-olds in the Huber Heights robbery will automatically be bound over to common pleas court if he finds probable cause. Moving the two 15-year-olds to adult court, however, involves more discretion, the judge said.

In a wide-ranging interview with this news organization last week, Capizzi said he is worried about a “generation of drug users” whose children are adversely affected.

“I believe we’re beginning to see long-term mental limitations or restrictions,” he said. “We all know a child’s brain doesn’t mature until age 24-25. What were they thinking? They just don’t think about two hours from now.”

As president of the National Council of Juvenile and Family Court Judges, Capizzi knows the latest juvenile crime data. There is a downward trend overall, “but the level of crime has shot up dramatically,” he said.

“Kids used to steal bicycles and break into garages. Now, they rob someone who has a cellphone and they have a weapon,” Capizzi said. “The fact that youth have weapons now changes the game.”

Although Plummer pointed a finger at juvenile court judges for being too lenient, Capizzi said some have accused him of being too tough, particularly when athletes are involved.

He said he was lit up by parents, coaches and administrators from a school he wouldn’t name after refusing to order the removal of a star player’s electronic ankle bracelet during the basketball playoffs.

“The bigger issue is they believe they can get away with whatever they want to do and they’re privileged,” Capizzi said.

But, when someone disagrees with Judge “Run his Mouth” Capizzi, all of a sudden, he’s entitled to special protection (article continuing)

“If I ever see him I’m beating the (expletive) outta him he better pray I don’t catch him downtown coming out of that building,” said a social media post that carried Capizzi’s photo.

Last I checked, the first amendment still applies. Like it or not, what Devin Wilson says, and does are two different things. And, yes, while threatening an officer of the court has criminal charges attached, the statements he was reacting to weren’t official rulings by the judge- which should be dealt with in court, via appeal, but the off-book ramblings of a Judge who spoke when he shouldn’t have.

Or, consider how screwed up things have become, when the President of the United States now says that Democrats in Congress were treasonous by not clapping for him. The same standard would have had the republicans in congress lined up and executed for sitting on their hands while President Obama spoke. Treason is serious stuff, as are threatening to beat up a judge, but, when is someone going to beat up the judge for speaking outside of court?

Well, you must consider that posting specific threats of violence on the web ought to be understood as unwise by any sensible person. It’s not “free speech” when it crosses the line into the realms of cyber-bullying.

In the light of the bigger picture–our system of criminal justice perverts the rational thought processes of attorneys who become blind to justice in the service of winning the case. Every time I hear a prosecutor saying that new evidence does not deserve to be considered “because the defnedant had a fair trial” has no sense of fairness or human decency; rather a depraved habit of trying to hide the truth in favor of a big won-lost record (and defense attorneys do the same).

The British have a system where everyone is held to serve truth and justice, not to wrangle to hide evidence in order to beat the other side. We’d do well to fix our system so that Heck and his colleagues are held to those standards.

Juveniles don’t have a brain. Ask any parent. Judges have a brain…and we pray a heart. Sending children to adult court is heartless. Just throwing them away. Retribution over rehabilitation.

These guys have a lot in common,
I’m going to add the filing of a felony criminal complaint o the things they have in common for their criminal actions involving JC96-5878, a case where a female received free legal aid , an order of support and garnishment even though she NEVER had an order of custody because she had been found an unfit parent by the courts and children’s services. The sneaky and subversive notification tactics of not naming the recipient of the garnishment monies, I wrongfully assumed it was my mother who had legal custody, and would be entitled to support and garnishment. My daughter should have one file with everything regarding her welfare in it including the unfit parent information that was used by the court in awarding custody. But somehow with all of the collective education, experience and professionalism of these trusted public officials , they serviced my daughters support case for 16 years and didn’t notice the duplicate orders until I responded to a notification of the unpaid support after my mothers passing. Then instead of doing the ethical, judicial ,Constitutional , oath of office reaction of addressing the mistake and issuing corrective orders, they turned it into a felony by dismissal of the case and acting like it never happened . To show my gratitude for everything they’ve done TO the community and families of Montgomery County , I’VE put together a very special surprise party for everyone involved

My children are victims of Judge Capizzi’s illegal corrupt rulings. I’m sure many Montgomery County Children are. Capizzi abuses his authority. Kids4Cash