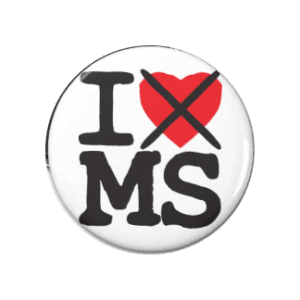 Tim Cook, CEO of Apple, is gay. According to Mississippi Governor Phil Bryant, some people are allowed to decline him service.

The measure signed by Gov. Phil Bryant of Mississippi allows churches, religious charities and privately held businesses to decline services to people if doing so would violate their religious beliefs on marriage and gender.

Apparently, Mississippi didn’t learn about civil rights and non-discrimination from Dr. Martin Luther King, so maybe it’s time for Tim Cook to teach them a lesson.

Let’s face it- Citizens United says corporations are people too- and have a right to buy elections, and by the same standard, they should be able to decline to serve an entire state if it wishes to discriminate.

My proposal is that Apple shut down all their Apple stores in Mississippi, tomorrow. Then, shut off access to the entire state to the iTunes store, to iCloud, to Apple Maps and any and all programs on residents’ iPhones.

I would hope that Google joins in- and sets up a geofence and denies service to the entire state. No Google. No Google Maps. No Android updates.

I would think that if these three companies cut off all services within the state- Mississippi would cease to exist- but, for good measure- Ebay, and PayPal can join in too. All of these companies have believed in and supported diversity. Microsoft can jump in too- although who really uses Bing?

Since we don’t have legislators or leaders who do anything without the almighty dollar directing them- maybe, just maybe, teaching the people of Mississippi a lesson not to elect bigots, racists and haters to office will send a message to all of these holier than thou misanthropes a lesson.

Enough people died in Mississippi to end segregation in the sixties. Supposedly, we moved forward- to where we no longer judge people by the color of their skin, but by the content of their character.

America has no place for bigots like Phil Bryant.

Which of our corporate chieftains will have the fortitude to step up and stop this hate from spreading?

This is a great idea, Dave.

If we stop selling camo lingerie to women in Mississippi, their men will lose all desire to procreate, thereby completely depopulating the state in a matter of decades.

Great idea. In addition to punishing the people you are trying to help, you get great optics by denying service to a state where 37% of the population is African-American.

@Joe Mamma- “Optics”- so – it’s ok to deny civil rights to “gay people” because, well, we can’t hurt the other minority group that used to be denied equality?
The idea is to force change. I’m pretty sure if these companies just said they would do what I suggested- things would change in a heartbeat.

In Mississippi, dating can be very, very confusing.

In most states, if your date enjoys beef jerky and chewing tobacco, you can generally assume you’re dating a man.

Most places, if your date is wearing logging boots and a John Deere cap, you’re probably dating a dude.

In Mississippi, you might be with a debutante on her way to the Spring Cotillion.

The University of Mississippi is taking steps to make students feel at home on campus by replacing the dormitories with trailer parks. Additionally, all academic buildings are being redesigned to resemble Walmart stores as much as possible.

Now that Hulk Hogan’s lawsuit has been settled, he will become the new chancellor, just as soon as he pummels the old chancellor with a folding chair and challenges the dean of students to a steel cage death match.

…yeah David. You got it right. We’re gonna’ use the full weight of government to force religious types to conform to the religion of liberalism. We won’t rest until abortion on demand and up to 10 centimeter dilation is performed for free at every medical facility named after a saint. But you’ve failed to mention one of the most blatant of these violators right in your own back yard, dear David. There is a house of worship on Josie Street right next to the Steamboat House which refuses to perform gay marriages. And since this bunch pow-wows on Friday, I suggest you confront them this very morning, tell them the error of their ways, and inform them what standards you wish to force (your words not mine) upon them. Then let us know how that works out…

The difference is, Ol’ Bandito, the people at the house of worship on Josie St. are not Christians so they’re allowed to choose who they do business with. It’s only discrimination when the Christians do it.

Response #3 in this thread is Classic Esrati – “I’m pretty sure if these companies just said they would do what I suggested- things would change in a heartbeat.” Oh, yes, if only the whole world would the things that DE suggests… oh, what a wonderful world it would be!!

Ice Bandit : as a flaming homosexual myself, I couldn’t agree with you more! Once we start pointing the government guns at others, eventually they will be pointing at us. I am more than happy not to take my business where it’s not wanted. No problems. No fuss.

Mississippi: where the men are men, the women are women, and the sheep are nervous.

Ice brings up a straw man by saying, “There is a house of worship on Josie Street right next to the Steamboat House which refuses to perform gay marriages.”

Ice, can you cite even a single law anywhere that requires churches, synagogues, mosques or other places of worship to conduct marriage ceremonies that violate their beliefs?

You are very baaaad man.

The Sheep of Mississippi