Last week Dayton Public Schools launched their enrollment campaign- done by the Ohlmann Group, the highest bidder. We mentioned it: If this is the best DPS can do. 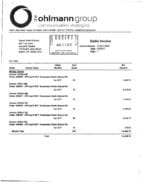 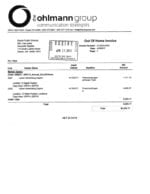 They spent $20k in media, but were supplied invoices from The Ohlmann Group- not the invoices from the media outlets. Considering their contract says they are only going to mark their invoices up 10% – DPS has no clue if they were paying 10% over net or gross- because, they don’t have anyone there who knows anything about buying media. The way radio and TV stations bill ad agencies as a middle man, there is the gross amount- and a 15% agency discount. It’s all horseshit these days – since the media outlets long ago hired huge sales teams- and even offer “free” production of ads. That’s why you see the “pan and scan” with a voice over ads- over and over for local businesses.

We asked for the DPS instructions to Ohlmann for this campaign and the invoice for the “creative” but those have not been released.

The real issue is that right after the campaign launched, DPS got hit with a protest over a 4th grader being put in handcuffs. DPS should have consulted their marketing/pr firm for an appropriate response, but, instead, stood mute as people asked questions. Instead of taking the campaign down- they continued with their “Great things are happening” while the public is hearing- we put kids in handcuffs. We’ve yet to see anyone from Ohlmann at a board meeting.

But, what we do see is a circus. At the last review session, where we asked at the beginning if they should be continuing with an ineligible board meeting, Board President Dr. Walker claimed they knew nothing of it (lie). Considering I’d informed responsible parties within the district, by continuing, they violated their own rules.

They discussed, and wasted the first 90 minutes of another one of their epic meetings – the handcuff situation, the “newcomers academy” or “international academy” and what to do with the historic Longfellow, without an iota of research, historical reference or input from their overpaid staff.

The handcuff issue was actually old news. This happened last fall. To have it come up now- just reeks of incompetent messaging management. The proper response is a simple one, instead, they did their best to imitate United Airlines.

On the international school- we’ve been there done that. First was the ESL school, Miami Chapel, and then, when that closed and was torn down, they put 900 kids over at Patterson Kennedy Elementary and it was like the united nations. Of course, institutional knowledge isn’t valued in DPS- most of the people who know this stuff have been shown the door, and the rest- well, they are ignored by the new superintendent and crew- who think they know it all and everyone who works there is expendable except them.

As to Longfellow. This conversation was as confused as could be. Why we need an entire building to house approximately 60 kids is confusing already. But, the boards lack of knowledge about historic structures, real estate development, real estate disposal, and preservation is epic. However, they throw out all kinds of possible “solutions” without any research or supporting documentation. Why they waste the public’s time with their wild ass ideas is incompetence on display. This time, it was costing them at least several hundred dollars an hour, as their attorney from Subashi & Wildermuth, Tabitha Justice (that’s really her name- a lawyer named Justice) had arrived to be part of the following executive session and sat through the clown show while her meter was running. Not a single mention of how the board disposed of the old Hawthorne School, or any discussion of Historic Tax credits. Of course since they fired their property manager in the November putsch, they don’t even have someone to assign this to.

Then came Dr. Hazel Rountree with a “presentation” based on her visit to Cleveland. We were assuming Cleveland Ohio, but the first site she pulled up was Cleveland Tennessee. She was so excited about the ads their agency had done, and was going to show them to us, but the district filtering software wasn’t allowing it. She wanted to get the agency from Cleveland who did these ads to give the district a quote. Does that mean they’re ready to fire The Ohlmann Group already? That Hazel didn’t know how to give a presentation using PowerPoint doesn’t give us much hope for our kids. There is a microsite for the “Get 2 School- you can make it” campaign, but as to what video she wanted to show, we’ll never know. BTW- while Hazel was fumbling her website- Superintendent Rhonda Corr who should have know immediately that Hazel was on the wrong site- sat on her thumbs and let Hazel twist in the wind.

However, if you want to see the difference between a district doing competent marketing and DPS’s failure- all you have to do is go look at the Cleveland Public Schools YouTube page and see how many videos they are posting and compare it to DPS.

There are ways to run a school board meeting, and a good superintendent wouldn’t allow school board members to turn it into a carnival barkers midway. Corr has no concept of control or command- and often sits there like a dazed bystander. Someone should show her video of how Kurt Stanic ran a meeting- or better yet, bring Stanic back.

As a final insult, the agency DPS hired to help them, Ohlmann, is spending $125K on media to promote the pre-school promise for Learn to Earn. And, after reading my firms proposal on how to market DPS, Learn to Earn is copying our playbook according to the Dayton Daily news:

The Preschool Promise board approved a large marketing plan this week, including plans to hire a vendor to run a “field campaign” for grassroots outreach in Dayton. Board member and former Dayton mayor Clay Dixon said the marketing approach “is of the utmost importance.”

“That is actually how we’ll go out in the community, shoulder to shoulder, eyeball to eyeball, with the parents to make sure they are aware of the program, aware of what we do to get those kids into one of our quality programs,” Dixon said.

The board’s request for proposals for field campaign vendors is going out this week. Lightcap said the vendor will hire people who know Dayton’s neighborhoods and can build relationships with community partners, all in an effort to connect with the families who would participate in expanded preschool.

When the Issue 9 people finally release their post election finance report- how much do you want to bet that Ohlmann either worked on the campaign or donated to it? We may never know, since the Neighborhoods for Dayton’s Future- seems to be exempt from post election or annual filing.

In the meantime, we’ve got a school board with an ineligible member, fumbling around with issues, while their lawyer racks up billable hours for sitting on her thumbs, and a union that’s ready to strike. We’ll have more on how to remove the entire school board posted soon.

Question #1. Who is sleeping with who, between DPS and Ohlmann ? OR conversely, who owns who, and how much are the payments.
Question #2 Do you really think the campaign reports will show anything The passing of funds was probably done with so much smoke and mirrors, even a forensic accounting specialist would be left clueless!!
Question #3 – What has changed in DPS in the last 40+ year? NOTHING except the increases in spending?
Question #4 – Who remembers the school board meeting(s) in late 70’s / early 80’s, where the meetings were such a calm, civilized event, there was at least on , and maybe more meetings where one member challenged ”let’s take this outside”, and a fight erupted in the hall!!
When will a Dayton School Board do its job, and run the system like a well-oiled machine and not like a club for people clueless about education?