This time, there were chairs for an audience. Didn’t stop Channel 7 and the paper for claiming they were the ones who stopped the first meeting (by leaving the room). All the TV stations were there. Noticeably absent was Dr. Robert Walker, board member. But DPS was there in force- Dr. Lolli, Dr. Burton, Treasurer Hiwot Abraha, head of facilities Richard Reyford, and of course the PR dept. Marsha Bonhart and Dr. Venita Kelley.

The district even filmed it.

I did too- and made a little video of the pertinent parts about the open meetings laws: 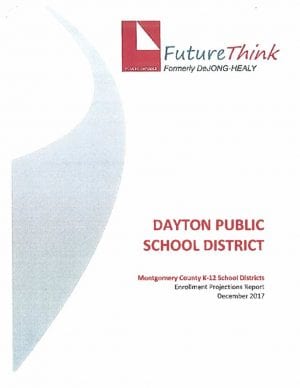 Future Think, formerly DeJong-Healy offered a summation of their study on enrollment projections

I wasn’t given a packet- but DDn reporter Jeremy Kelly offered his up for me to photograph. I later asked the district for digital copies and got scans of printouts (not ADA compliant)- which I am sharing here.

I took photos of the votes on the white board. I’m posting those. Each member was given two dots- to help rank what they thought was most important.

The task force added two members thanks to pressure from the NAACP- Loretta Williams- their education director, and another minister. At the NAACP meeting the minister to people ratio was probably 20-1. When you consider that both African American school board members are ministers- we now have 3 ministers on this task force- and still not a single parent, student, or non-affiliated community member.

The task force asked for more data- and all of it was from the district- once again, proving that this is an official committee of the district- fully required to be open meetings compliant. The information that they were asking for wasn’t rocket science- and should have already been gathered and available to the internal administrators of DPS- who should have been able to do this themselves- because that’s what they are paid to do.

However, it’s pretty obvious from Dr. Burton’s first spreadsheet presentation in December- right up to yesterday, that she’s a blithering idiot pretending to be smart.

The slides with the building costs per student are all incredibly incendiary because  she includes the Jackson Center building which is housing the former Longfellow students. Something like 30 students, 3 teachers- and a whole building to heat and light. Outliers like that shouldn’t be part of your curve. Shock factor for stupid people. If you pulled that shit in a board room of professionals you’d be fired on the spot- after they laugh you out of the room for even presenting it.

I’ll say it again, including Dr. Tom Lasley of “Learn to Earn” is like GM inviting Fiat Chrysler in to decide what plants to close. The man has his own tax funded, un-regulated school board, that hands out public tax dollars to private companies to take DPS students away from the district for substandard pre-schools.

This is a WTF inclusion on a task force that for the most part, may be smart people, but, when you get down to the reality of it all- we pay professional administrators in DPS to do this work, including our interim Superintendent, and have a school board who we elect, to make these decisions. This is a total abdication of their responsibilities and handing off public decisions to private enterprise. Which, of course, is what caused all these issues in the first place- since DPS has been losing students to less-regulated, charter schools, which for the most part- either perform on-par or much below DPS. 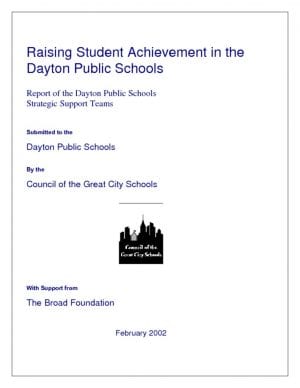 We’ve been there, done that when it comes to performance

The task force is “studying building closures” – a facilities decision, yet are asking a lot of questions about school performance and quality. This is outside of their assignment, but what would normally be done by an accountable superintendent. Here is 96 pages of the same bullshit from the “Council of the Great City Schools” from 2002 talking about fixing the schools. No need for more study- what’s been missing is competent leadership that can restore faith, order and competence to the community.

When it comes to facilities and performance, now that the only people who will benefit are the people who have designs on acquiring the closed buildings after 2 years of vacancy for pennies on the dollar, or those that receive income tax dollars from the employees- we have to realize that the buildings, the locations of the buildings and the where the students live that go to those buildings have NOTHING to do with the educational performance in the buildings. Educational performance is people- buildings are just a tool. Oakwood does fine with 100 year old buildings, we could too. This task force should be limited purely to operational efficiencies- which mean costs of transportation, costs of keeping the buildings open, and how to best fit the students we have into the least number of buildings for efficient operation. We bus kids no matter what. Walking is so last century.

The obvious answers on reducing operating costs is to close Valerie- because it’s an old building, shut down Longfellow at Jackson Center, sell off HQ and the building across the street. Reduce HQ staff costs which are among the highest in the state. Move back to the old HQ on First Street- or lease back a tiny bit of Ludlow from it’s new owner. Sell off the vacant land that the district is still maintaining and then temporarily close EJ Brown which is a mess. Make a decision on if you are a PK-8, PK-6, 7-12. or 9-12 or whatever- configuration and stick to it. 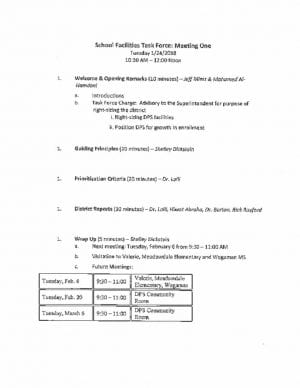 The agenda for tours should tell people something- first three buildings are Valerie, Meadowdale Elementary and Wogaman. Two are in Harrison Township and pay no Dayton income taxes.

The reality of this whole exercise is that the people we elect, and they pay, to run our schools are being subverted by an ad hoc organization with no accountability to the people of the city of Dayton.

Our new “interim superintendent” is handing over this process to City Manager Shelly Dickstein and the people can sit in the back without any input as these outsiders overrule home rule.

The entire school board should be recalled for abdication of duty, but since Ohio makes it almost impossible to do, we’re stuck with what we have.

Reverend Harris and Mohamed Al-Hamdani are driven by other factors, mostly their own egos.

Al-Hamdani has already been rewarded with a job in the county building- working for Russ Joseph in the County Clerks office. This hasn’t yet been made public. Note, Board member Sheila Taylor works in the City Clerks office where Russ Joseph used to be her boss. When the local party controls two members via their patronage jobs, we’re already in trouble.

This task force can only bring more trouble.

The board needs to start interviewing for a real superintendent, and figure out who can lead this district, because right now- it’s not them, it’s not the interim superintendent and it certainly isn’t the staff, who sprung this on the community at the last minute. 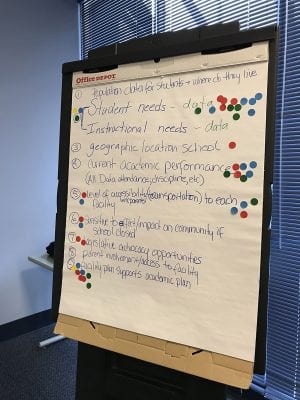 The task forces’s voting on priorities 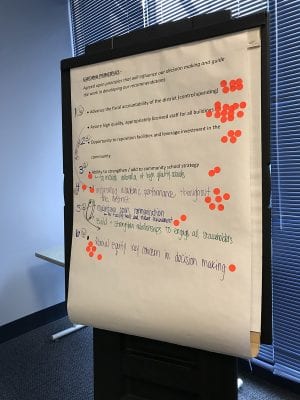