I’ve know Joe Lutz, aka Joey London, for at least a dozen years. He lives in my neighborhood, South Park, but hasn’t been involved in the neighborhood organization. His house, on Warren Street, was one of the ones Miami Valley Hospital hasn’t been able to acquire and tear down, despite repeated tries. I am used to seeing him tearing up the dance floor at David Hurwitz’s bi-annual solstice parties, sometimes with not much more than a Speedo on. I’ve always considered him a friend- and an interesting soul. Until this election, I’ve never known him to have political aspirations, and was surprised when I heard he was running for Mayor (incorrect) and now City Commission. He’s agreed not to raise more than $10,000 in his campaign, if he raises any at all.

He runs a company called “Dayton Digital Media” that has a website that looks like it was built pre-turn of the century. The information is static, dated as are the animated GIF’s in the heading. From his bio: 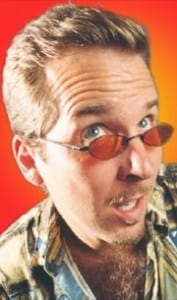 Dayton Digital Media, Inc. was founded in 1995 by Joseph C. Lutz. He serves as the President of DDM to this day. Mr. Lutz’s roots run deep into technology, graphic arts and corporate quality. During his tenure as a Professor of Engineering at a local college Mr. Lutz developed his acumen for technical training and multimedia programming. He served as Faculty Consultant to The Center for Interactive Learning in 1994-95. During his years working in industry Mr. Lutz designed, built and operated chemical plants and spearheaded NASA/DOE research projects. During the late 1970’s, he was a photographer and worked in the Los Angeles film industry.

More recently, Mr. Lutz was one of the few people on earth to be simultaneously certified by the American Society for Quality as a Quality Engineer, Reliability Engineer and Quality Auditor. Mr. Lutz holds a graduate degree in economics as well as degrees in engineering and liberal arts. With Mr. Lutz at the helm, you can be assured that DDM will help your firm reliably communicate your corporate message with great fidelity, whenever and wherever it must be heard.

Feb. 16, 2013, Joe was a presenter at Pecha Kucha night, the same night that the Mayor gave his presentation on rebuilding “this old crack house.” Joe, talked about “the Science of Dance” – from his years of experience club dancing. It was quite entertaining. He’s written a book about it:

Joey London’s first book, ‘Trouble on the Dance Floor: The COMPLETE Guide to Emergent Nightclub Dancing’ hit number one on Amazon in two categories. It describes all facets of emergent dance, from simple techniques to the deep psychology behind the experience. Interwoven into the book is a memoir of the 50th year of his life as viewed from the nightclub dance floor and beyond. “Trouble’ explores the primal aspects of Self and how they can be unleashed at the club. This book is a complete handbook for the nightclub dancer. ISBN-10: 1466438703

Joey London’s exciting first novel, ‘The 2012 Debates’ is now available (in paperback and Kindle) at Amazon. It’s the story of the pseudo-intellectual lay about Jerry Linden, pimping out his rhetorical skills to the highest bidder. Jerry ends up debating all of the important political issues facing America today. He is a soldier of fortune working as a hired gun in debates for the Tea Party, Republicans, Democrats, and Occupy Wall Street folks. In these various roles he argues all sides of the issues while maintaining some semblance of personal integrity. The plot has more twists and turns than a Rubik’s Cube. With both Tea and Occupy support, Jerry Linden finds himself at the head of a new political movement called ‘The Unified Opposition.’ A quick read, ‘The 2012 Debates’ is airy but not vacuous, sexy but not pornographic, substantial but not staid. Truly a page-turner, this book is a romp that you can polish off in a day. Not only is it entertaining, it is also thoughtful and provocative. ISBN-10: 1470011409

I can’t find a website for his commission run, and last Facebook update was to tell his friends he made it on the ballot on Thursday the 14th of March.

When viewing Joey as an artist and a photographer, I’ve always found his work provocative and surreal. He has a huge direct-to-print camera he calls the Giganticam, which takes incredibly long exposures. Unfortunately, I can’t find examples of the work online, except on Facebook. Here are three examples of exceptional portrait work by Joe. 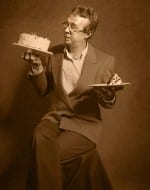 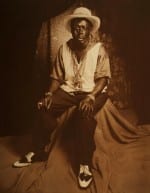 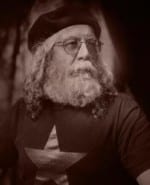 I’ll try to keep my readers up to date, by posting video of candidates’ nights, links to sites and other information about the campaign.

If you enjoyed reading true breaking news, instead of broken news from the major media in Dayton, make sure you subscribe to this site for an email every time I post. If you wish to support this blog and independent journalism in Dayton, consider donating. All of the effort that goes into writing posts and creating videos comes directly out of my pocket, so any amount helps! Please also subscribe to the Youtube channel for notifications of every video we launch – including the livestreams.
Subscribe
2 Comments
Inline Feedbacks
View all comments

I love eccentrics like this….I remeber seeing that dance book around and wondered about the author.  Thanks for the background.  And yes the portraits are impressive!

Really digging that shot of Mr.Vines