If you think the indictments will stop with Joey Williams, RoShawn Winburn and Clayton Luckie on public corruption, you are sadly mistaken. Nothing happens with demolition contracts without multiple people signing off.

A while back, we saw the city part ways with former planning director Aaron Sorrell, without much insight. Sorrell had been right dab in the middle of the mess of the hole on Ludlow which pumped a bunch of city money into demolition contractors hands, first Steve Rauch and then Bladecutters. Never mind the mess with Student Suites, or how Rauch ended up owning the former Cox building on the corner which is still sitting and rotting. Read the details here: The hole on Ludlow.

You’ll see my idea of how to fix it near the end:

A good start would be firing Sorrell and Dickstein, and then liquidating CityWide Development to pay for the fixes, and then dismantle the Downtown Dayton Partnership and start returning the tax to the property owners. Those who want the common area maintenance performed by the “Ambassadors” (minimum wage workers in green shirts hired by an out-of-state firm) can band together to hire their own street sweepers.

Then, maybe, we can learn to leave the development to the private sector and concentrate on providing basic city services like plowing snow and collecting leaves, and hanging basketball nets on city courts.

I’m a bit behind on posting campaign finance reports and an analysis, because, well, I’ve been super busy with the run and covering the indictments (story coming). But, here’s the finance reports from all five Dayton City Commission Candidates. 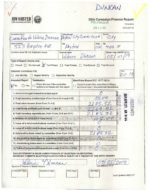 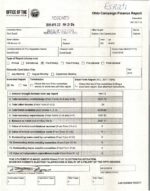 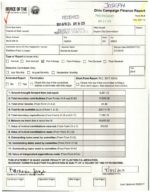 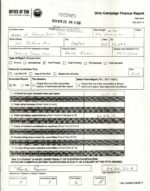 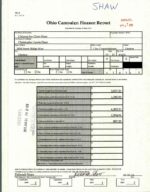 You’ll see that both Turner-Sloss and Duncan hired my firm for help with their campaigns which seems odd, until you realize that my prices for printing are a fraction of what Shaw and Joseph paid. This is an incredibly odd situation in politics.

And while this is the pre-election 2019 reports, the older reports get much more interesting. Like where Chris Shaw gets $3000 from Steve Rauch. His largest single donation on record.

Matt Joseph has a much longer record. But, I’m only able to find 1 donation from Rauch- and missing documents from a report. 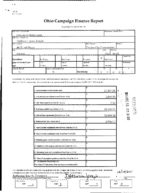 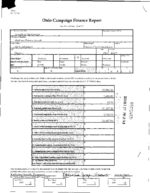 The real questions with the big money attached that need to be answered are in the fund raising for the Dayton Income Tax increase which both Shaw and Joseph backed. Now that the gloves are coming off, the real reason the average donation from 150 donors was $1873 was that the Mayor was telling folks that we don’t have any money to fund your projects unless you make a donation of at least $2000. You can see who this worked on in this post:

What do you have against the Ambassadors? It’s a shame that they can’t get funding to pay more than they do, and they certainly aren’t hired by an out of state office. Source: I work 5 feet away from the Ambassadors.

@Amanda- the ambassadors aren’t city employees. At one point, they were hired by a staffing firm from out of state. They are paid by the Downtown Dayton Partnership- which is another quasi-governmental slush fund, where the director makes more than the Dayton City Manager. The City could easily hire the ambassadors as city employees and pay them living wages and benefits and do the job that is normally the responsibility of property owners. Wake up.

To be fair, I never stated that they were city employees. I believe that they are a great asset to the Downtown Dayton community, regardless of how they are funded. The COD doesn’t currently have the cash to fund their program as it stands today, though it would certainly be favorable to provide higher wages & benefits to the Ambassadors, I’m sure anyone would agree. It would benefit you greatly to be able to dialogue without resorting to personal attacks; i.e. “Wake up”.

@Amanda- no, I mean it when I saw wake up. I’m not here to play polite when the director of the Downtown Dayton Partnership makes $200K a year – to oversee 12 actual employees- all making over $50K and we pay the people who do the work chump change. The city of Dayton has money to buy buildings for half a million dollars – and then give them to developers from out of town for $10. And apparently, we have former city commissioners who were getting patios built by promising demolition contracts.
That’s not how I roll.