When I released the cell phone video of the teacher getting dragged through the hall of Ponitz word was Corr blew a fuse. Ponitz Career Tech has a “bad day” was published Oct. 23, 2017. Since then, no students have been suspended for this. No administrators punished. The only two people who were disciplined- were the two people from culinary arts- who were placed on paid leave (how this punishes people, I’m not sure). One was denied due process and was off for a week- the other was off longer. The real victims were their students, who didn’t have competent substitutes teaching while their teachers were suspended.

I now have the video of what happened from the school security cameras. It has had the students faces blurred- you will see clear boxes around the staff- including the teacher who was dragged down the hall. I called her “Chef 2” in the last post, and my opinion of her has skyrocketed since watching this video. She has my respect for doing something most teachers, never mind female teachers would consider doing- making sure kids weren’t hurt.

The number 2 guarantee that DPS used to make to students and the community was that they would be safe. (Number 1 was to be educated). You can clearly see here that she put the safety of the kids in front of her own personal safety.

You will also see a woman, Lonie Meyer. She seems to be in the center of the football players before the fight- as if they are circling her to protect her. Later, you’ll see a player with his arm wrapped around her in a way that I would consider inappropriate in this day and age. For the record, she tried to tell me that there were inaccuracies in my first article about her, but when I asked for clarification- nothing else was said.

Since I don’t have the camera locations, sharp video, time code, this is the best we can do to tell the story.

The video should make it pretty clear- this isn’t what the community expects in a well run high school.

The second video, clearly shows Ms. Meyer in the middle of the fight- then off to the side, doing nothing to stop it until Chef 2 makes her appearance.

In case you don’t realize the obvious, this isn’t appropriate school behavior. The district rules are clear, if a teacher is hurt- the student is transferred to another building. The penalties for fighting are suspension. None of that happened. 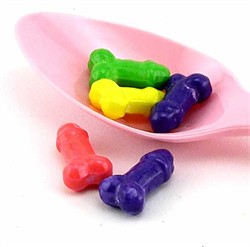 Considering my 13 year old got suspended for 10 days for having brought “Dick Tarts” to Horace Mann PK-8 a while back, I’m kinda wondering how far downhill disciplinary rigor has fallen. For the record- Dick Tarts are mints shaped like a penis.

Right around the time that the fight happened, I placed a public records request with the district for travel records.

Many people had told me about Principal Ray Caruthers and how he wasn’t in the building much. Travel records were the first line of questioning and I asked for his and for the Principal of Stivers- Erin Dooley, who does know how to run a high school.

The Dooley travel and expenditure reports were easy. She’s not traveled. She’s not spent money on expenses related to travel. She’s in the building (from what most sources say- 7 days a a week). 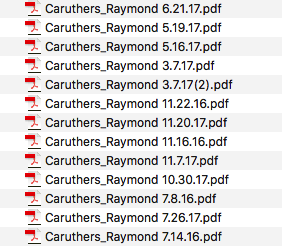 Caruthers on the other hand is gone a lot. 12 files worth.

Now, according to the expense report, he was at the “OCTA 2017 Spring Conference” on a “School Improvement Grant.”  From Oct 11 to the 13th. Looking over his report, there is something really wrong. Ray lives in Columbus. The conference is in Columbus. The man got himself a hotel room for the two days for $319.60 and the district paid for it.

He also turned in mileage from an address in Beavercreek to Dublin Ohio (68.1 miles)  for $96.80 and the district paid for it. I checked, it’s 13 miles from his house to the conference hotel. And we paid for mileage and a room- and the students paid for it with a riot.

The task of compiling all of Ray’s trips, redacting personal info, and analyzing how many other liberties he took with his expense report is something for another day. Unless someone actually looks closer at these reports, at his time clock check-ins, and these videos and fires him, at which point I can let it go. It shouldn’t be my job to police HR policy at DPS, but I can assure you that the previous principal, David White, wouldn’t have had this happen in his building.

If DPS is wondering why they have shrinking enrollment, this post should make it abundantly clear. Parents aren’t going to send their kids to a place that can’t maintain discipline. Or, where your kid gets stabbed on the playground in broad daylight- and the case is unsolved (for the record- World of Wonder in Residence Park is one of the schools that’s mentioned for closing/under-enrollment).

Corr may be on the way out, but, the question is why isn’t Caruthers? Why isn’t the person who signed off on all this travel for one principal? How did no one, students or staff, get disciplined?

How does this school board not be held accountable? The three remaining members, Robert Walker, Sheila Taylor and John McManus were on duty when this happened. They hired Corr. They changed her evaluation from mediocre to amazing- 6 weeks before they put her on paid administrative leave. It’s time for them to go and let the new board chose replacements.

If DPS doesn’t want to close schools and wants the trust and faith of the community, this kind of wilding by students can’t be left unaccounted for.

And, if you are wondering why Head Football coach and local legend Jim Place resigned? This video of his football team was too much of an embarrassment for a man that preaches character day in, day out.

I’m sorry I had to share it, but, two months after the fact, justice still hasn’t been served.

I’d be interested to hear your thoughts in the comments.

You might want to reconsider your comment about David White as he was just involved in a jumping incident at Trotwood where students physically beat him on video. All but one of the students have been allowed to return to school.