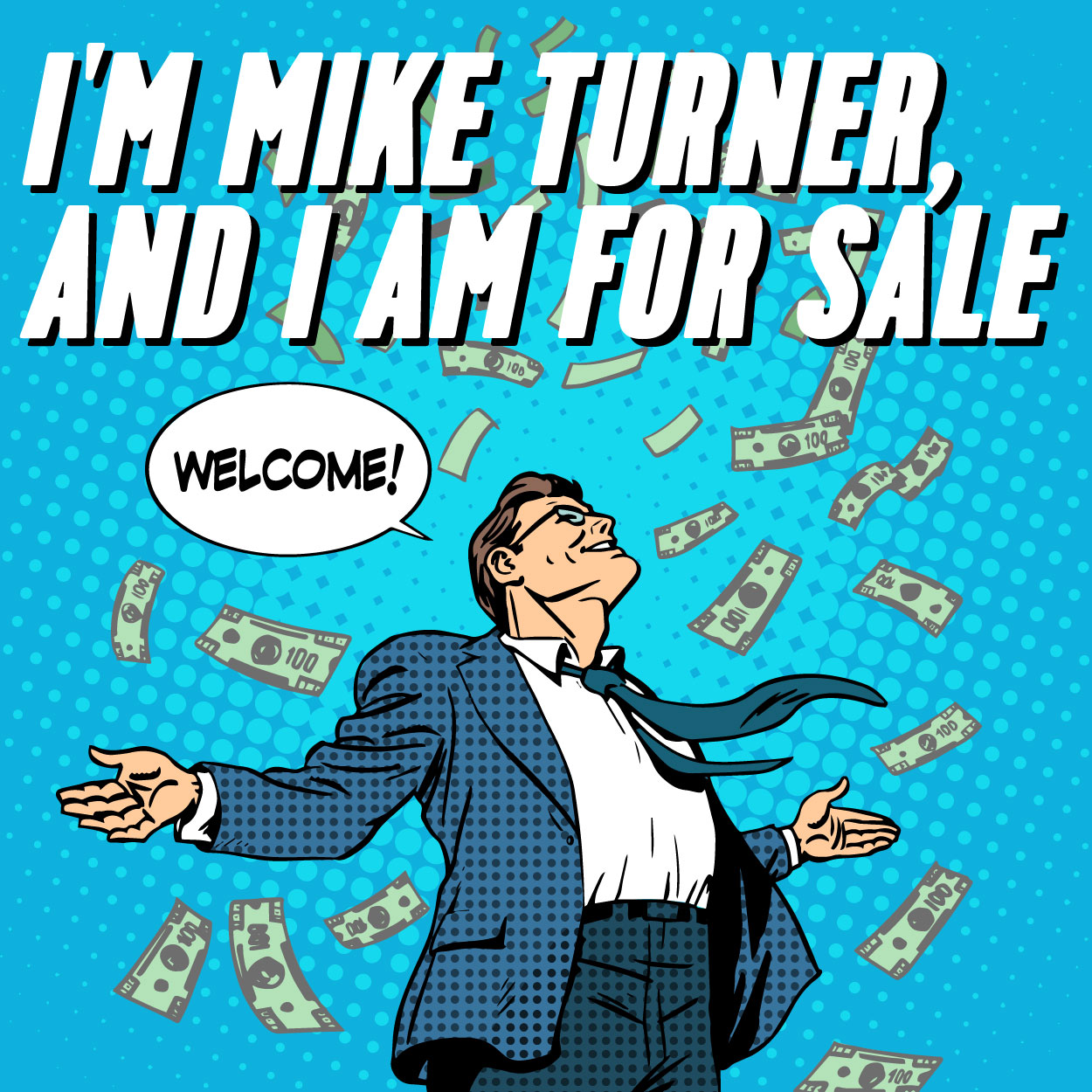 Campaign finance reports for the first half were due on July 15th. Apparently, the Dayton Daily news no longer cares about who is buying your congressman.

Hint: 79% of Republican incumbent Mike Turner’s money comes from out of state and his average donation is $1,617.61. Democratic challenger David Esrati on the other hand, has 84% in-state and an average donation of $326.66

Esrati has no backing from Political Action Committees, Turner has $258,900 in PAC money.

Yes, this is America where we have the best politicians money can buy.

Esrati’s leading donors are retired: Kevin Harrington with $2000, and University of Dayton President Emeritus Dan Curran in for $1000, followed by retired developer of The Greene, Easton and Liberty Towne Center Yaromir Steiner (a fellow former paratrooper) in for $850.

Turner on the other hand has a bunch of CEO/President types, mostly defense contractors, headed off by Michael Bridges who seems to have illegally overpaid at $8,700 (the cap is $5800, made up of two max donations of $2,900- one for the primary and one for the general). 44 names follow Bridges – including billionaires:

That’s 19 Billionaires that I can uncover out of Turner’s list of 224 donors.

Esrati has zero billionaires buying his way to congress and 74 total donors.

Voters get to choose between the Billionaires choice Mike Turner and small business owner David Esrati on Nov 8, 2022.

It will be a pleasure watching you crushed in November. The only question is by how much.

David, what have you done since the May primary? Most congressional campaigns hire Finance Directors at 5-6 K a month and a Finance Assistant at 4 K a month. By raising less than 20 K in a whole quarter, your campaign is in big trouble. To even start paying to bring in a Finance team you need to pay them about what you’ve brought in in donations. Your not getting any help from the Ohio Dems and Montgomery County Dems. You also need to hire a campaign manager unless you can buy in to the Ohio Coordinated so they can do the work for you. By default you’ll get 39-43 percent of the vote, a great campaign team would add several points to it. You can’t run your own campaign David. You slept through May, June and July Finance wise and now you have 100 days until Election Day.

@Herb, you don’t know what I’ve done. And, you forget, I know how to advertise. I don’t waste money on people who will already vote for me.
My donors are happy I’ve not been paying a finance director $6K a month.

David, you should have raised at least a few hundred thousand dollars already. Who is going to distribute the mail pieces you create? Let me give you a tip.. have a fundraiser.. the Friends of David Esrati, you could call your campaign. Have some important people in Dayton throw a fundraiser for you. I don’t know why I’m giving you advice but if you want to raise lots of money, throw a 250 a plate dinner in Dayton in the next 2 weeks, have multiple fundraisers, have Democratic congressmen and Senators throw a fundraiser for you. You can thank me later for the advice, if you don’t take it, keep bringing in 20 grand a quarter and see what that buys you..