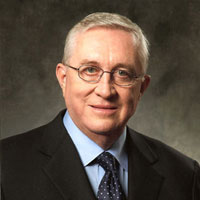 If New York City can have the services of Michael Bloomberg for a dozen years, why can’t Dayton benefit from having local business legend Clay Mathile take the helm as the new Montgomery County Administrator now that Deb Feldman has found her soft landing which so many of our local political has beens seem to find.

Instead, our county commission is announcing the de rigueur “national search” to find Feldman’s replacement:

Feldman’s leaving this year came as no surprise to anyone, it has been known for over a year by insiders. The real question is why, if Feldman was such a capable leader, do we need to do a search at all? Why hadn’t she groomed a stable of capable replacements. As I’ve said before, true leaders build organizations that can continue smoothly after they leave. Despite various pundits claiming Apple without Steve Jobs was doomed, its stock price has almost doubled since Jobs’s death and the profits keep soaring. Granted, the real question comes after 2-3 years to see if the product innovation pipeline continues to deliver smash products, but for now, look at how smoothly the company transitioned leadership.

Besides being well known in the region, he’s also someone who chose to build a business here and did it successfully. His focus on high-performance organizations has been backed up with his kind donation of Aileron to the community- a business institute committed to improving businesses for the health of our community. He knows our community well, as well as all the major players and could be the one leader who is capable of moving regional cooperation and consolidation forward without having any of our mini-fiefdom leaders toe the line and get in step.

And of course, while we’d be more than happy to pay him what Feldman makes or more, I’m pretty sure he’d work for a $1 a year, and attract a whole bunch of new talent to the ranks of county government of young bright talent who know the value of the experience of working with a business tycoon. Gone would be the legions of sycophants and patronage peons who grace every floor of the county building, putting in their time for their almighty pension payoff.

Sure the argument can be made that at 71, why would Mathile do this? Bloomberg seems to have found new energy as mayor of NYC and would have been more than happy to serve another term. If Bloomberg can, why can’t Mathile?

Our region needs a transformational leader more than ever, and the short list of possible candidates is small. My second choice would be to recruit David Hopkins from Wright State or possibly Dan Curran from UD. Former hospital network CEO’s could also be on the shortlist.

If we’re going to rebuild this community, we should begin by realizing that we have local talent, we only need to look around and think of what could be, instead of what we’ve done in the past. The past is what got us here, time to move on.

I welcome your suggestions, comments or candidate submissions on this post.

Would we be getting the Clay Mathile who was a marketing genius and a cultivator of business leaders, or the one who didn’t understand NCAA rules about student athletes?

My point is that remarkable success in certain lines of work does not indicate success in others.  Running a government entity might be better done by someone who’d specifically trained to do so and who had performed the job in a smaller city already.

Submitted with a high degree of uncertainty; I don’t know whether Mathile or another would be the best choice–I would want to look through the applicants’ materials first and then sit through the interview process.  I will say, with certainty, that I think all public hires ought to be subject to competitive applications.  I’ve seen a lot of public hires based on “we like you” and my observation is that they rarely work out in the public interest.

What does Clay think about this idea ?