Expecting anything remotely resembling rational behavior from the Board of Education that hired two sociopathic superintendents in a row would be like suddenly believing in Santa Claus on your death bed. 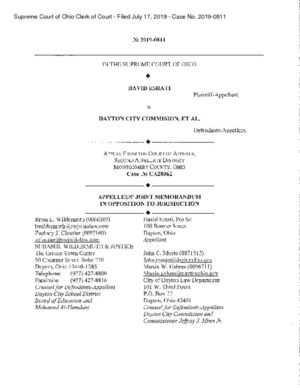 The board just had to pay their old attorney, Brian Wildermuth of Subashi Wildermuth & Justice, to file a response in my appeal to the Ohio Supreme Court over their claims that their closed door meeting on a school bus constituted an “Information session” and was somehow exempt from the Ohio Open Meetings Act- also known as the “Sunshine Laws.” The fact that Wildermuth can’t write a word of truth in his response is immaterial, the fact that they somehow think this is worth fighting is beyond believing in Santa Claus. It would have been infinitely cheaper to just pay the fine and say they were sorry- but, no one on this board is that bright.

There latest brilliant move is to hold a “retreat” outside of the district. How far outside? Dave and Busters in northern Cincinnati. This is illegal.

Note, the new Ohio Attorney General is incompetently posting the handbook now as a Microsoft Word Document- which can harbor viruses, isn’t universally readable, etc. instead of a PDF like predecessors. Here’s the link to the Yellow Book. 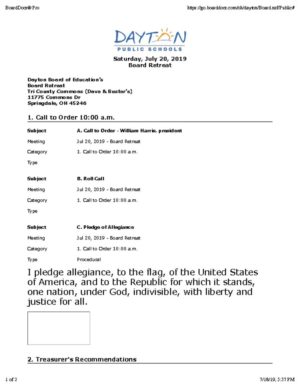 In case the board didn’t know it- the board retreat scheduled this Saturday will constitute a violation. I have 2 years to file for an injunction after the fact.

Here’s the agenda.
And, of course, there is the clause that’s never enforced in Ohio-

(4) A member of a public body who knowingly violates an injunction issued pursuant to division (I)(1) of this section may be removed from office by an action brought in the court of common pleas for that purpose by the prosecuting attorney or the attorney general.

Considering this board is in charge of the worst district in Ohio, and the State takeover has been postponed by the legislature, this would seem to be the perfect way to remove the entire board and start anew, without having to “take over the district.”
I reached out to the only reasonably sane board member to ask if he was going, and John McManus said he was informing the board that he would not be attending this illegal meeting. The only question is which of the other 6 will go.
It’s hard to be the worst school district in the state, especially when your board members can’t read the law.
I’ll thank Santa Claus for the $500 fine when they get done with their game playing at Dave and Busters.
If you enjoyed this post, make sure you subscribe to my RSS feed! If you wish to support this blog and independent journalism in Dayton, consider donating. All of the effort that goes into writing posts and creating videos comes directly out of my pocket, so any amount helps!
Subscribe
1 Comment
Inline Feedbacks
View all comments

Probably time for you to get a lawyer involved.

Anybody willing to take this on pro bono?