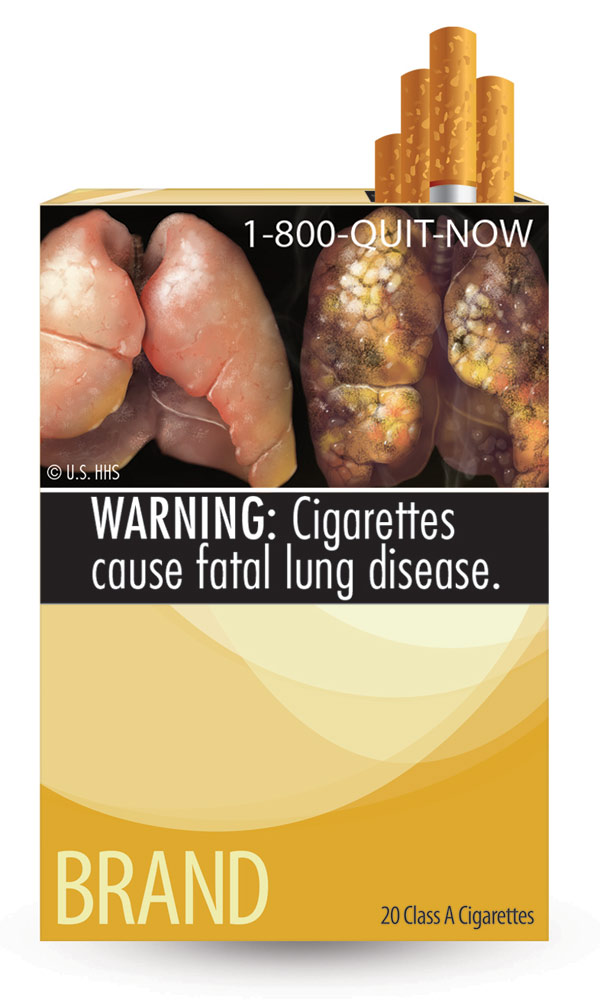 Our legislators are really good at coming up with new laws, regulations and restrictions- without figuring out the costs of enforcement. When the smoking ban went into place it was totally unclear about who would enforce the ban.

As some establishments chose to ignore the ban, thinking fines were just going to be a cost of doing business- the state finally has figured out a way to take that idea out of the equation:

A handful of area businesses owe tens of thousands of dollars in dozens of unpaid fines for smoking violations, which under a new state initiative could put their liquor licenses at risk in the future when they are up for renewal.

In a precedent-setting move, the Ohio Division of Liquor Control this month denied the liquor permit renewal of the Hamilton County business Peg’s Pub, on the grounds that it repeatedly disregarded state law by incurring about 18 fines and failing to pay $55,900 they owed, said Jen House, spokeswoman with the Ohio Department of Health.

Although no local businesses owe nearly as much as Peg’s Pub in Evendale did or accumulated as many smoking fines, the Miami Valley Sports Bar in West Carrollton owes $32,000, Webster Station in Dayton owes $27,000, Coyote’s Pub & Grub in Dayton owes $20,100, and the Harem strip club on North Dixie Drive owes $15,000, according to the state health department…

Through March, Public Health — Dayton & Montgomery County had issued 158 smoking violations, worth more than $220,000, to local businesses. Owners have only paid about $16,000, the agency said.

In Montgomery County, at least 10 businesses owe $5,000 or more in fines, according to the state health department….

Bill Wharton, spokesman for Public Health — Dayton & Montgomery County, said his department has issued about $28,000 in fines to Ziggy’s Ritz Night Club and $17,500 to BoJangles Nightclub. He said the fines may be still under review or appeal.

via Smoking fines could shut down local bars.

Considering the ban went in place back in 2007 and we are now just starting to find the way to enforce the law is yet another example that our politicians have hugely been rendered impotent by big money influence. Ohio has already diverted the anti-smoking money from the big tobacco settlement away from its primary mission. 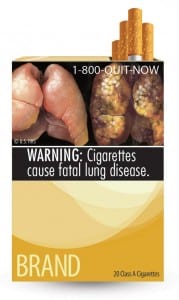 Coming to your smokes in 2012, new package designs

New packaging to “scare off” smokers will be introduced in 2012- yet the only thing that has proven to reduce smoking has been raising taxes on cigarettes to painful levels.

While libertarian commentators on this site will scream about personal freedom and personal choice, tobacco consumption has huge costs to society. If, in order to purchase and use tobacco, you sign away all rights to any public or group health care, and becoming 100% liable for your own smoking-related illnesses until you die- cigarettes and tobacco users should be taxed to cover their real costs.

Also, since smoke isn’t the same as sticking a needle in your own arm- the locations that are acceptable to partake in the filthy habit, should be restricted to your private property, and nowhere else. I’m tired of walking through a wall of smoke to enter public buildings- and I’m tired of seeing the trash that smokers seem to feel they have the right to generate by discarding their butts at will.

It’s time for Ohio to join New York in putting real teeth into the public smoking ban- and to raise the cost of tobacco to the painful level. We also need to ban the sale of singles- in both cigarettes and cigars, which are straight plays to the poor, who can least afford the health costs.

Taking away liquor licenses for smoking violations should have started years ago- that it’s happening now is a good sign.

If you enjoyed this post, make sure you subscribe to my RSS feed! If you wish to support this blog and independent journalism in Dayton, consider donating. All of the effort that goes into writing posts and creating videos comes directly out of my pocket, so any amount helps!
Subscribe
52 Comments
Inline Feedbacks
View all comments

The question was not “are you avoiding bars because you can’t smoke there”, it was “are you going more often, less often, or the same.”  If they wanted to explore motive, they had to ask for motive–not just frequency.

But of course, restaurant and bar owners’ associations have been blaming everyone but restaurant owners and bar owners for their lack of business for decades.  If people are willing to take smokes outside in their own homes, then doing it in public places ought not be so onerous.

“If people are willing to take smokes outside in their own homes, then doing it in public places ought not be so onerous.” -truddick

That should be for owner’s and their clients to determine.  Not the state or busybodies.

The question was not “are you avoiding bars because you can’t smoke there”, it was “are you going more often, less often, or the same.”  If they wanted to explore motive, they had to ask for motive–not just frequency. – truddick

Really?  That’s a stretch seeing as the motive is explicity called out in the question.   “Do you visit bars more often, less often or about the same since passage of the Smoke-Free Law?”.

That’s exactly why it’s best to let them stand and fall on their ability to serve their customers instead of whether they can comply with the randomness of bureaucrats and busy-body-do-gooders.