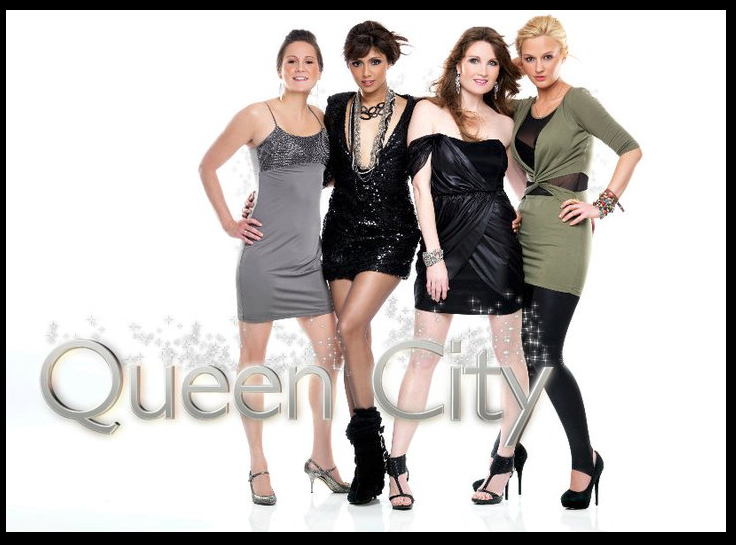 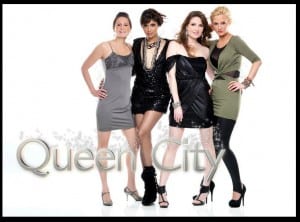 With all the horsepower under the Cox Media Center- it’s surprising they haven’t attempted more totally local programming. In the day of media overload, unique, local content is the only competitive advantage they can “own” and really sell.

Coming to WXIX-TV (Channel19) this fall is a reality series shot on the hills and in the valleys of the “Queen City,” about four active, young professional women. Fox 19 will officially announce the show later this week, but you can find details here on Facebook.

The weekly series promises to give viewers a look at “life in the Q.C.” through the activities of Tracey Conrad, Katie Cassidy, Lauren Brown and Adhrucia Apana. Shooting started in April; Fox 19 executives gave a green light to the series on Friday. The local production likely will be done with some college students…

We’ve seen how voice tracking and programming from Texas has all but killed local radio (WYSO being the major exception). At one time, Dayton’s CW, Ch 26 was hosting “The Daily Buzz” which was syndicated nationally- meaning you could produce quality original programming locally. We’ve seen enough studio set shows- like Hi-Q and talks on a couch- how about getting out in the community?

There are stories galore- that deserve more than a 2-minute bit on the evening news.

For a while WYSO was doing a local weekly radio journal show with Aileen LeBlanc, but, we’ve yet to see the cameras go out in the community. The most prolific option so far, is Drexel Dave Sparks with his Dayton Informer site. At least one other person gets it here.

For the most part, I hate reality TV shows!  They are so stupid and boring, like Survivor and Big Brother; but, The Daily Buzz is awesome and so funny yet real!
Queen City sounds like a repeat of Jersey Girls, but maybe these gals might be different and have some brains, we’ll see … Dayton has the guys on TV who try different beers, and the guys who play 80’s rock hits, but I have a better idea, for PBS perhaps: Dayton Dummies, about young kids who are trying to be cool with their pants falling down and riding in a suped car hogging the road, and you can barely see them driving as they are falling back in the driver’s seat down in the door area — now that would be a funny show!

…yeah, dear David, we remember the Daily Buzz. And how that coterie of malcontents, from the hottie blond anchor to the weatherman who coulda’ lost a few pounds, put the national news on the back burner so they could whine, cry and complain about the indignity of living in Dayton. The Old Bandito’s kids referred to that show as the Daily Diss. The Old Bandito, after suffering thru a particularly rancid on-air bitch session about Dayton, sent them an e-mail offering to pay their way to the location of their choice on the condition they departed that day. You gotta’ remember, dear David, that in their minds they were major, rising stars in the entertainment field and any venue not LA or New York was beneath them. They’re gone, good riddance. Granted, a local show broadcast nationally, but a piss-poor one…

Darn, I was wrong about The Daily Buzz–the current show on TV is out of Chicago I think, about the news but the crew are stoned (buzzed apparantly)!  They probably stole the title from Dayton’s show …
But as for The Queen City ladies, I don’t think they are going to make it due to being too skinny; they are no Snooki either, i.e., not busty enough!
Remember the Cinci show with Loni Anderson?  Now that one was funny, WKRP I think …

I went to the “sneak peak” in Cincinnati.

The show is impressively produced by students and faculty at Cincinnati State. The four shows they will produce this “season” are providing an invaluable learning experience and helping show off what they are teaching at Cincy State.

The show itself- the four gigglebots they have for “talent”- aren’t very interesting, dimensional or worth my time. The whole “apprentice” like project of “make a dress for charity auction” thing was horrible.

But- then again- going in front of a camera like this isn’t easy for most people- and takes some real guts by these four and their friends.

Thanks for the kudos David!

We’ve just posted a new story on daytoninformer.com about a meeting yesterday between local and neighborhood advocates that led the formation of a new neighborhood association. It’s the kind of news that is never in the news, yet very important for the citizens who were involved, and living in the area near Miami Valley Hospital:

Maybe you haven’t listened to WYSO much since they drove away their volunteers and fired any staffers who didn’t take tirades patiently, but “local programming” isn’t their main fare.  It’s American Public Media/NPR/BBC for all but maybe eight hours a day, and none of those eight hours is the highly-prized “drive time”.  Excepting a bit of local news (not investigative reporting or anything exciting like that) and the erstwhile Ms. Dakota’s “Excursions”, the programming is by volunteers and uneven in quality.  And could someone mention to them that, in an area where we can receive 3 or 4 other public stations, having ALL of them go to bluegrass on Saturday night isn’t serving the community well?

I’m a little confused as usual as to what local programming is … Is it like WHIO TV or is it more like PBS, channels 14 and 16 which used to have great shows like Monty Python and Jean Marsh’s International Animation Film Festival?
Hey David, how’s your report for DDN going?  (I saw on my email some crazy 3rd grader running you down–his screen name was Oh well, oh well, he was a loser and couldn’t write anyway … I’m trying as best and all that I can to learn from your blog–it’s doing quite better than mine, LOL, :-)  Remember Masterpiece Theater?

as to my “report” for DDN- I have no idea of what you are suggesting.

I will write about the new “improved” DDN soon.

David Esrati July 24, 2011 at 2:19 pm
Ok, thanks David; so I guess there currently are no local programs on now.  So PBS is public but not local, I get it now. @Gary- local programming is programs that are made and aired locally- not Masterpiece Theater- as to my “report” for DDN- I have no idea of what you are suggesting.  The project your New Wave Co. got from DDN for a marketing plan, the one you accepted for $5K.  Remember the Alfred Hitchcock and Twilight Zone shows?  Not local but they were great!  Although local Antiochian grad Rod Serling created TZ.
I do know there is a local recording studio here in Dayton: ATOM Records.

@Gary- it wasn’t the DDN- my company, the NEXT Wave- had a one shot project for Dayton Public Schools. They seem to be happy with the work we did- and have asked for additional quotes.

Exchanges such as this one between Gary and David E always remind me of this earlier comment by David E.

David L.  No one is perfect, and I admit, all through school, mainly English studies, Writing, etc. I’ve always had a slight comprehension problem in my reading and listening to folks rant and report; and I’ve learned that is simply due to all of us comprehend differently, all of us write differently from one another … Most of us write crypticly, which I’ve been accused of, too; but, I feel I’m getting better at it all (and I also forget sometimes, we all do).
So I challenge this question to you: I still feel Dayton has local programming, unless it has expired, but what about Dayton TV, the one talk show, and the beer tasting buddies, and the two VJs lounging … These are not reality TV shows but I maintain they are or were local programs, Dayton ones that is.

THE NEXT WAVE, not New Wave, sorry David, that was a type of music … But congratulations on your DPS’ project, that was a nice chunck of change for you guys, I’d like to read it sometime … Do you have any women employees, just curious … $5K would get me half out my debts, :-( …
(How many hours did you put into the project?)  New post perhaps?  What new strategies did you recommend?

Feel good about humanity story of the day, courtesy of The Dayton Informer: