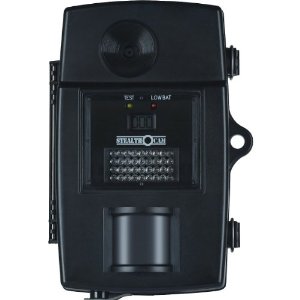 In South Park we’ve had some random problems with delinquents. After my three car break-ins, I started to investigate a video surveillance system. Being a video pro, I realize that garbage in makes garbage out. When I saw the prices for cameras/systems with at least HDTV resolution, infrared night vision I started to have second thoughts.

Spending $800 plus for something that had limited video quality just wasn’t worth it. I’ve got a few neighbors who have systems installed- and so far, the only thing the cameras have caught was me walking across the street with my weedeater- and a rock hitting and shattering his truck’s back window 17 seconds later. I went halves with him on it. 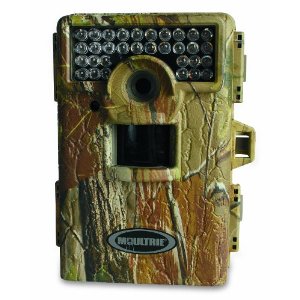 However, on walks through Woodland Cemetery, we see the cameras they have mounted in the trees- with solar collectors to power  them. Turns out, it runs a 6 megapixel still camera, with infrared night vision, and is on a motion sensor. Designed for hunters to watch game trails, you can even buy a cell service for $30 a month to have it upload to a web server so you can monitor remotely. That system is the Moultrie Game Spy M-100

But looking for other game cameras, I came across an 8mp camera for about half the price. At around $90 the Stealth Cam 8MP Digital Scouting Camera/Video recorder with 36 Infrared Emitters and Audio

does about the same thing- for half the price. We would move them around the neighborhood to trouble spots- where we’ve been getting hit with graffiti, break-ins, dumping. The cameras run on batteries- and we only have to monitor the images if something has happened. The 8 mp resolution is much higher than any video surveillance system we can afford in the neighborhood. And the ease of moving these cameras and using them is much more attractive than traditional DVR systems with cameras.

Over the weekend, we had some hooligans trash some of our community gardens, including breaking the spigot off the water buffalo, and on my morning runs, I’m seeing a lot more tagging on the backs of buildings along Wayne.

Since our city can find millions to give to General Electric, but can’t hire more police, it’s time for citizens to become our own security force. If you order any of these systems or have experience with them- being used in the home security realm, please let me know what kind of results you’ve had.

Here are some pictures of what we’ve been experiencing lately in South Park: 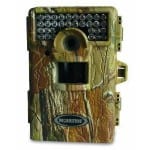 As you so well know David, I have had very good luck with my video equipment, so good that in fact that the police use my equipment for their police duties on occasion. Case in point, I have been noticing some activity in the alley to the rear of my house sporadically. The other night I saw some activity, thus I armed myself with a fully cocked and loaded baseball bat and proceeded to my garage door, upon which I heard some muffled voices. I opened the door quickly and stated in my firmest voice, “Can I help you?” One responded that he was the police, with me responding that; “you don’t look like the police to me.” All three of them pulled a badge hanging on a chain from around their necks, with one of them saying that they were detectives looking for prostitutes and drugs. I also told them that I was Neighborhood Watch, I feel so secure knowing that the police work is so good that the prostitutes and druggies have moved off of the main drags, and are now working the alleys.

To this day I have no idea if they was eating doughnuts in the alley, killing time, or my house is under surveillance. I do know that I caught some cops to the rear of my house, doing police work very late at night. Also I am glad that you at long last are talking about security camera’s, sort a like locking the gate after the horse run off. Now if we can get some more people in South Park to get some surveillance equipment, it would be a selling point for the neighborhood.

David and/or Larry – Any suggestions on relatively low cost cameras that will wirelessly transmit the images to a computer?  I’m looking for something that might be able to be mounted in a tree (pointed towards the house) and then feed into a computer in the house.

Any concern that the infrared flash from the computer will draw attention to your cameras, thus causing the vandals to “uninstall them” from their intended locations?

I don’t envy you having to deal with the taggers.  I know that it’s often akin to a dog marking its territory, but what a waste!!  I see it when I drive through your area and my old neighborhood off Wyoming St. and I just shake my head.

@Bubba- what you are looking for is a wifi enabled camera- there are many of them out there- here is a link to wifi security cameras–  the question is power supply- and quality of the image. Most of them feed video non-stop- instead of stills like the one above.

From what I know- the infrared flash isn’t really noticeable – of course- installing them in hard to places helps.

Thanks for link, David!!

I’ve used one in our woods to help spot deer and turkey. The infared lights are visible. They come on when motion is detected at night. Frequently the deer will be looking toward the cam after the second shot. I would be leery of mounting them too low. Though they are difficult to remove they can be vandalized with a bat or rock. I have caught poachers on our property with the cam so they do help. Don’t mount them too high since most people look at the ground at night (to see where they are going) and you might not get a good face shot. The one I use is still shots only and I have to remove the sd card from the cam to review the pics. It would be nice if there was some way for the cam to alert me if there are new pics.

These cameras will simply be stolen and sold for a few dollars, enough to buy crack or meth. Sorry, but that’s the reality in City of Dayton.

My camera’s have been running for close to three years, and I have had no problem other than some jerk move my camera once in the alley (that is in a steel cage by the way). Other than that, and speaking for myself, no problems, other than the knockers that are too cheap to invest in their home security.

I think that you don’t understand the natural right of self defense.  Flight is one possible option.  Another is fight.  If people are damaging private property and our “protectors” are unable to stop them, then it is the right of the property owner to stop them.  Two slugs in the upper thigh will serve as good warning to the remaining hoodlums.  We need to stop acting as if we are impotent to stand up for ourselves and waiting on the truly impotent and incompetent government to save us.  The government can only assume rights that we cede to them.  If they are unable to effectively protect us then we have the right to…let me just let The Declaration say it.

…That to secure these rights, Governments are instituted among Men, deriving their just powers from the consent of the governed, — That whenever any Form of Government becomes destructive of these ends, it is the Right of the People to alter or to abolish it, and to institute new Government, laying its foundation on such principles and organizing its powers in such form, as to them shall seem most likely to effect their Safety and Happiness…

Why is it that we can’t defend our own property?  Because the government is better at punishing us for defending our property than it is in defending it in our stead or punishing those who would destroy it.

On 10-01-2011 I woke to my front gate hanging from a broken hinge, with my first thoughts being that someone had tried to steal my gate, but the weld held. I reported it to the Police with Officer: Shena Lally, of Dayton Crew: 823 respoding and going over my CCTV to see whom the bad guy/girl was. It turns out that it was the Newspaper Carrier was caught on tape in the act of damaging my front gate. If it was a thief the camera would have the image, and they would most likely be in jail. But it was a contractor for the Dayton Daily News that delivers papers, after sending the repair bill, and personally talking to three people with the Dayton Daily News, as well as giving them copies of the pictures of the brutal and savage attack on my front gate. I have to date not received a cent to cover my front gate. Thus: Show me the money Dayton Daily News?