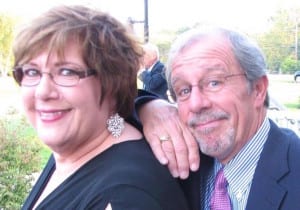 The famous line in vice-presidential debates was “Senator, I served with Jack Kennedy. I knew Jack Kennedy. Jack Kennedy was a friend of mine. Senator, you’re no Jack Kennedy.” That was Lloyd Bentsen setting Dan Quayle straight.

Well, I’ve met Mike Fariello, and I’m telling all of you- you aren’t him

He’s one of the few other veterans in advertising in Dayton. He used to work at another ad agency and has remained active in the Dayton Ad Club- now called AAF Dayton, despite changing careers and running the Skyline Chili in Troy. And, he served as President of AAF Dayton, and has won the vaunted Silver Medal. 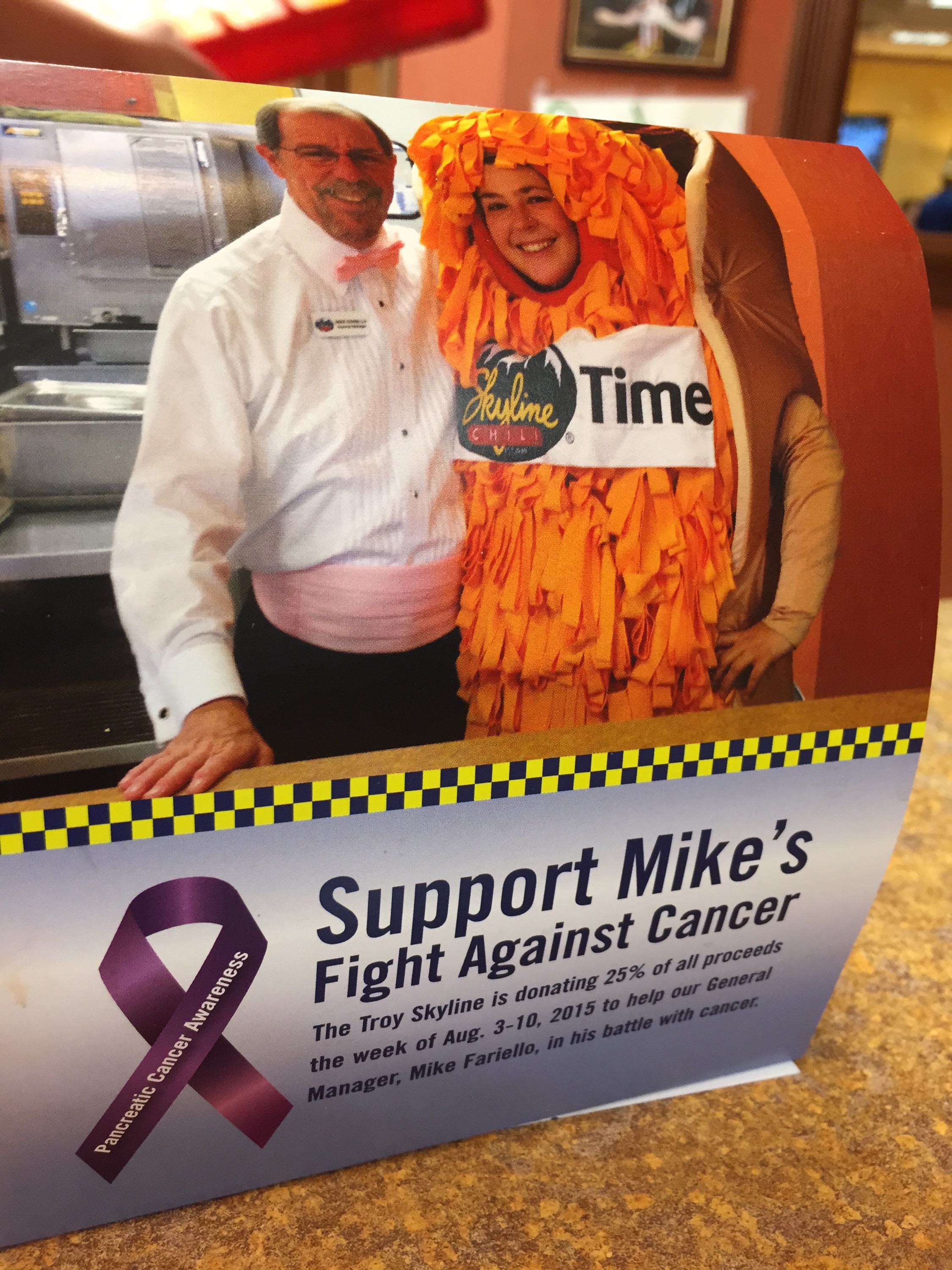 He’s a silver tongued “radio voice” kinda guy- who looks smashing in a suit- and has MC’d our annual Hermes Awards forever.

“Mike Fariello as many of you know has stage 4 pancreatic cancer that has spread to his liver. We are holding a week-long fund raiser for Mike’s medical bills, etc. We are donating 25% of our total sales from Monday, August 3, through the following Sunday to help alleviate any financial stress Mike and his wife Kathy are under. Please come in as often as you can. Remember it began yesterday and continues until Sunday. Laura Davie from AlterEgo face painting will be there Monday through Friday lunch from 12-2. She will be donating what she makes to Mike as well.”

I’ll be going at least a few times. Mike is that kind of guy.

Sorry to report that Mike passed yesterday.
He will be missed.

I worked with Mike at the “other agency” in the late 80s and have such fond memories of him…that big smile, happy demeanor, always impeccably dressed. I was so sorry to hear the news of his passing. Touching to see how the community rallied for him.