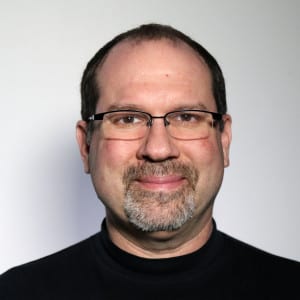 I took my own mug shot.

It’s happened a lot recently. Randomly, I’ve connected with someone who said “Aren’t you David Esrati, I read your blog.” Not necessarily read it every post, but, have read it. One of my hockey teammates even said it was helpful to him when he looked for “Where to get Baklava in Dayton”

A very pretty, sweet woman walked up to me, and said she was touched by the piece I wrote in the Dayton Daily news about the Kettering Ice Rink. When I asked her name, she said she was nobody- and only gave her first name.

A conversation in Kroger yesterday turned to politics, and I was asked again- am I done running? Right now, I’m running a business, taking care of elderly parents and 5 pieces of real estate, and then there is this book I’m neglecting right now. I’ve yet to see a whole bunch of people show up and say they want to help me run. I also had to hear again about how our County Auditor thought it was OK to make me the punchline at the Dems’ big fundraiser. It didn’t sit well with some of the people who buy tickets to these things because they lobby- not necessarily agree with the party and its politburo of friends and family.

Others tell me, you need to stay out of politics. Retire the blog. Just concentrate on your business. Make money.

But, then the brilliant minds at Cox- owners of the newspaper, a TV station they call “the leader” and a bunch of radio stations- decide to can 27 people in copy editing- and hand it over to some farm team. I’m the son of a copy editor- and know how important it is that the people editing the people reporting the news actually know the city, the people, the players and even the pronunciations of street names, and if it’s a council or a commission- and if the mayor can vote or not on an issue. I guess their buy-one-give-away-five subscription plan failed to boost eyeballs- like everything else they do- other than give us better quality content- meaningful content.

This Tuesday is the most important primary I think I can ever remember in my lifetime, and could be one of the most pivotal in our country’s history. In a country where less than half the people vote- and less than half of those vote in primaries, we let a very few people chart our course, while we all bitch about the outcomes.

I get pissed when I get an email from the Montgomery County Democratic Party, of which I’m a member and on the central committee- telling me to vote for Hillary. I don’t recall a vote at any meeting where we decided whom to endorse.

You should get pissed too when people tell you who to vote for. But, you should get even more pissed when people just don’t vote. To think Nan Whaley was elected by such a small proportion of our population- is testament to how screwed up our system has become.

Everything I’ve done with the close to 2,500 posts I’ve published here- is to try to make people think, to engage, to make them more aware of what, who, and why our city is where it is today. Tuesday, you can do your part to set a course for our country’s future.

And, I’m not going to tell you who to vote for. But, for me- the only two candidates I’m sure of are Bernie Sanders and PG Sittenfeld. I just wish I had other choices in other races- and knew that I wasn’t going to be one of a small number of people setting the course of this next election.

And, while I can think of other things to do, instead of writing this blog- I can’t imagine living in a city where the only source of news and insight is coming from one place run by imbeciles.

Love or hate me, I am my father’s son. He, with the master’s degree in Political Science- and the knack for language, and the many years of reporting real news, and teaching his son the importance of checks and balances provided by the “fourth estate.” Today, the old man turned 89, and he’ll still find something to fix in this post after I finish.

Nice post, Esrati. Helps me understand a little bit about you. My best wishes to your folks, too.

I disagree with your political views but admire your tenacity and your effort to change how things are done. Sometimes for me if I would change out the ” democrats” and insert ” republican” good old boy networks your blogs would fit what I am thinking. Sadly both parties and their actions are interchangeable and very predictable. The news is worthless in this town and has been for awhile. It’s part of the bigger problem we have but then again I think it’s focused on a different audience than us. As long as these 2 parties continue to ruin our country , nothing will change. Thanks for your blogs.

David- Tell your Dad Happy Birthday… Well stated abut the importance of being engaged in the system. We have never agreed on everything but have common respect for each other that has turned into a long friendship. I have told everyone that you are the smartest person I know but you need to keep your mouth shut sometimes… :) Bill

Thanks again for all your input and blog and the work your continued to inform us your readers of the shear exposure that cannot be found anywhere else locally.

Tracy, yes the 2 parties system only works to promote the corrupt system running it with the illusion the parties work for us, but only feed the fighting of one being better than the other. Today it is 2 party system rolled into 1 to be spun and mingled together like a spider web.

David hope is well and happy birthday to your dad; the elderly have the wisdom so missing today and we need to have respect for our elders that is lacking in society today.

Keep shining the light of beacon even against the opposition; thanks again for all your efforts;keep up the good work.

In 2019, The MCDP Should Focus On Advancing Its Radical New Mission To “EMPOWER DEMOCRACY” « DaytonOS