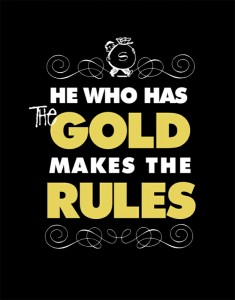 Welcome to the Not Really United States of America.

We have a state where prostitution is legal, another where booze is almost not, we have some where pot is legal for medical, some for recreational, and then communities in our area where pot dispensaries are already banned, before medical pot is even legal.

We solved the gay marriage thing, sort of. We’re not entirely sure about bathrooms for people who don’t fit exactly in the checkboxes, and when it comes to pay equity for the sexes we’re way off. Let’s not even touch the inequity between the races- other than to say it’s an embarrassment of epic scale.

Outcomes in health care, education, life expectancy don’t compare to other first world nations and our infrastructure from internet access to high speed rail makes us look like a third world banana republic.

Our rules, regulations and tax structure and jurisdictional divisions are as arbitrary as the numbers pulled in the super lotto- which is just one more dangling carrot to divert our gaze from the fact that we’ve created nothing other than a new replacement for the monarchy we sought to divorce back in 1776.

Do the words “local control” sound like a good idea to you? Our inbred fear of power collected at the top of government has driven us to allow the smallest jurisdictions to “guide our own destiny”- as long as it doesn’t get in the way of someone with a lot of money wanting to do things differently.

Case in point- many people are mourning the passing of Dean Lovelace. His “legacy” was talking about predatory lending before anyone else. He even passed legislation against it- for a nano-second before the powerful banking establishment who has bought our state legislature sent his little laws back like a bounced check. Dean may have been onto something, but he was as impotent as a eunuch in a whore house.

From our education system to our health care system, from our public safety to tax collection, from permits to common practices this slapdashed mashup of laws and regulations across 50 states a few territories and even global trade is doing only one thing: making the rich richer and the rest of us, miserable cogs in a machine that has zero empathy in its settings.

And while Republicans rail against taxes and regulation, they don’t really do anything to solve them. And while Democrats scream about inequity and public welfare, we’re still sliding down the scale of achievement. The system is broken. This is where the ideas of socialism and communism were born- and yet, as practiced, they fail too. Why? Because people are human- and the “me first” urge is kind of hard to break.

Throughout history, empires collapse when inequity becomes too obvious. We’re somewhere close to that. Although our masters have gotten smoother at distracting us- 500 channels of television, you can lose yourself in Facebook, or you can rail against the machine as I’m doing right now- on the internet- which is the great equalizer (except it’s really not- when the digital divide still exists).

There are things we could do, but it would take strong leaders, something we’ve resisted since our inception. Ohio could put an end to the system of political subdivisions and lines drawn on a map in 1785, before we had all these new fangled things like cars, computers and corporate giants.

Imagine a State with one income tax, one property tax system, one sales tax rate. It’ll never happen, because giving up power over taxation is tantamount to the end of corruption as we know it. How about one school board? Or, one police chief per every 250,000 people? Proportional representation was part of our formula in the start- why isn’t it now?

The cost to business of trying to calculate the taxes collected on what, who, where is just pure overhead. The cost of enforcing it, parsing fines, audits, all the rest- is also overhead. The cost of all these local yokels running their little fiefdoms expands out way past their jurisdictions. The increase in the Dayton income tax has a ripple effect cost as every payroll processing company in the country has to adjust and modify their software. And is anyone in places far away supposed to understand the income tax structure of Austin Landing where income tax is based on owning an elevator in your building? (This example still amazes people when I share it).

How is sales tax online collected? And why does it have to be so complicated? Bricks and mortar local retailers are getting screwed with local sales tax, and poor people, who have to use them, because they don’t have credit cards to buy online, pay more. Why isn’t there a flat internet sales tax in this country- and why can’t it be spent on building out the system so everyone has high speed internet access? That would be a game changer- for education, for commerce, for democracy- because, information and access to it is the critical part of a functioning democracy.

And why shouldn’t the internet be controlled by the state instead of Time Warner, ATT, Sprint, MCI, Quest, Spectrum, Charter, Level 3 etc? We invented it with our tax dollars- for national defense no less. Look at your internet access bill, it’s higher than it is in other countries and as close as West Dayton or Eastern Greene county- high speed access is hard to get.

When Mark Zuckerberg starts talking about a universal basic income, and is willing to create solar power drones to distribute internet in third world nations, we’ve got a whole new monarchy in place, we just don’t know it yet.

If everyone was connected, well informed, and well represented through a modern information based legislative system, maybe, there would be hope for us.

Hodge podge government, without an informed and empowered electorate, enables money in politics to divide and conquer.

But, for now, the old rule still applies, he who has the gold, makes the rules.

Sales and property taxes are imbalanced to burden the poor and middle class. The only fair tax system is a bracketed, simple income tax. Let’s do that–then we don’t have to much around with the question of how to tax online sales.

I guess I can let http://deanlovelace.com lapse now. Too soon?