Gem City Podcast lost their site (they didn’t host with The Next Wave.)
They had one last podcast they wanted to share, so I’m adding it here for you.

Here’s their explanation of what happened to Gem City Podcast- 3 minutes: 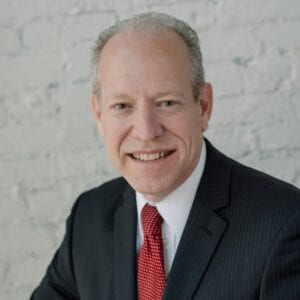 Ever get to the ballot and not sure who to vote for when it comes to judges? Us too! Why are there no party affiliations by their names? Should we even be voting for judges? We don’t vote for federal Supreme Court judges, they’re appointed.

We invited Marshall Lachman, who is running to be the Judge of the Second District Court of Appeals to come on our podcast to discuss the journey from lawyer to judge, what makes a good judge, and how voters can be better prepared to vet and vote for the judges on your ballot. (Tip: Check out League of Women Voter’s Guide for your area)

Marshall has practiced law for more than 30 years in both Ohio and Illinois, and has operated his own law firm in the area since 2003. He has represented hundreds of people charged with all levels of crime, with the belief that everyone, regardless of wealth, has a constitutional right to the assistance of counsel when they are charged with a crime. He has handled over 100 appeals, mostly in the Second District Court of Appeals, as well as several cases in the Ohio Supreme Court.

As a longtime resident of Ohio and a graduate of The Ohio State University College of Law, Marshall is deeply rooted in southwest Ohio and gives back freely to his community. He is certified to work as a Guardian Ad Litem and has represented the best interest of many children in Montgomery County who have been the victims of abuse, neglect, and dependency, and in 2011 was recognized by the Montgomery County Juvenile Court for the work he has done on behalf of the children and parents who came before the court.

For the last 16 years, Marshall’s private law practice has focused on criminal defense litigation and he is often appointed by area courts to represent clients who cannot afford counsel. In 2016 he was recognized for the work he has done by receiving the Gideon Award, a lifetime achievement award for his representation of indigent defendants.  He has also mentored many young lawyers just licensed to practice law through the Ohio Supreme Court’s Lawyer to Lawyer Mentoring Program.

From Libby: Gem City Podcast is taking a hiatus. If you want to support Izzy and visit, www.ko-fi.com/venuschild. We sincerely appreciate everyone’s support!