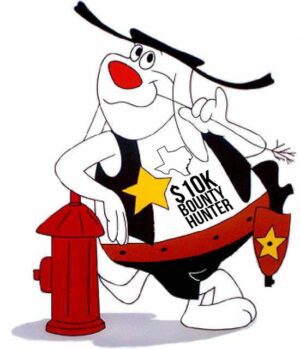 With the decision of the Supreme Court to allow the Texas abortion ban to take place, a new precedent has been set, and while it’s being billed as novel, the same type of law has been in effect in Ohio for decades, just not concerning abortion:

Under the law, Texans can sue anyone who assists in the procurement of an abortion, from the doctor who performed the procedure to the taxi driver who delivered the patient to the clinic to the family member who gave her the cash to go. Successful plaintiffs are eligible for a $10,000 bounty, plus legal fees.

The law is a flagrant violation of Roe v. Wade. But because Texas has deputized private citizens to enforce the ban rather than rely on executive authority — a deliberate choice meant to prevent federal courts from blocking the law — the court has declined to act against the ban, citing the “complex and novel antecedent procedural questions” of the case. For Justice Sonia Sotomayor, this is nonsense. “The court,” she wrote in her dissent, “has rewarded the state’s effort to delay federal review of a plainly unconstitutional statute, enacted in disregard of the court’s precedents, through procedural entanglements of the state’s own creation.”

Source: Opinion | In the Dead of Night, the Supreme Court Proved It Has Too Much Power – The New York Times

All of a sudden, Texas has turned every citizen into a bounty hunter and set the reward high enough that you could make a living as a very creepy abortion activist. Just find one person about to have an abortion- and then sue all the people who enabled it- and voila- you could make $100,000 easy. The biggest flaw in all this is how do you prove that the woman was less than 6 weeks (42 days) pregnant. Last I checked, fetuses don’t have an odometer like a car telling you how many miles they have been driven. Was the woman 43 days? 44? 41? And then there is the question of the evidence of assistance. Can an Uber driver know they are aiding and abetting a crime serving as the getaway driver?

The brewing shitstorm over abortion in Texas is yet another example of the dangers of gerrymandering, of politics getting in the way of good government. It’s a classic magician’s trick: the “magic” happens somewhere else while the audience is distracted. “Conservative politicians” know they can always fall back on their trusty double barrel shotgun of abortion and gun rights to draw attention away from their other mischievous stupidity- where they claim to be in favor of small government, while breaking the one we have by selling off almost anything “socialist” to the highest bidder in the name of “capitalism.” In this case, putting law enforcement in the hands of Joe Six Pack who will probably be carrying an unlicensed gun on the way to “protect the life of the unborn” in ultimate, yet totally missed, hypocrisy.

Let’s be clear, if “socialism” was really evil, we wouldn’t have schools, police, fire, public water, public streets, public highways, a military, a system of courts, prisons, etc. All of those things are owned by all of us, for efficiency, and to create civilization instead of anarchy. We pay for it all the same way churches pay for their operations- a tithe, except it’s called a tax- and it’s been manipulated by the best politicians money can buy- to create a huge wealth gap. The problem is, most Americans are really bad at math and can’t fathom the difference between a million and a billion- or what kind of power a trillion dollar company has on the world’s economy. “With great power, comes great responsibility” was made popular by Peter Parker aka Spiderman, but, the reality is with enough money comes real dangers.

Let’s talk about our newly minted profession of Texas Abortion Rangers- where the State will reward you handsomely with a seemingly endless hoarde of cash for enforcing their new law. Do we establish tip lines to these new quasi-police forces? Do tipsters get a kickback? Will billboards appear for “Abortion Stoppers R Us”: call us to report a missed period, we’ll pay you 10% for a successful tip! Will the next step be requiring an app that tracks periods- and when you miss one, you must report for an exam to make sure you carry a future Texan to full term?

This whole “deputizing citizens ruse as novel law” has a precedent in Ohio, and it’s just as ineffective. The Ohio Sunshine Laws, which require public officials to do their business in public, has effectively deputized citizens to enforce it. The only difference is the cost to enforce it is higher than the rewards of a successful prosecution. It’s a law that has no public enforcement policy- i.e., when you see a violation, you can’t report it to anyone to enforce, and unless you are a lawyer, you won’t get paid for your time. The fines are low ($500 per offense- without any definition of what counts as an offense) and in the case of delaying of public records that may be used to prove that the politicians broke the law – the cap is $100 a day – for only 10 days (so delaying release of incriminating evidence for years can pay off as a legal defense strategy- I am in front of the 2nd District Court of Appeals arguing this on Oct 5, 2021 in my library case).

Compare this with a $10K payoff for each and everyone involved in a Texas abortion. Applying a $10K per person to a violation of the Sunshine laws- and when you catch the Dayton Public School Board doing what they did last Tuesday in a “Special Session” where they awarded a $15K preliminary consulting contract to Nan Whaley’s spouse, Sam Braun, in secret- and you’d be the proud recipient of $70K for reporting the seven board members: $10K ea for the Superintendent, the Treasurer, the board secretary, each DPS SROs in attendance, the person running the video feed, the audio engineer and maybe even the custodian who opened the room for the meeting (we’re still not sure which side of Ludlow Street we’re announcing a meeting at btw). Do the math- you could make $150K for enforcing the “Sunshine Law”- oh, happy day. (More on this story soon.)

Slight problem, school board members are capped at making $6K ea a year, no matter how many meetings they attend- and all that power and glitz from overseeing a $400 M operation would quickly fade. Of course, when you can give contracts to folks like the City Manager’s spouse, Gary Dickstein, who barely lasts a year, and you get to keep in the good graces of the “Monarchy of Montgomery County” all is well.

A famous advertising guy, Bill Bernbach, is quoted as “It’s not a principle until it costs you money” – and let’s be clear, in America, it’s getting to be, it’s not a law worth a damn unless someone can make a buck off enforcing it. That’s a really shitty way to run a country, and it makes a mockery out of all the high-falutin’ ideals that the founding fathers tried to bake into our infant nation.

Let’s be 100% clear, the new abortion law in Texas is as good a reason to jettison that entire state from the rest of the country. If laws like that are allowed to fester, they will infect the other 49 with more bad laws. I don’t need to quote Niemöller here, but it seems appropriate:

First they came for the socialists, and I did not speak out—
Because I was not a socialist.

Then they came for the Jews, and I did not speak out—
Because I was not a Jew.

Then they came for me—and there was no one left to speak for me.

If you are a 14 year old girl, who is still not totally comfortable with her period’s regularity, who didn’t receive good sex ed in the backassward Texas schools, who got pregnant, without really understanding that it happened, why should you now be the grand prize for some stranger to win the Texas Abortion Deputy jackpot?

We all know that the only reason this law passed the Supreme Court 5-4 was because President Obama was denied placing a justice while President Trump was given a red carpet. This isn’t law being practiced at it’s highest level- it’s politics being forced upon us.

There have always been fears of the power of the Supreme Court overreaching a democratic process and this may be the final straw. But until gerrymandering is fixed and politics isn’t an auction, we’re going to continue to confuse government’s responsibilities to all of us with a business based on winners and losers and a P&L statement to measure our democracy’s success.

Let’s be clear, asking citizens to enforce laws, when they don’t even understand what government could and should do, is sort of like asking insurance companies (or judges) to manage your health care. Oh, wait a moment…

If you enjoyed, or value this kind of free speech and mix of news and editorial, be aware that it has its risks. Esrati.com was recently threatened with a lawsuit over content concerning public corruption. Any donations to the legal defense fund are appreciated and can remain anonymous.

Lol if socialism was really evil? You live in Dayton David, the schools, the police, the courts, the services and everything else is a gross corrupt pile of garbage that you bitch about all the time and you will never fix lol. You are worried about some stupid law in Texas, don’t live there lol. It certainly is a much better state than the America’s truck stop the state of Ohio lol. The guy that locks hands with the people who burn books and ban speech, tears down history like the Taliban, teaches hatred of European Americans and their history when the history of other ethnic groups or cultures is far worse (Islam in general, slavery in Africa, China’s history and on and on). You should be quoting anti nazi stuff about yourself! If Texas wants to take a break from the massive disproportionate killing of black and brown people before they are born let them, who cares.