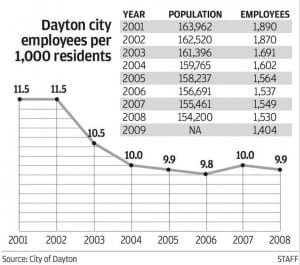 Population loss in the McLin/Williams Era

I can write the plan, I can write more than 1,000 posts on this site, I can talk about all the little things we could do- and even some of the big things, but there is no greater priority than solving this problem:

My whole quest for public office began in 1986 when as a new homeowner in a seemingly decrepit part of town, I went to city hall to find out how we could have a “Historic District” with special laws- with no signs and no covenants in the deeds?

It was like talking to a wall. Instead of thanking me for buying a home that had been on the market for 2 years- losing a third of its asking price, and moving out a clan of tenants who did wonderful things like pooping in a pizza box and locking it in the closet- I was ignored and prosecuted for fixing it up (putting on the wrong style of garage door). I tried to tell the commission then that this wasn’t the way you treat the customer, or you won’t have customers.

In the last 7 years- roughly, the time that Rhine McLin and Joey Williams have been on the City Commission, Dayton has lost about 9,000 taxpaying residents, and countless more taxpaying employees.

This is, to quote old Ford advertising “Job 1”- to make Dayton a place where people want to live and work. This should be the primary, if not the only measure of our leadership- net increases in residents, jobs and tax base.

My formula is simple: Hire the best City Manager/CEO we can afford, set goals and objectives, measure performance, adjust course as necessary. It is the job as a commission to guide and advise, hire and fire the City Manager and not much else. He or she, should be the clear captain of the ship. It’s not about the commission, the mayor- it’s about the Captain and his crew. When it comes to statements about safety- I want to have Chief Biehl at the microphone, not Gary Leitzell or Rhine McLin. When it comes to marketing our community, I want the City Manager and the heads of the Chamber of Commerce, the Dayton Development Coalition, Citywide Development etc.

You notice I didn’t say the “city head of economic development?” That’s because I don’t believe that “economic development” is done as a separate function of government anymore than service is a separate part of running a restaurant. Everything the city does- has to be the greatest good for the greatest number. We have to strive to use what we have, to create the most livable, safe, comfortable, friendly city we can.

When we do that right, people will move back, jobs will follow and the transformation will begin.

I hope to be a part of the City Commission that puts these principles into practice.

That’s an interesting graph.  It seems to say the city government is doing a good job of downsizing along with the population.

“When it comes to marketing our community, I want the City Manager and the heads of the Chamber of Commerce, the Dayton Development Coalition, Citywide Development etc.”