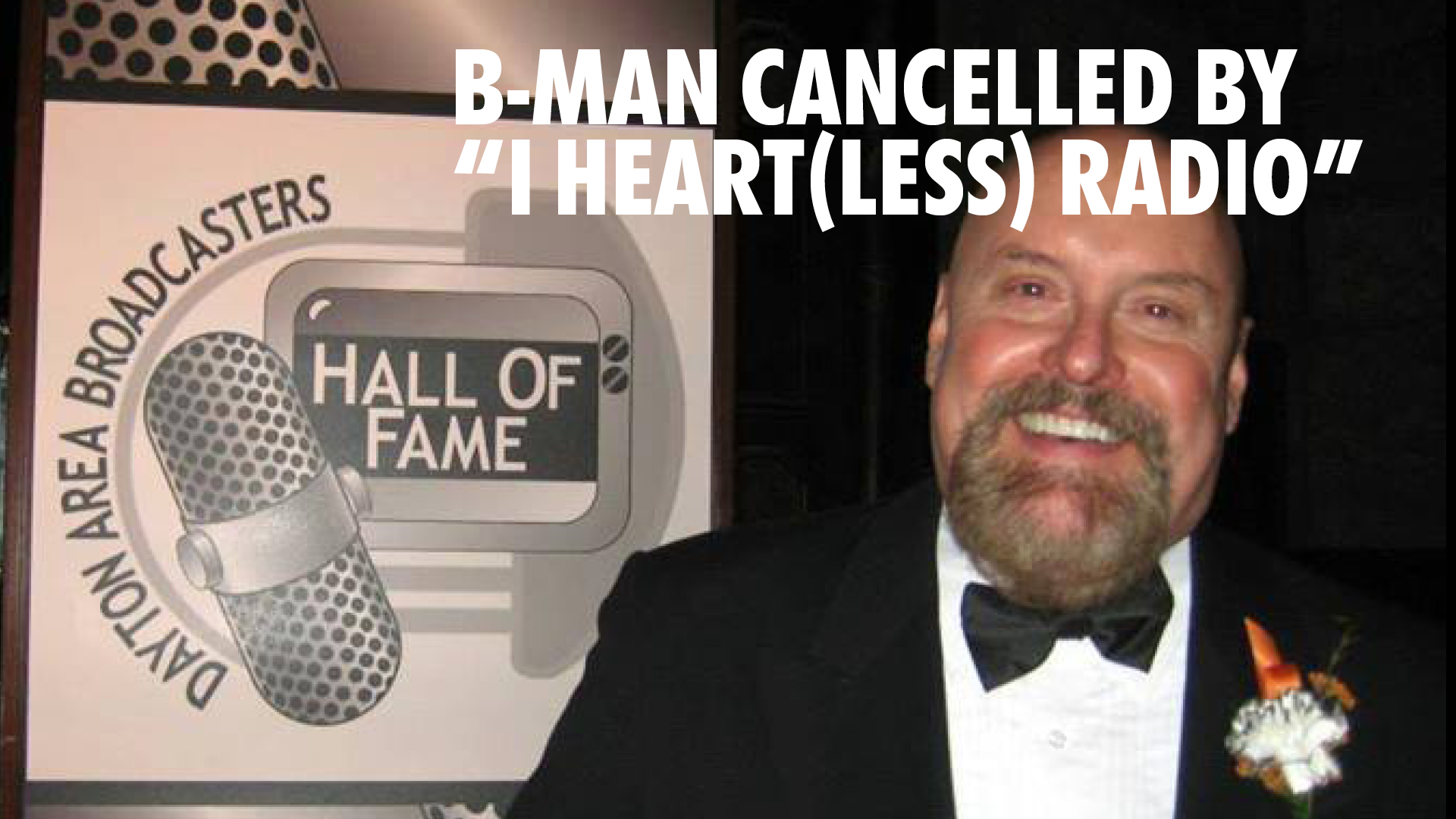 It’s the kind of BS the Dayton Daily news would pass off as reporting- without citing their source as Facebook.

Local radio legend John Beaulieau, know as “The BMan” – who has been on WTUE forever, is no longer on the air.

“Yes..I am no longer employed.

Yes..I wish you all a very Happy Thanksgiving..from the bottom of my heart…

John’s Facebook page- as of 3pm yesterday or so.

I’ve known John forever- but really got to know him better when he was the voice of the Dayton Bombers, when my firm was their ad agency. John was the voice of the Bombers- booming, loud, larger than life. He loves hockey- and the fans loved him. I don’t remember him ever missing a game.

John’s been more than a voice to WTUE over the years- he’s been their soul- embodied. At events/live remotes, from motorcycle blessing of the bikes, to truck pulls to you name it- there he was. Loved, loud, proud.

I grew up listening to WMMS in Cleveland- and was lucky enough to know a few of the jocks, because they’d come into the stores where I worked, and shopped at the record store that was my happy place (sadly closing this Dec 31 after a loooong 55 year run). You could tell the time slot by who was on the radio, they understood the relationship between the station and the community.

There have been a lot of Dayton greats on the air, but, John was different. He was humble. He was everyman. He was Dayton’s version of the hardest working man in show business.

Now, if you are wondering why you are reading this on Dec 26, it’s because John took down his first post to friends- that alerted me to the story, which I promptly wrote- and then held off publishing after having a chat with John. But, yesterday, Christmas Day, he told the world in a post- and I’m sure the Dayton Day-old news will report it now… but, just so you know, there is still one person who has the institutional knowledge, the connections and the platform to keep you informed in Dayton of the news.

To the geniuses at Clear Channel- or whatever you call yourselves these days. Congrats, we now know you’ve graduated from the Elon Musk School of Management.
There is no reason to I heart radio in Dayton anymore- you stabbed the heart of radio when you silenced the B-man at Thanksgiving.

Yes this really is a shame as I have listened to b man for years. I hate I heart radio and everything about them. I hate hearing bought I heart music festival what ever the heck that is. Now just more reason to hate them and not listen which also sucks be I’ve listen to tie for as long as I can reamber being 42 now I think they been around a few years before I was born in 1981. I am going to go back to just u tube and delete my i fart app off my phone. I enjoy oldies so I support the community radio station wswo out of Huber heights. They survive by donations from Listener’s and all there DJS are volunteers they play some pretty amazing music 50s 60s and 70S I advise everyone to tune them in and donate which is tax deductible also they have a app for you phone oldies WSWO out of Huber heights punch that into your play store download for free and enjoy.

It’s a mystery to me why he’s so “beloved”. One of the worst DJs I’ve ever heard. Nonsensical rambling, like he has no idea what to say, or how to fill the silence.

It all started some thirty years ago or more, and those of us “in the business” knew full well what was coming when the Telecommunications Act pretty much nailed down the coffin lid on local broadcasting ownership in favor of the big remote corporations. Close to a dozen local ownership broadcasting companies succumbed to the big bucks of corporate monies, values skyrocketed in giant leaps, and once again deregulation, the false god sold all too often to misinformed consumers, jumped up and bit us in the butts right along with our utilities, airlines, and other formerly rightly regulated commodities and necessities. As such, we “broadcasting types” became the blacksmiths of old, relegated to finding new ways to make a living as live voices, personalities, and faces were slowly squeezed out. As it stands now, I am reminded of the “Christmas Carol” episode of WKRP where an older Herb Tarlek was the only love human employee remaining at the mechanical station to monitor the automation…and to lock the door behind him at closing time. And sadly, like so many other things, what was once great has been eaten by dollars, bean counters, and corporate know-it-alls, never to return. My friend the B-Man will fortunately still be around just like the rest of us old jocks, reporters, and yakkers, mostly because there are so few places remaining to go. But sadly he’ll just be doing something else, something that we can’t all enjoy along with him. And the public loses…again.