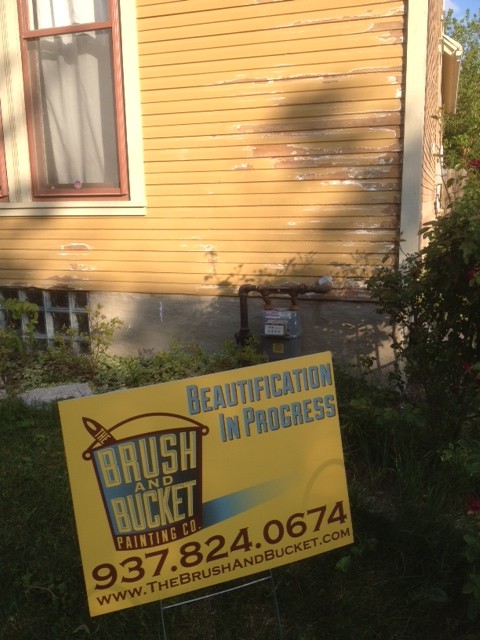 Just last week, I wrote about the costs of giving tax breaks to big businesses for promised jobs- while small business start-ups have huge obstacles. I spoke of the costs we all pay when we have to make up for the tax revenues that aren’t coming in.

I’m watching a small start-up try to get out of the blocks. A house painting company that specializes in making new paint stick to old houses- by doing maniacal surface preparation and using high quality paint. He could hire an employee tomorrow to start work, but, he has to pay for licenses, bonding, insurance and purchase capital goods like a scaffold, all out of cash.

Also the minute he hires someone, he has to start paying worker’s comp (which is high for a painting company out of the blocks) payroll taxes- all the things we’re willing to subsidize for the going concern. And, the person he’s likely to hire- is someone who is also under-employed, needing every dollar earned just to survive.

He has no credit, no tax breaks and zero support. I helped by creating his new identity, printing business cards, door hangers and signs. I set him up with a website and suggested marketing strategies, he’s finishing his first project and about to start his second tomorrow. I also hired him to do some interior painting as he was getting started. He’s having to bid low to prove the value of his product, despite having a few “freelance projects” to show from last year.

When we know that the major engine for job creation is small businesses, why are our tax dollars subsidizing large ones?

When we know that the small business can have an immediate impact- why are the deals being done for jobs that are a year away?

Why do we subsidize any business with our tax dollars? With every subsidy we tilt the playing field to give an unfair advantage to one company over another- not the role for government or a fair use of our tax dollars. Plus, if the big business paid the same taxes as our smaller ones- maybe the burden of starting up wouldn’t be so insurmountable?

You want your tax dollars to help a big company by costing you more for security systems, slower emergency crew response, new school tax levies to make up for the giveaway- continue to sit on your thumbs while politicians sell you the BS that tax supported “job creation” is a good investment of your tax dollars.

via Your tax dollars at work as venture capital vs. small businesses at work.

Well, last night, The Brush and Bucket had his tools stolen. His brand new pressure washer, all of his sanders, grinders and scrapers. The aluminum downspouts from his current project- which were all locked in a building across the street from his house- gone. He was working on getting a security system installed- but, alas, it’s too late.

He also didn’t have his equipment insured yet. Gone are about $1,000 worth of equipment that helped employ 4 people.

Here are pictures of the kind of prep work he did with those tools- making old wood look new- and shots of the door lock that was busted open. 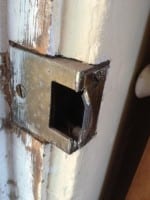 The jamb that broke

The bolt was busted out 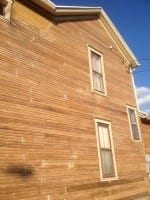 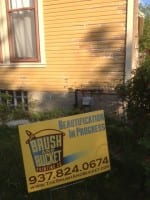 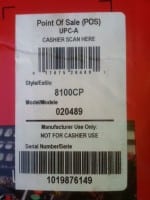 True economic development means that people can spend their money on building a business, without having to fear that their tools will be stolen and all that they’ve worked for has disappeared overnight.

Had we spent $45,000 on our police department instead of a website from a Denver ad agency, maybe the Brush and Bucket would have the tools so 4 people could have worked today- and tomorrow.

Maybe the Mayor and the Commission would like to invest in a small local business with money out of their pockets- and buy him a new pressure washer, sanders, grinders and scrapers- so he can keep his company that he started in Dayton, hiring Daytonians, in business?

I’ve added pictures of the products- and the S/N of two of the stolen items:

Terrible. Pathetic. Disgusting. I sincerely hope The Brush and Bucket replaces his stolen items and promptly moves his business out to the suburbs. Pick one – they’re all nicer than Dayton. Just ’cause he wants to work in the city doesn’t mean his fledgling business has to be based in the city. Dayton sucks.

Irony button on: All he has to do is look in the basements of the old houses he paints, for copper, steal it and sell it to pay for his troubles!

Thanks Bubba, but that phrase was coined by another dude on here who i haven’t seen in a while – he’s an excellent writer.