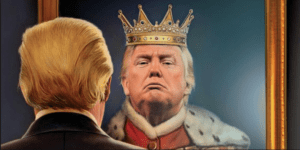 Today, 100 senators will be asked to judge Donald J Trump for his actions on Jan 6 2021, a day that will come to surpass any “Day of Infamy” in our history. Previously, that phrase was aligned with the Japanese surprise attack on Pearl Harbor or more recently, when Saudi Nationals hijacked four American airliners to crash into the World Trade Center and the Pentagon. Yes, the death toll of Americans in both those cases was in the thousands, 2390 at Pearl Harbor, 2,996 on 9/11, whereas the death toll from the raid on the Capitol on Jan 6, was only 5 with a few suicides after to bring the total to 7.

Why this day will go down in history isn’t about the body count, but about the leader of the attack on our Capitol- it is the first time an American, sworn by oath of office, became a domestic enemy of the United States:

“I do solemnly swear (or affirm) that I will support and defend the Constitution of the United States against all enemies, foreign and domestic; that I will bear true faith and allegiance to the same; that I take this obligation freely, without any mental reservation or purpose of evasion; and that I will well and faithfully discharge the duties of the office on which I am about to enter: So help me God.”

Source: Inauguration of the President of the United States | USAGov

Our leaders, both the President, and the members of Congress, swear an oath to follow the constitution, which lays out a system of how we transfer power at the ballot box, not by brute force. We follow rules, with laws and courts to decide the validity of elections, not by using fire extinguishers and hockey sticks. We wave our flag, not use it to beat police officers. We understand that our system relies on trust in the value of our money, and the rights of our citizens and even the right to bear arms to protect us from a government that wants to trample our rights.

What we don’t value is a traitor to our country. That’s what Donald Trump is. And any senator who does not see how Trump used his position of ultimate power, one for which they try to claim is absolute and uncheckable while he’s in office- that he is free to commit any crime against any one, without suffering any consequences, goes against their oath of office and everything we stand for. If a Senator refuses to see the danger of a President who is allowed to ignore the will of the people through the same elections that put them in power- their duty is to resign, form a militia, and march up to the steps of the Capitol under their own flag- be it the Stars and Bars of the Confederacy (the last group that thought they had a better idea of how to run our country) or some other flag- and see how the public backs them.

Because this isn’t about Donald Trump anymore, it’s about America, the Stars and Stripes, and duty, honor and country. Senators swore the oath, just as our soldiers do, to be willing to lay down their lives to protect the Constitution- and if you don’t believe that Donald Trump was the leader of the clan that raided the halls of YOUR offices- the Capitol, looking to kill Trump’s own second in command, you are one of them, and aren’t fit for office.

Had the rioters succeeded in killing Vice President Pence, and House Speaker Nancy Pelosi, would you still be saying Trump wasn’t responsible? Had the Capitol police not risked their lives to protect you, would you have been brave enough to go join them, because then you’d have to actually take sides, and risk being charged with treason.

Which brings us to the very next thing that must happen if you vote to not impeach Donald J. Trump, you should be charged as a  co-conspiritor in the riot. The ultimate penalty for that is death:

This ain’t tiddlywinks we’re asking you to play as a Senator. The stakes are high, because the duties and responsibilities are high.

The reality show host as president was never a good idea in the first place. Yes, it did prove that anyone can become President of the United States, but, supposedly that was never really a debate. Sadly, our founding fathers never foresaw the power of television anymore than they thought there could be a doomsday weapon when they wrote the second amendment. Would they have worried that a simpleton would have control to end life as we know it, or that 75M Americans would think Trump was the second coming? Probably. They were men who believed they were creating a new hope, a more perfect union, a system of government that was worthy of the trust and respect of the people. One where there would be no taxation without representation. One where all men were created equal. Never in their lives would they believe it to be the “American way” for the President to take up arms because he thought he won an election which every court said he did not.

And if any of them had decided to march on the Capitol as leaders of an insurrection, they wouldn’t have said “I’ll be there with you” they’d have been in the front, with their arms linked with their supporters, much like Martin Luther King walked in protest, but instead, Trump stayed back after saying:

Anyone you want, but I think right here, we’re going to walk down to the Capitol, and we’re going to cheer on our brave senators and congressmen and women, and we’re probably not going to be cheering so much for some of them.

Because you’ll never take back our country with weakness. You have to show strength and you have to be strong. We have come to demand that Congress do the right thing and only count the electors who have been lawfully slated, lawfully slated.

I know that everyone here will soon be marching over to the Capitol building to peacefully and patriotically make your voices heard….

But I said something’s wrong here, something is really wrong, can have happened.

Our exciting adventures and boldest endeavors have not yet begun. My fellow Americans, for our movement, for our children, and for our beloved country.

And I say this despite all that’s happened. The best is yet to come.

So let’s walk down Pennsylvania Avenue.

Source: Transcript of Trump’s speech at rally before US Capitol riot

The question of who is there with Trump, will be answered today. Impeachment has nothing to do with removing him from office, the Republican’s are right about that, the people did it in the same election that put them in power. Impeachment is to charge someone with a crime- and secondly to cast doubt on or to question the values that they stand for.

Donald Trump betrayed his oath of office and tried to stop the election results from being accepted because he didn’t like losing. Anyone who sides with him, and suggests he didn’t do that, and shouldn’t be censured and banned from future office is in effect, agreeing with him- that the election no longer matters nor does their oath of office. There can be no having it both ways, or your way, or my way. Running our country isn’t Burger King, you have to follow the rules, and you just can’t have it your way.

It’s fitting that the Burger King is a cartoon character, with reddish blond hair- and kind of creepy, because that’s exactly what Donald Trump was- a cartoon character president. Time will show there were many other crimes committed under his watch that should have ended his presidency much earlier, but, for now, we’ll ignore his mishandling of the pandemic which has killed more American’s than died in all four years of WWII in one, and focus on one thing- did Donald Trump betray his oath of office and try to unilaterally throw out the election results to keep his office- and to that, the answer is clear- and the vote should be easy. Yes, he’s guilty.

And if you are a Senator or Congressman who still stands by the malarkey that the vote was a fraud, you are free to resign and take up arms against our country- making you a traitor, just like your false idol.

Hi David, honest question(s): did Trump violate any LAWS on Jan. 6? Which specific law did he violate? Is he allowed to say the word FIGHT with his freedom of speech? Thanks; appreciate the website.

@Joe- when you’re the commander in chief- of our armed forces, you are different than the average joe.
You can literally order to push a button- and blow up half the planet.
So, when you suggest that your co-equal bodies of government are breaking laws, and tell a bunch of folks dressed for battle- to walk up to the capital and fight like hell- and that you’ll be right there with them- that’s called TREASON.
It’s punishable by death.
If you can’t understand that- you obviously didn’t serve in the military- where that is the same punishment for just leaving your guard post in a combat zone by a lowly E-1.
The word fight- has nothing to do with it. Suggesting your 2nd in command is doing something wrong- and that congress is doing something wrong- is wrong.
He lost the election. We’re not going to argue that. 7 million more folks said buh-bye to baby donny- for good reason.
The ones who voted for him- well, they don’t like a government much- except when it bails their asses out.

Great question! A president doesn’t necessarily need to violate laws to be impeached.

A common citizen can say a lot of things that our president can’t. Would you like a few examples?

…talk about initiative? Look what Resident Biden did on his first day. He put 11,000 union dues paying pipeliners out of work, set off an inflationary spiral by raising the price of gas and got us back into a lopsided trade deal. Trump had a lot of nerve calling him “Sleepy Joe”…