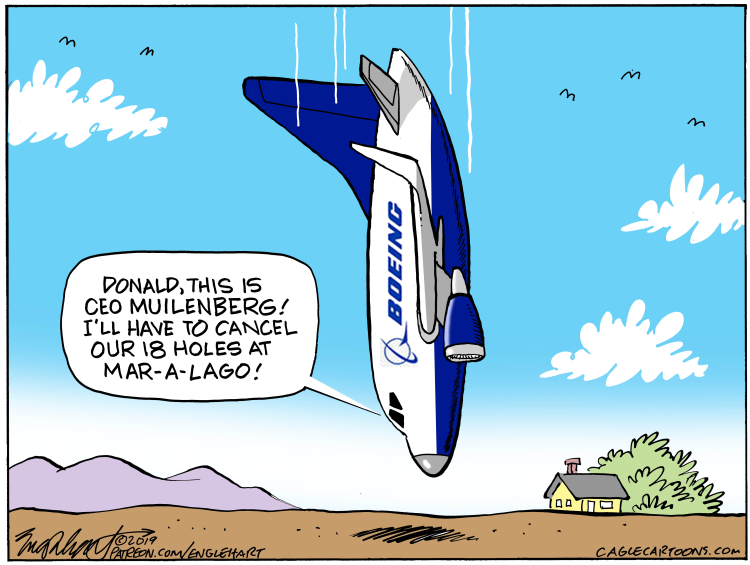 America needs to come to grips with its moral compass problem. Especially before the 2020 election. It’s sad when the myth of us being the “greatest nation on earth” gets one upped by Iran. But, lets face it, we have people dying because of a lack of national health care like EVERY OTHER INDUSTRIALIZED NATION, and we seem to believe in this concept of exceptionalism, where CEOs and sports stars have been deified, and teachers and the working class have been scorned and insulted. Insulted with ridiculous student debt, hidden taxes, and allowed to have their homes taken by the wizards of Wall Street practically at will, while the poor bailed out the rich.

In this morning’s NY Times, we find out that Iran shot down a Ukrainian Boeing 737 from their President after a day of denial, his response was refreshing:

“The Islamic Republic of Iran deeply regrets this disastrous mistake,” President Hassan Rouhani said on Twitter soon after the military released its statement. He offered condolences to the victims’ families and said investigations were underway. The military said the person responsible would face legal consequences.

And in the very same edition, we find that the CEO of Boeing, led that company to near ruin, covering up what could only be described as a culture of corruption, which led to the crashes of 2 Boeing 737 Max aircraft (not the type of 737 in the Iranian disaster) which killed 348 helpless people:

Yet the steady drip of bad news and embarrassing revelations — culminating in Thursday’s release of 117 pages of damning internal communications — has revealed something more disturbing than one poorly designed plane. The very culture at Boeing appears to be broken, with some senior employees having little regard for regulators, customers and even co-workers….

The internal communications, which were provided to congressional investigators and cover a five-year period before the crashes in late 2018 and early 2019, show Boeing employees cavalierly dismissing the Federal Aviation Administration, which certified the Max as safe to fly. Ahead of a 2016 meeting to discuss training requirements for the plane, a Boeing employee described regulators as “dogs watching TV.” Another time, a Boeing employee wrote: “There is no confidence that the F.A.A. is understanding what they are accepting (or rejecting).”…

At times, Boeing employees expressed reservations about the safety of their planes.

“Would you put your family on a Max simulator trained aircraft? I wouldn’t,” one said to a colleague in 2018, before the first crash.

Yet, the disgraced CEO of Boeing, the leader of a company said to contribute .5% of our GDP, and which a whole network of suppliers are tied to, is leaving with a $60M severance package.

Dennis A. Muilenburg, who was ousted as Boeing’s chief executive last month as the company contended with the biggest crisis in its history, will depart with more than $60 million, the company said Friday.

To be clear, this CEO-God, is getting paid $62.2 Million after destroying the reputation of one of the proudest companies in America, causing their newest plane to have a reputation as a flying deathtrap, having already  had two deadly crashes that left 346 people dead. The ripples through the US economy of the planes grounding and cuts in production are stupefying

Yet Boeing’s problems are hardly over. The messages are likely to further undermine public confidence in the company and the Max. Today, according to Boeing’s own research, 40 percent of travelers are unwilling to fly on the plane. There is no timetable for the return of the Max, costs are mounting, and shares in the company have fallen 22 percent since the second crash, including a 2 percent drop on Friday.

After last month’s announcement that Boeing would temporarily shut down production of the Max, suppliers are hurting, too. On Friday, Spirit AeroSystems, which makes the fuselage for the plane, said it would lay off around 2,800 employees.

Now, here’s the thing. We had a deranged person buy an assault rifle and kill 9 people in Dayton, We’re busy prosecuting his friend who helped him buy the weapon. We’ve rallied and screamed “DO SOMETHING” about this horrific act which killed 9 people.

Our President, killed an Iranian General with a multi-million dollar munitions package, potentially starting WWIII, on the basis of the General was planning an “imminent attack” on us, without having to fully explain any of it.

Yet, Dennis A. Muilenburg, helped not only kill 348 people, and destroyed the reputation of a company that has been around since before he was born, and yet, he’s walking away with $62.2M instead of spending the rest of his life in prison.

Americans have become conditioned to not question the actions of these new CEO feudal overlords who have been given carte blanche to rob us blind in the name of unfettered and uncontrolled capitalism- which is sadly state supported. Boeing would have never have grown to its size or statute without the support of our military. It was WWII that allowed them to build fleets of Flying Fortresses. And had they had the problems of the 737 Max, and killed our brave young warriors at the rate the Max has killed innocent people from third world countries, you can bet Mr. Muilenburg would have been in a lot more trouble than he is now.

Instead of asking your next politician what his views are on abortion, maybe you should be asking what they plan to do about our CEO problem? The ones who get away with murder, or steal your home, or outsource your job. About those who fail to be held accountable for their actions, even if it amounts to being a mass murderer.

Think about it. Charles Manson spent a lifetime in prison:

In 1971, he was convicted of first-degree murder and conspiracy to commit murder for the deaths of seven people.

Why does Dennis A. Muilenburg get a get out of jail free card?

America deserves better. Just remember, Iran said the person responsible for shooting down the plane would face legal consequences, and Donald Trump will probably get a campaign donation from Dennis A. Muilenburg or his proxy: THE BOEING COMPANY POLITICAL ACTION COMMITTEE which spent $2,930,797.54 just last year on politicians.

America, we have a problem.

Good post, many valid points. Glad you’re back in the saddle.

Couldn’t have been any better-said, David!!

Oh, we ask questions, but get patted on the heads by our “ representatives” in the government. The same reps who take money from these industries and ignore their constituents needs.

We’re in a new gilded age.