Mr. Collins was my elementary school principal. Mr. Allison, my Jr. High Principal. Mr. Ferraro my High school Principal. All had been there before me- and were there after me. Management and team building works best when your leaders don’t change. 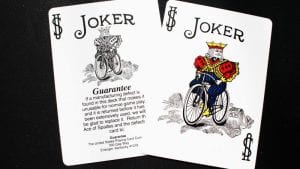 That’s not the way DPS will work under Superintendent Libbie Lolli. Continuity is her enemy. Relationships don’t matter. Corporate culture in her book is spelled F-E-A-R.

The one school Dayton has that is successful, Stivers, hasn’t had changes at the top- or the turnover that’s rampant everywhere else. You’d think that would be a lesson to learn from.

After pulling Melanie Walters from Belmont with 6 weeks left in the year- to be replaced with an ad hoc rotating principal du jour, she’s now making her new fantasy draft into reality- and we’re looking at a third of the buildings or more under new leadership.

Dr. Donetrus Hill from Meadowdale HS will be Belmont’s principal.
Nelson Stone who just went to Dayton Boys Prep at the beginning of this year- is now going to Meadowdale.
Carla Goins from Louise Troy will be at Charity Earley.
Shawna Welch is leaving Wright Brothers- Edison Principal Basharus Simmons is going to replace her at Wright Brothers Middle School.

Do you need a scorecard… yet?

Ponitz is rumored to lose all Principal Ray Caruthers and both vice principals; Debra Corbin and Julie Nighswander. Former Belmont Principal Walters who is there as a Vice Principal now- was set to retire after this year.

No answers on Dunbar, Ruskin or Edison now. Ruskin still may lose their beloved Principal Jennifer Dearwester, even though the site either still has HR Chief Judy Spurlock listed as principal- or Spurlock is going back as principal- according to their website.

We’ll update this post as information comes through the back channels.

Another bone of contention- Summer School won’t be taught by DPS teachers under contract, but instead by temps hired for $3 hr less. This shows the kind of backstabbing disrespect Lolli has for the district staff and the impotence of DEA chief David Romick. Apparently, all Lolli had to do was hire Romick’s daughter to do social media for athletics and talk to Romick frequently to get him to side with the administration on this. I can’t even imagine hiring competent staff to teach on a temp 3 month contract, my own employees aren’t even ready for prime time until after 90 days most of the time.

And lastly, at the last meeting, the head of the bus drivers union mentioned that the district had so far failed to pay the retro-pay for other union contracts in a timely manner- and he was warning Lolli not to lollygag on paying his union. The retro pay was to make up for the negotiated raises to be paid retroactively to when the contract should have settled. We may still see a work stoppage or strike if Treasurer Hiwot Abraha doesn’t get her act together.

Chaos didn’t leave with the last board or last superintendent. The only hope for DPS parents is that enough of them sign up for Dayton Public Preparatory so they can take over the entire district and put students and staff first.

less than an hour after this post- Lolli sent the following email out:

We are happy to announce the following administrative changes for the 2018-19 school year. Congratulations to each of our leaders!!

Which still doesn’t answer some questions- but, hell, who cares who is in charge, state takeover is coming.
If you enjoyed this post, make sure you subscribe to my RSS feed! If you wish to support this blog and independent journalism in Dayton, consider donating. All of the effort that goes into writing posts and creating videos comes directly out of my pocket, so any amount helps!
Subscribe
16 Comments
Inline Feedbacks
View all comments

My head is spinning. Stone back at Meadowdale…that’s cool. Sampson at Boy’s school…cool. Where is Welch going? I will avoid that school.

David and his nonsense. He doesn’t know anything about Dr Lolli, or her motives. Don’t listen to him folks, doing so is like listening to Alex Jones. Principals move. And?

He doesn’t know reasons, or methods. He knows nothing of teaching methods, but by god he’s going to pontificate on them as if he is educated in them.

The only way David will ever stop this nonsense is to be elected as president of the school board. He clearly needs the power. Unfortunately, he will never get into an elected roll ever, because he’s more a loose cannon than Trump. David’s uncontrolled outbursts and self serving antics are truly what he’s known for.

So where does that leave us?

Well he gets to operate his little blog with it’s micro-following, and he will pander and fear monger to his faithful few.

I strongly encourage readers to not take what David says as fact. His editorial is so highly skewed and slanted, it cannot be perceived as factual. Do research, ask questions, but do not blindly follow this man. He and his beliefs and conspiracy theories are dangerous to you, your children, and their education in the Dayton area.

I think we all take David (and any news source) with a grain of salt. With that said, I have to say that a lot of what Esrati says is true. He may not know about education, teaching, and administrative practices, but come on…this crap going on at DPS doesn’t take someone with a terminal degree in education to figure out that it’s messed up! I lived it and saw it first hand.

Yeah, Esrati has an ego…so what. We all do.

Wait. David, I thought your sources were telling you that Shawna Welch was taking over Belmont… I can’t believe a credible news source like yourself would spread sucks fake news. I would be printing a retraction and apology stat if I were a legitimate media outlet, obviously your legitimacy is leveraged in your ability to spread the nonsensical crap you do.

“John Smith”
She was assigned to watch over Belmont THIS YEAR- for the remainder. Next year- we’re not sure what position she is taking over yet.

Esrati’s perspective on DPS is more-or-less on target.

Defending DPS at this point is just silly, Mr. Johns. Give it up.

Libby, I mean “David Johns” – get back to work.

Oh David… You are so misinformed.

And David if the only… ONLY thing you have to say in response to my message is “Libby get back to work”… I must really be making a lot of accurate points.

I can’t wait for you to lose your petty little lawsuit.

It will be a glorious day, and I certainly hope the district tries to collect court and litigation costs from you. It’s only matter of time before you are deemed a nuisance litigant. (That will be a fantastic day).

Until your next conspiracy theory blog update…

DPS is a complete disaster, a shameful situation. Absolutely indefensible and completely dysfunctional.

It seems likely that David Johns somehow profits from this deplorable abuse of children, and doesn’t want Esrati and his blog to shine a light on the ongoing DPS scandal.

Too late, Mr. Johns. Everybody knows, and has for a long while. Give it up.

What is it, Mr. Johns? Kickback? No-bid contract? No-show job? You’ve gotta be getting something out of DPS.

There’s no other explanation.

Looks like I struck a nerve….nothing more from Mr. Johns.

When it comes to DPS apologists, assuming the worst about their motives is generally pretty accurate.

No nerves struck, just laughter at the conspiracy nuts, yourself included.

Have a good one!

I heard a rumor that Teach For America South West Ohio is trying to recruit people to become DPS Assistant Principals, in a program that is similar to one in Cincnnati public.