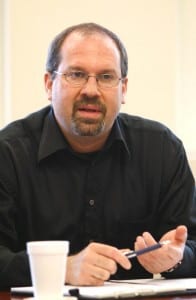 This page is a running history of my races. I’ve not done a good job of updating it.

2012: running for the Democratic nomination for Congress in the new OH-10 race. This is the most compact the district has been since Tony Hall (pre-2002) meaning it can be reached almost entirely using Dayton media. It includes all of Montgomery and Greene Counties and a majority of the northern part of Fayette County. There are 6 candidates in the race to be decided on Mar 6 2012.

2011- I went to turn in 556 signatures to run in the Dayton City Commission race- and was deemed 52 signatures short. Dean Lovelace and Matt Joseph cruised to victory over Mark Manovich and William Pace.

2010- I tried to turn in petitions to run as a democrat in the OH-10 congressional race. I had the signatures but the Board of (S)elections disqualified them because I signed the petitions after circulating (which was really a moot point- since I circulated them all in person). That left a single candidate, Dr. Mark McNealy, who dropped out, forcing a special election in June- which was a three way race, with only four polling places. Joe Roberts won and got stomped by Mike Turner.

2009: I ran for Dayton City Commission. The primary was to be in May 2009, the general election for the top 4 candidates in the primary is in November. Since only 2 challengers made it on the ballot, me for Commission and Gary Leitzell for Mayor- we didn’t have a primary. Leitzell has accepted the backing of the Republican party. I am a true independent, running without support of a party, PAC, unions, or any other special interest groups.
Although they may endorse me, I’d rather be elected for my ideas and by the people than those expecting anything back other than better representation for all on the Dayton City Commission. Leitzell won in an upset victory over Rhine McLin. I lost to Nan Whaley and Joey Williams.

I ran in the Democratic primary for the United States House of Representatives to fill the Ohio Third district seat currently held by Michael Turner (R). My campaign announcement had a short platform here:http://esrati.com/?p=422

My political career started at the same time as Mike Turner. We both ran in a 6 way race to try to unseat former Dayton Mayor Richard Clay Dixon.

Clay took me outside and used me as a punching bag for asking where his $27,000 in the campaign kitty came from. Turner went on to beat Clay by 400 votes. I continued to try to get elected as an independent, filing 5 more times and getting on the ballot 3 of those times. Trust me, the Board of Elections can find a way to invalidate my signatures at will.

In my second race, that was at the same time as the final Mayors race, I helped split the vote in a special election to fill Mark Henry’s term. Judy Orick or Mary Sue Kessler would have won, had they had my votes- instead, Dean Lovelace ascended to the dais.

Later on, Turner violated the “Sunshine Laws” and I protested. He had me arrested. I won all five court cases, yet lost in the court of public opinion- since my side didn’t seem to make it into the public eye.

I ran one more time for Commission, against Idotha Bootsie Neal and Dean Lovelace in a three way race for 2 seats- and lost.

For the last few years, I’ve tried to work within the Democratic party. Instead, they keep backing their faithful minions. So now we have two young Commissioners that do nothing- and a Mayor who can’t lead.

When the party refused to stop configuring primaries, and hadn’t prepped a proper candidate to run against my arch-nemesis Mike Turner, I decided to exercise my Constitutional right to run. The good news is: it only takes 50 signatures to run for Congress- compared to the 500 it takes for City Commission.

The bad news is: the OH 3  congressional district is so gerrymandered that it’s almost impossible for a Democrat to win. I hope that my open campaign, utilizing the Internet and Web 2.0 technology, along with the power of true ideas- can not only power this campaign to win, but that we can bring the disenfranchised and disgusted back into the fold. It will also take some serious money to get taken seriously, see:http://electesrati.com/?page=CiviCRM&q=civicrm/contribute/transact&reset=1&id=1 to donate.

I didn’t make it in the Congressional race, but didn’t expect to. Sacrificial lambs are supposed to get slaughtered. The race was largely ignored and Turner handily beat Jane Mitakides.

Maybe together we can upset the machine and bring democracy back to our great country.

If you are looking to find places to start reading, since this site has a lot of material (unlike my opponents) I highly recommend going to the categories on the right, find one that interests you- and work your way back in time (the newest thoughts would be first). Or you can just use the search tool to look for anything that interests you- and see what comes up.

The “Big ideas for Dayton Ohio” or “Our Broken Political System” are two good categories to start with. If you just want to follow the race, there is the category “Ohio 3 Congressional Race”

I’ve been fielding questions from people on the Hot button questions- abortion, death penalty, gay marriage type, gun control so I’ve just added a category Hot Button Issues to keep them all together. I don’t think these are good ways to judge a candidate- but know people do, so I’ve answered them as best I can.