I just sent out an e-mail to every Democrat and Independent voter in OH-3, (ain’t technology grand :-) with this message:

It seems that John Edwards’ “two Americas” have become three.

There are the Republicans, and then there are two divisions of the Democratic party:
one is the establishment; the other is a movement.

The specter of an election not being decided by the popular vote, but by the “super delegates” looms, much the same as the 2000 election was stolen from the true winner. That’s why it’s critical, no matter whom you support in the Democratic race, that you show up to be heard on March 4. It’s also important to ask “independents” to consider asking for a Democratic ballot to send a message that this country is ready for a change.

There is a change that I believe has to happen after this election. We have to stop this runaway train of campaign cash going into media company pockets. Estimates predict the presidential race will spend over 2 BILLION dollars on advertising. I’m in advertising- and I find that vulgar. We need statesmanship to triumph over showmanship. We need to return sanity to the process.

In my race for congress in OH-3, I’m not accepting money from PACs, Special Interest Groups, or corporate lobbyists. Of course, big media won’t endorse a candidate who doesn’t want to buy big campaign schedules. And the Montgomery County Democratic Party is part of the establishment- still holding screenings behind closed doors- to endorse candidates for the public before the filing deadline to eliminate choice and your voice in the process.

I’ve written you, not to ask for donations (although they would be very helpful) but to ask that you look at my website and decide if you want to give the nod to the establishment by voting for the “endorsed candidate” or join in the movement that I hope to lead: that of ideas over ideology, people before parties, and meaningful discourse instead of media discord.

If you don’t want to receive another e-mail from me, the unsubscribe button will remove you. However, if you feel this message is one you can support- please consider forwarding it to your friends, and asking them to sign-up for future 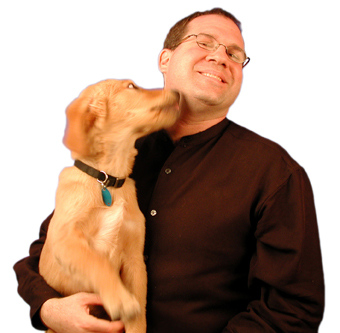 messages from the candidate who won’t be the best politician money can buy.

And if you haven’t seen my videos, I think you may enjoy them.

Seriously, every time you bring that girl into the race, your polling points have to skyrocket. =)

Melissa is talking about my dog….for those of you who don’t make the connection.