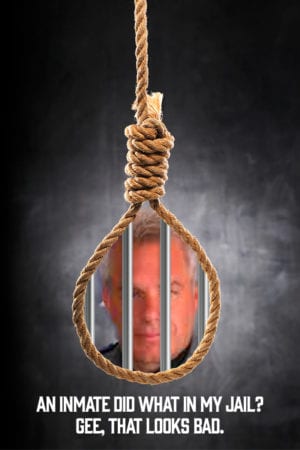 When you don’t care, things get out of hand.

We reported Tuesday that an inmate had hung himself. It’s still not made the Dayton Day-Old news.

Now, it turns out that a dozen days earlier, Nathan Griffith hanged himself- cut down and taken to the hospital already brain dead. He was kept on life support for a week- until family could be located at which point life support was pulled.

Jail isn’t supposed to be a death sentence. And, hangings are preventable with proper supervision.

Again, maybe it’s time we put Sheriff Phil “the torturer” Plummer in prison- or at least make him work there so that these deaths stop.