Last Monday I reported that Brian Higgins was being sent to a federal prison for a competency evaluation in yet another strange twist of the “culture of corruption” investigation by the Federal Bureau of Incompetence.

First arrested on April 30, 2019, Higgins has been free on his own recognizance for over 2 years. He’s made every court hearing, he’s reported his whereabouts and contacts with police (even if he just called about a car wreck needing assistance). He’s not been convicted of any crime, nor has the state proved that he’s committed one.

Yet, last Monday, the Feds took him into custody after the trial- ostensibly to ship him off to a Federal Prison in North Carolina, Butner,  for an evaluation, yet, he’s being held in the Montgomery County Jail- taking up a bed and your tax dollars ever since. 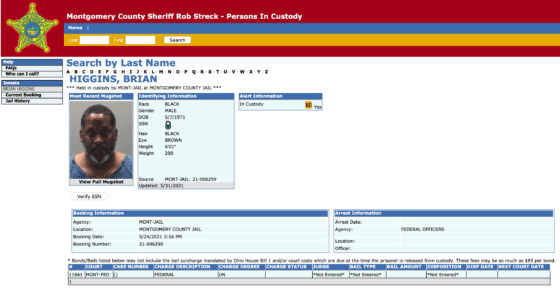 Now, Roshawn Winburn has plead guilty– and is due to serve a year long prison sentence, and to this day, is going about his daily business- due to report to the feds in September. Williams served about three months- and skipped the local jail- reporting directly to the Fed prison in Ashland KY- as did Clayton Luckie. 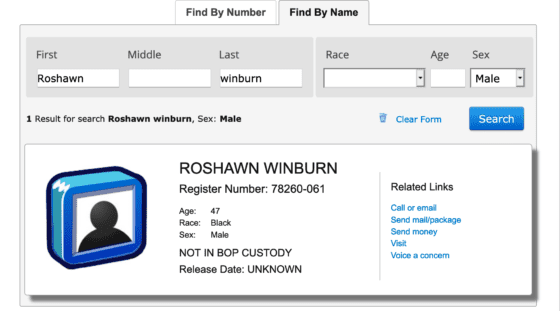 What makes the innocent until proven guilty Higgins deserving of incarceration? Only one possible answer- the feds are on a vendetta. Until they have a place for him in NC, there is no reason for him to be in the Montgomery County Jail. He’s not a threat to himself, or others, or the community.

Who are the feds protecting? Themselves?

It is truly a joke. If the public can not get pissed about how the judicial system is treating this man, what can we be mad about?

County jail is for wife beaters, rapists, murderers, people who pose a threat.

The system has dragged him through a bogus indictment, destroyed his reputation, destroyed him financially… what else do they want to take? His voice against the true culture of corruption in dayton and chicago? That voice will not go away no matter what they throw at him

Good to see the Dayton Daily reads Esrati.com and still can’t get their facts straight- or give credit- https://www.daytondailynews.com/local/indicted-dayton-businessman-ordered-to-get-mental-health-evaluation/PW33EWGVAVHSPMCVS72X6SIMMY/

So, now they are pushing him around to different jails? What a joke. The justice system should be embarrassed.

Isn’t he innocent until proven otherwise? He is not a damage to society or himself. They took his passport, he is not a fight risk. Why detain him? They are trying to shut him up and hide from the ACTUAL culture of corruption

Dave my heart is heavy and hurts for Brian. I think that have their pound of flesh and then some. This whole ordeal seams to have come from the pages of a bad TV movie but sadly it real. Thank you for being a voice for Brian.