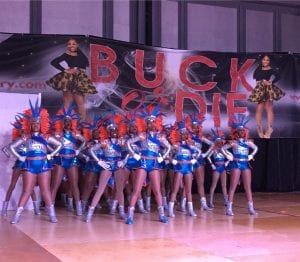 While WGI is happening right here in Dayton, a group of Dayton kids traveled to Atlanta to compete in “Buck or Die” which is a drill team competition.
I’ve written about the Dayton Invincible Regulating Striders before. Same story.

They went, they competed, they kicked butt.

They won “best performance overall” which means their scores beat out all the dance teams, step teams and drum lines in the competition. They won Division 4. They won best costumes.

They are now the back to back champs after winning in 2017 as well.

Congratulations to Michael McCorkle- the founder and director- and all the parents, and kids who make our city look good.

Who says you don’t see anything positive on esrati.com?

Haha! This was great! Thank you for sharing.

Love love love the best of the best