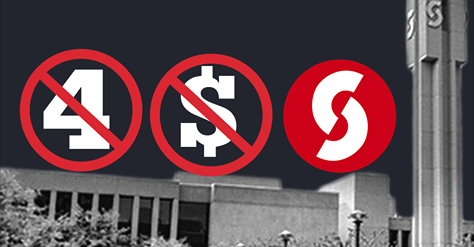 Front page story in the Dayton Day Old News on Monday about the Sinclair Levy, Issue 4, and they actually contacted me as the leader of the opposition to continuing to fund Steve Johnson’s grandiose plans. I thought I’d wait until Wednesday to write about it, since that’s the lag they have in their reporting with their new 3pm deadline for the print edition.

I did post the story immediately on the Keep Sinclair Fair website: Keep Sinclair Fair finally recognized in Dayton Daily. And, a few donations rolled in. We set up a 501(c)(4) PAC, Reconstructing Dayton to accept donations, and posted a list of our planned campaigns– so donors don’t have to say “I donated against the Sinclair levy”-  and can instead say “I was donating for Regional Government,” or simplifying tax collection. Because we know that in Dayton, to go against the herd is dangerous.

A few things to be aware of, while they always tell you “It won’t raise taxes” in the ad barrage that’s running, the reality is, they did raise the tax for Sinclair 2 years ago when they added their second levy of a single mil. This is their big one, 3.2  mils, for a total of 4.2 mils. And when they quote how much it costs the owner of a $100,000 home, they only claim the amount of the single levy. They also know that the brunt of the levy isn’t on residential homes- it’s on businesses and commercial real estate. For developers trying to rebuild Dayton, the Sinclair tax is just one more insult to injury. Remember, the people who give large amounts to the levy campaign- don’t have to pay the tax in the first place.

Dr. Steven Johnson says if the levy fails, there will have to be cuts. Well, with over 200 degree programs, maybe a few cuts won’t hurt. But, maybe he can start with cutting administrators salaries, including his. And, skip buying another building, Far Hills Baptist Church on Clyo- a block away from the Greene County line. That’s a $10M dollar saving right there.

I’m not anti Sinclair at all, but when Warren, Greene, Preble and any other counties Dr. Johnson want to serve start paying a few mils too, we’ll all be better off. Or here’s a novel idea, since Sinclair is so amazing, and your credits transfer directly to Wright State, why not merge with WSU and stop having two presidents, two of everything else and cut overhead substantially? That would be a true regional asset.

In the meantime, Keep Sinclair Fair is running campaigns on Facebook and if donations keep rolling in, we’ll buy some broadcast TV spots to counter the propaganda from the Tax and Spend Sinclair folks.