At the three ring circus on Friday night, where the three “finalists” gave their dog and pony shows, a few other things were in process. 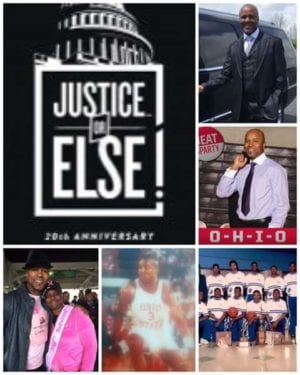 The search to replace the athletic director had completed, and Dunbar grad, OSU standout and NBA player Mark Baker had been offered the job. He had resigned as the head coach of Middletown High School. And while Mark Baker would seem a perfect fit, after spending many years running tutoring programs and being involved in coaching young people, the board decided to meddle, rescind the contrat and offer it to a guy out of D.C.

Once again, apparently having a diploma from DPS discounts your value.

In the audience at the event, disgraced former School Board Member and State Rep, Clayton Luckie was strutting like a peacock. I’ve known Clayton since he was a junior banker at National City Bank. He used to claim that all he needed to win an election was his huge family to get out to vote.

He made a point of telling me David Lawrence will never be superintendent, and that he would run for office again, just like Marion Barry, and he’d “beat me.” And I’m sure he would, Dayton has no problem electing the selections of the Dem Party, or people of limited moral and ethical character. Former DPS AD Jonas Smith- is one of Luckies relatives. Missing money seems to be a family trait, there is a reason I call it the “Monarchy of Montgomery County.”

There is a group planning to protest the new hire at Tuesday’s Board of Education meeting. It won’t be pretty, if Dr. Baguirov is left to run the citizen participation part.

Apparently, this post got the board and the District trying to figure out what they should do next- http://www.mydaytondailynews.com/news/news/local/dayton-public-athletic-director-job-open-again/nrfwG/
If you can figure out who they just rescinded the offer to, you’re smarter than the reporter…

So, we’ve got DDN reporting on DPS.

Just thinking about that makes my head hurt.

After the rescinded offer- Baker gets the job. http://ireader.olivesoftware.com/Olive/iReader/DaytonDailyNews/SharedArticle.ashx?document=DDN%5C2016%5C06%5C22&article=Ar02106