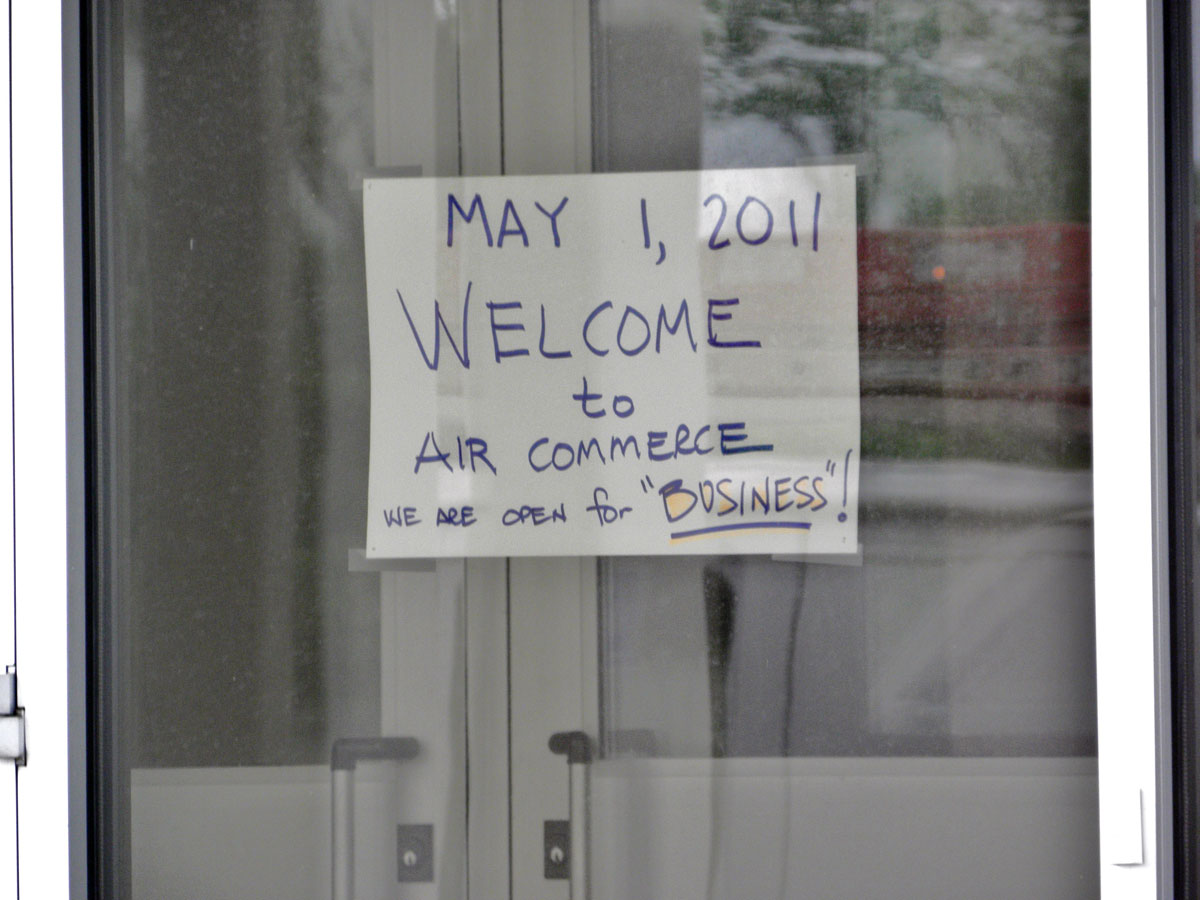 The deal isn’t even done on the former UPS site at Dayton International Airport- and the TSA security required by the FAA are now gone.

IRG has posted this professional sign in the window- this is what they do with their quick $3 million in profit: 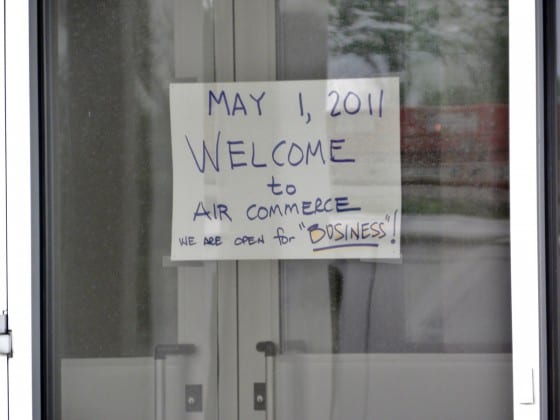 This is what $3 million in marketing buys.

Note, the fence and security normally required for FAA property are now gone. When UPS had the building, they had to comply with FAA regulations- including keeping the building functioning and secure, as per FAA standards. Why “Air Commerce” doesn’t have to abide by the same rules is a very big question to be answered.

Did that all go out the window too- along with the $6 million that could have been paid directly to the taxpayers of Dayton instead of being handed over to IRG for no money down?

As always- IRG has set up another shell company- IRG Nevada, to protect themselves on these funny paper deals. If you want to read more about the kind of deals IRG does- you might want to read this: The Downey Toxic Hell Hole: Injured Workers, Liability And The Business Of Stuart Lichter

David,
Since you are in the business of marketing, did you have any ideas for the UPS building?  Were you going to work a plan with Mr. Herres?

Gary, When one is in business it is generally prudent to SELL your product or service, not give it away. Why would anyone share marketing ideas that would benefit IRG without compensation? The sign on the door should be forwarded to the economic development department and city council so they may be reminded of the sophistication and commitment of IRG.

Bobby- I was asking David if he had a business and marketing plan for the UPS building to show Dayton’s economic development department, and if he had collaborated with Mr. Harres in the beginning with the solar environmental idea for the building to benefit the ariport operations … not a plan for IRG.  I did do some research this time …
In fact, I’m sure David had a better, more feasable plan for the building and Dayton taxpayers, in fact I know he did, he fought somewhat hard for it, with Mr. Harres … (But you cannot topple the government, never could, never will!)

The TSA and FAA must have gotten a cut of the $3 million, too!  And probably all the City Commissioners and City Manager as well … but not the Mayor.

I listened to This American Life this week and they had an interesting program about the Economic Warfare between cities.

Wow.  Is that for real?  With a multi-million dollar deal?

Temporary or not, that’s beyond unacceptable.

That’s actually laughable.  But not a true laugh.  The kind of laugh where you kinda halfway laugh for just a second, then stop and think…. “oh shit”

I’ll be curious what CSAPT has to say about this one………..

Perhaps putting the scare quotes around the word “business” was an unintentional tell….

We need to Market ourselves, and Market for Dayton — How’s that for an Antiochian grad’s thinking, believing and hopefully writing well … Or are we going to elect officials like an idiot Arnold Schwarzenegger?  Or champion for a rapist like that French dude for the IMF?  Strauss.  It’s up to us folks, it’s a test of our integrity for Dayton.  You can go on with your racist remarks, and bash Obama all you want, but if you do, you are just adding fuel to the fire!  Think for once!  But I’m a bigot, too, and I don’t like that about myself–I’m trapped in …

@djw: Maybe IRG’s putting quotation marks around “business” in their sign was to create an entry for The “Blog” of “Unnecessary” Quotation Marks.

Neither Emery nor Moraine will create new jobs.  If they both end up occupied, it will be with local companies moving into those facilities for lower lease rates.  IRG has told me offline that they are simply putting the properties on the loopnet and if nothing happens at either site in the next couple years, they will strip the sites and walk.  The City of Dayton and the City of Moraine should have looked into these guys further before pulling the trigger on these deals.  Something doesn’t add up….