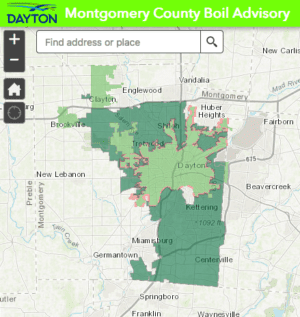 The responses from city officials on why water isn’t safe or available to over 400,000 people in the area are unacceptable. While Nan Whaley and her “Culture of Corruption” crew have been busy buying up buildings with tax dollars and giving them to developers, they have ignored the most fundamental role of government- basic infrastructure.

Yes, tornadoes are defined as a natural disaster, but water pumping infrastructure, as well as power distribution, can and should both be hardened and redundant. To say generators aren’t the answer is both incorrect, but also showing their lack of ingenuity and foresight.

This is the second time in a year we’ve seen the water system down. A “boil water” advisory- putting the onus of safe water on to people who may be without power as well, is adding insult to injury. And, a reminder, if you don’t even have water flowing- what’s there to boil.

One of our problems is our above ground power grid. While we all take electric transmission lines as the norm, they are not. In large parts of the world, electric power distribution is underground- just like gas and water lines. Our power distribution system now borders on third world, and with this latest outage, right as our power companies are asking our statehouse to grant them a bailout for bad decisions about nuclear power, the questionable practice of letting private entities manage public utilities should be at question. There is no reason, other than greed, that public utilities should have CEO’s paid millions to run what is truly a monopoly- no matter what horse-hockey they feed us about both “choice” and “deregulation.” The money being made by the wizards of wall street is in part, due to utilities cheapening out on updated and hardened infrastructure.

The city line about not needing generators in an emergency? There isn’t a hospital out there that doesn’t have generators, and if you can’t supply water to 400,000 people because of a lack of them, you shouldn’t be in charge. Here’s the thing though, while generators might sit idle and be a bad investment as “Ms. Dickstein the Incompetent” suggests, why haven’t we invested in a solar farm over areas of our well field to create an alternative energy source to power our generators? Or some windmills? And, yes, while both could be damaged by a tornado, their value as energy generators could offset the costs of paying for the generators as well.

Dickstein also says the city has requested 8 generators to power the pumps. No, this isn’t how it’s done in an emergency either. You declare a state of emergency, and you call in the National Guard who has generators, and you get the pump stations online inside of half a day. You have a contingency plan on how to do this. It’s not something you have to think about when disaster hits. This is what professionals do. This is what competent businesses do. This is what leaders do.

It’s called the rule of P’s where I come from: Prior Planning Prevents Piss Poor Performance.

And when you fail your community- you lose your job.

What follows is the barely apologetic litany of excuses from those who have put their own personal gain in front of our communities safety. And at the bottom of it all is the link you need to find out when the boil water advisory is over.

The pressure loss forced the city to declare a system-wide boil advisory. Local governments have requested more than 1 million gallons of drinking water be delivered to the region.

Before this year, city employees estimate the water system went more than 30 years without losing pressure. But Monday’s storms challenged the system for the second time in 2019, cutting power to two water treatment plants and several pumping stations.

“It’s an extraordinary event that we have never had,” said Dayton City Manager Shelley Dickstein.

A water main break under the Great Miami River caused an unprecedented water outage in February, spilling more than 100 million gallons of treated water into the river, another unprecedented event in city history.

The reoccurring pressure losses are causing Montgomery County officials to consider whether additional, non-Dayton water sources are needed to ensure stability for customers in communities that purchase Dayton water from the county.

After pumping and treating water from the underground aquifer, Dayton sells the water to Montgomery County. The county then re-sells the water to communities including Kettering, Centerville, Moraine, Trotwood and Riverside.

“We probably will be looking to see if we have enough redundancy in the system,” said Michael Colbert, the county administrator. “We have a clear problem with our ability to keep a sustained water flow.”

Dickstein said the Dayton water system is redundant, but the “catastrophic nature” of the storm cut the primary and secondary electric lines powering the water treatment plants and pumps.

“Water always finds the path of least resistance, and if there’s not a force pushing it forward, it starts coming backward,” she said. “And so our water towers have emptied, and that’s what causes depressurization.”

Treatment plants have backup generators, but the large pump stations at and near the plants do not, Dickstein said.

“Part of that is because it’s just not economically practical, nor is it a common practice,”

Dickstein said. “You would be spending millions buying and maintaining to be able to have backup generators that could essentially never be used.”

Dickstein said the city asked vendors for eight generators to power the pumps.

Power had not been restored to the Ottawa Treatment Plant at 1044 Ottawa Street across the Mad River from Dayton Children’s Hospital as of the afternoon.

If you enjoyed this post, make sure you subscribe to my RSS feed [4]! If you wish to support this blog and independent journalism in Dayton, consider donating [5]. All of the effort that goes into writing posts and creating videos comes directly out of my pocket, so any amount helps!
Subscribe
8 Comments
Inline Feedbacks
View all comments

We all know our water bills won’t be discounted as a result – another Dayton resident tired of carrying water bottles up 15 steps from curb to house.

Most people will not read this

@George Hummel- most of the people who are politically connected in Dayton will read this. I have webstats that say they do- as well as a subscriber database.
Crawl back under your rock.

I’m glad I found this. Every point you made is 100 valid and needs to be addressed. It’s a sad reality that our officials are that far out of touch with the residents basic necessities, especially in the place they are responsible for.

The Answer is in the first line,(The Response from City Officials) These Are The Idiots That Have Been Voted In, How To Fix The Problem Do More Research Before Cssting Your Votes, For Example Nan Whaley Had A Bunch Of What Ifs with NO Solution to Fix Problems. When her Opponent Had Ways Of FIXING Problems But For Some Reason People Were Dumb even to Vote For A Mayor That Has No Clue How To Deal with or FIX Actual Problems All she was Able to offer is A Bunch of What If’s, POINT BEING IT STARTS WITH US AND WHO WE ELECT IN OFFICE….

I’m with Glenda. Why did the city wait until yesterday afternoon, right before the water came back, to let us know that some of us in “high pressure areas” (higher elevations) we’re harder to bring back online? We had no idea why it seemed everyone else was back online and given a boil warning when we had nothing. The lack of info was the most frustrating. I get that natural disasters strike, but here again, city officials with their thumbs jammed everywhere EXCEPT on the pulse of what was really going on.

The Klan, The Tornadoes and the Chain of Command | Esrati