A week ago Sunday, Tom Archdeacon of the Dayton Daily News wrote a story about the veteran I’ve been taking care of since Feb of 2016. It was very brave of John to share his story. The headline was “John ‘Sully’ Sullivan can see his future again [1]” and I think it got more traction on social than from the paper. His classmates at Culver Military Academy and the AF Academy reached out to him- and reminded him that he has people who love him. (If you hit the paywall- I posted it on the campaign site [2]).

For those of you who’ve been long time readers, you’ve seen bits and pieces of this story unfold.

Since May 11, 2022- I’ve also been the Power of Attorney for John’s older brother, who also has issues with mania. He’s been incarcerated since December- and his home had gone into foreclosure. I find it kind of hypocritical that the same person who can take a citizens freedom- holding them in jail, innocent until proven guilty, can also then seize their home and auction it off. Why can banks get the Sheriff to kick you out of your home and seize it for missing a few months payments- when I can’t get the Sheriff or anyone else to collect a civil judgement in Montgomery County?

It’s taken a lot of time to negotiate with the debt collector, the bank, and get access to his IRA to make an emergency withdrawl- but whats even crazier is I can’t open a POA account at a bank to manage paying his bills, because his drivers license was taken away last fall in Delaware or Maryland- where he had his first run ins with the law. I’ve tried to explain it to the bank- that he won’t have access- that I’m the one managing the money, to no avail. The prison industrial complex combined with the laws made by lawyers we seem to elect has caused yet another catch-22 to keep people who are down on their luck- down.

The reason I accepted this additional responsibility is because John’s very family oriented and his brother is all he has left, other than his son and stepson. And, because it would be the only way to recover the money that he spent to help his brother out of the jams last year on the east coast. 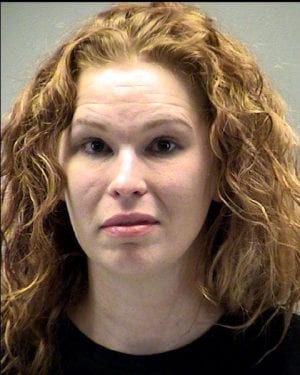 Jennifer Woodward, AKA Jennifer Selhorst, Mugshot from her Cocaine arrest 1-28-2017

Which brings me to the question of who the hell is helping me? Right after my Dad died, and I was trying to take care of my mother with dementia, John, my business- which got screwed on a bid for work for Dayton Public Schools that I’d invested a lot in, my office manager stole $35K from me and $3K from John. Her name was Jennifer Selhorst, but she could also go by Jennifer Schaeff, or Jennifer Woodward.

When I went to the Grand Jury- Mat Heck, our prosecutor that doesn’t prosecute, came back with no true bill. When he had a second chance- with much less evidence, and a lot less money, for the money she stole from John- she accepted a plea deal and took 3 felonies and paid John back in a year.

But, here’s the rest of the story of how shitty she is- her hubby and her moved in with his daddy on Los Arrow drive. Her father in law had a lease deal with cheap rent from a friend of his who had moved to Florida- $500 a month rent, plus pay the taxes- and keep his garage full of musical equipment safe and sound. Well, father in law died- and Scott Woodward, Jen’s hubby- continued the deal- but, oops, forgot to pay the taxes. Plus, now that Jen had to pay Sully back his money, she started selling off the landlords musical gear. The landlord filed suit in Montgomery County- and somehow- Jen tried to sell his house- as if it were her house, of course, keeping her name off the deed- because of my judgement.

Somehow- this all got resolved out of the courts- and she’s not living on Los Arrow anymore. Where she’s working, no one seems to know. I can’t collect, and the Sheriff won’t help me.

Read the initial filing- and you’ll see that the judges don’t seem to care about justice for me, or stopping this con woman from continuing her crime spree.

Judge Krumholz had the case, it’s unknown if Judge Dennis Adkins who let her off community control after she paid Sully back- knew about this other criminal spree. And since we have judges for life- who never are held accountable or challenged about their decisions- this criminal gets to stay on the streets- stealing from anyone she can.

If you know where Jen is working now, or have a current photo (she’s probably blonde now) please add it in the comments.

As to justice in this country- well, we seem to make it up as we go along.

And when I have some extra time, I’ll try to fill you in on the misdeeds of Judge James F. Long in Kettering Court when it comes to dealing with (or protecting) the miscreant suspended lawyer, Aaron Hartley.

If you enjoyed this post, make sure you subscribe to my RSS feed [7]! If you wish to support this blog and independent journalism in Dayton, consider donating [8]. All of the effort that goes into writing posts and creating videos comes directly out of my pocket, so any amount helps!
Subscribe
1 Comment
Inline Feedbacks
View all comments

David.
I have a hard time keeping up with your posts. Let alone your life’s trials and tribulations.
I have no idea how you do!!!?
Godspeed on some justice – long overdue – to you.
Bob