In accordance with Section 3313.16 of the Ohio Revised Code and File: BD of the Handbook of Policies, Rules & Regulations of the Board, I hereby call for a special meeting of the Board of Education of the Dayton City School District, Montgomery County, Ohio, to be held on Friday, June 30, 2017 at 4:30 p.m. in room 6S-116 of the Administration Building, located at 115 S. Ludlow St., Dayton, OH 45402.

The purpose of the meeting is to allow the Board to vote on recommendations from the superintendent and/or treasurer.

The media is being advised of this meeting in compliance with the Ohio Sunshine Law.

Dayton Board of Education

This is after they acknowledged yet ignored about 60 people in Dunbar blue who piled into the 6th floor board room tonight, to be seen but not heard by the children in charge of the Dayton Public Schools.

The board, less Dr. Adil Baguirov, took great pains to explain that they were just there to go into executive session, and then went for yet another 2.5 hour marathon.

So here’s some things to think about: no one realized that they hired a replacement football coach at Dunbar on Saturday. Yep, a Mr. James Jacking. On the HR recommendations that were passed by 4 members with Sheila Taylor abstaining. 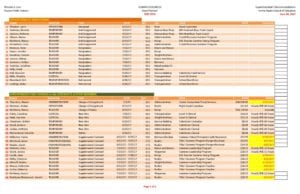 Mr. James LACKING, was kinda surprised when he found out first from a reporter that he may have the job. Not only that, he’s willing to step down if the board ever holds a revote to hire Darran Powell back.

Powell has his petitions with over 1500 signatures turned in. Somehow, it hasn’t connected with the board or with Rhonda Corr that 1,500 signatures in 3 days is a hint that they don’t have the political capital to win. But, when you have an administration as tone deaf as this one, maybe they just have to wait for the bomb to go off.

There was good news for the district today.

Rhonda Corr made an announcement about preliminary state testing results as part of the preamble to the executive session. She claims all scores went up and that the final numbers will be even better. The board was just slightly happy, wondering if the 60 Wolverines were going to eat them for lunch was higher on their list of priorities. 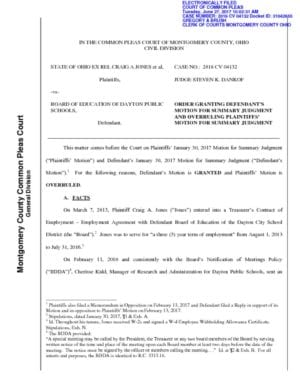 The other news was that Judge Steven Dankof actually gave them a seal of approval for their insane meeting practices by tossing out the lawsuit by former treasurer Craig Jones. Dankof took at face value the arguments for the legitimacy of their poor notification actions and confused votes and said the board didn’t do anything wrong in firing Jones and Ward back in Feb of 2016.  Nevermind the board definitely tightened up their notification emails to comply properly after (which should tell you something).

For the record, the vote was 4-1 and Ron Lee wasn’t there and said he would have also voted to fire. Do I care who was the one no vote? Do the rest of us? Not really, because this whole thing has gone from bad to worse since. You can read the ruling here.

How many meetings a week can this board hold?

How long will the public stand for this nonsense?

One things for sure, someone who didn’t think much of Rhonda’s hand picked Chief Academic Officer who just quit found this blog and made it clear that Dr. Markay Winston wasn’t any less controversial than her former benefactor Corr. This article about Markay’s obstructions in court proceedings [3] against the now imprisoned former Superintendent of Chicago Public Schools, Barbara Byrd Bennet, should have set off warning bells for the DPS board long before they even had Corr in to interview.

Is this mess the best we can do? Isn’t it time to just start with a completely new board, and a superintendent that actually knows who she hired for head coach of the winningest football program in the city?

If you enjoyed this post, make sure you subscribe to my RSS feed [4]! If you wish to support this blog and independent journalism in Dayton, consider donating [5]. All of the effort that goes into writing posts and creating videos comes directly out of my pocket, so any amount helps!