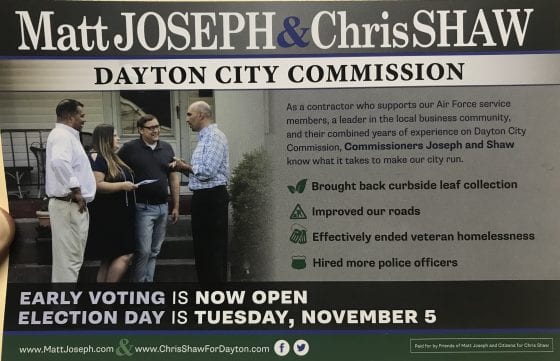 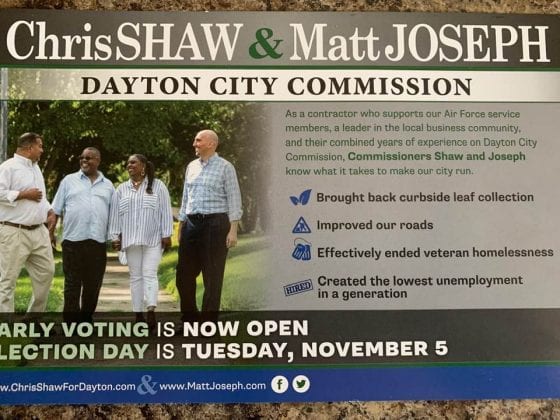 [1]Besides the photos changing- apparently black people don’t want more police, and white folks don’t need jobs. Matt is “Endorsed by Dayton Firefighters” on the flip side- while Chris has “Your Endorsed Democrats” on his.