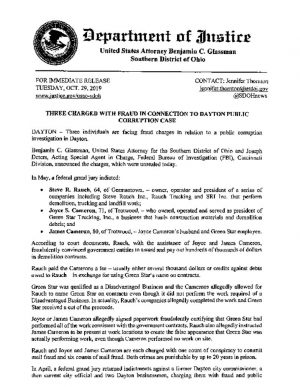 And Rauch isn’t the only dirty person in the demolition game. A long time ago I was asking why a Westerville businessman was giving $10K donations to Rhine McLin and $5K to Nan Whaley. His name? Kitt Cooper [2], and he owns a landfill. Hello, Mr. Glassman? Special Agent Deters?

And the FBI and the DOJ can’t seem to do anything about it- fast enough. Word is that Mr. Cameron has stage 4 cancer. Glassman is done on Halloween, he resigned his post [3].

If you enjoyed this post, make sure you subscribe to my RSS feed [4]! If you wish to support this blog and independent journalism in Dayton, consider donating [5]. All of the effort that goes into writing posts and creating videos comes directly out of my pocket, so any amount helps!
Subscribe
4 Comments
Inline Feedbacks
View all comments

They need to check the landfill behind Rauch’s main shop. Many former drivers claim that hazardous materials were buried there.