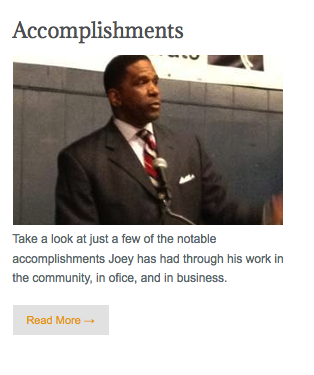 The clock is ticking on when Dayton City Commissioner Joey Williams can resign, without causing a special election.

Word is that the responsibilities of his new job as president of Key Bank, raising kids, and having his wife working far away are demanding.

If Williams was to resign- there has to be a special election, unless a regularly scheduled election is eminent.

Vacancies in the office of Commissioner shall be filled by special election to be held on a date determined by the Commission by ordinance, which date shall be not earlier than 60 days nor later than 90 days after such vacancy occurs, except that any vacancy resulting from a recall election shall be filed in the manner provided therefor.

The requirement of gathering 500 signatures is the issue- time has to be provided to gather them.
There is nothing specific in the charter about a minimum amount of time a petition can be out to qualify to get on the ballot. There is this however, suggesting the time line should be 90 days:

Which would preclude it happening for the primary.
However the question about timing for the general in the fall is key. When Mark Henry resigned, he did it immediately following the primary, allowing candidates to gather signatures and run for the special in November. Specials bring many candidates- since there is no run off election to thin the herd.
The fact that Mark Owens and the Montgomery County dems backed off from endorsing Carolyn Rice who is running from a protected seat to fill Dan Foley’s County Commission seat- and Mark Owens (Clerk of Dayton Muni Court and head of the party) said they had two good candidates including Rev. Daryl Ward- lends credence to them planning if Daryl loses to Carolyn in the primary- they can then usher him directly into Commissioner Williams seat, once again bypassing Rev. Darryl Fairchild who dropped out of the race when they endorsed Jeff Mims, and promised him a future endorsement- which they reneged on and gave to Chris Shaw.
This isn’t real news btw, since Williams has not resigned. However, it is insurance that Commissioner Williams won’t step down and cost the tax payers a standalone special election by his poor choice of timing. Standalone special elections are traditionally very expensive and have low turnout. Williams is too responsible of a public servant to do this to the people of Dayton.
If you enjoyed this post, make sure you subscribe to my RSS feed [2]! If you wish to support this blog and independent journalism in Dayton, consider donating [3]. All of the effort that goes into writing posts and creating videos comes directly out of my pocket, so any amount helps!
Subscribe
4 Comments
Inline Feedbacks
View all comments

As though we can believe him…

Can we file this one under either a)bad predictions; or b) yet another broken promise? Was the promise indeed made or rather implied? I can’t find any indication of it in your report.

Has Joey announced an effective date of his resignation yet?

It’s too late for anyone to get on the May (primary) ballot. He should have waited until mid-May to announce and resign so that it would be too late to be on an August special election ballot as well. That would have given people plenty of time to get on the November ballot.

BUT, maybe the plan is to have someone in the wings to get on the ballot for an August special election. If the only thing on the ballot is to decide a City Commission seat, I’d guess voter turnout at somewhere around 5%. That way The Whale and her minions can target the people that they want to vote and get in whoever they’re wanting to fill the seat.

By the way, the BOE now charges UP FRONT for the cost of special elections. I believe the up front cost is 75% of the projected cost of the election. The idea is that the BOE (and maybe the State) doesn’t want special elections.

Throwing your hat in the ring for this one, David? :)

@Kirby- you can file it as omniscient predictions. Williams resigned already, and his name will be added to the primary election ballot. It will still be a “Special election” in that there is no run-off to narrow the field- top vote getter wins the prize- of sitting with four other morons for 3 years.
I’m not prepared right now to run. 2 lawsuits, 2 people I have Power of Attorney over, my first large government contract- and rebuilding my business from the dust of an embezzlement- that Mat Heck won’t prosecute.
The voters of Dayton had plenty of opportunities to elect me in the past….
and didn’t.