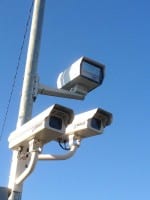 [1]Citizens United [2] threw the door open to unlimited money in politics. The Federal Elections Commission “tracking” of donations is such a joke that another site, www.opensecrets.org [3] is the only place you can go to get actual, usable data- like, who gave to whom, from what industry, to what cause etc. However, it’s still built on top of the FEC Data which is bad data to begin with. Need proof? Look at this old post where billionaire Wall Street wizard Steven, or is it Stephen? Is listed with two different names [4].

When it comes to local and state campaigns, the record keeping is even worse. Handwritten reports are routinely turned in, scanned- and posted on badly built websites to make the records “public.” No database of local election donors exists, making it very hard and time consuming to trace the donors and tie cases like this Redflex bribery scandal together:

There was no mention of any links to the Dayton area, but officials in Columbus and Cincinnati were said to be involved in the scheme.

According to the plea agreement obtained by the Dayton Daily News, various unnamed elected officials in both cities received disbursements through the Democratic Party from a consultant hired by the company totaling $30,000. The payments were in the form of campaign contributions. The Columbus Dispatch was reporting Friday that one of the officials was Columbus City Council President Andrew Ginther.

Finley’s sentencing hearing will be scheduled at a later date, the FBI said.

According to the announcement, from December 2005 to February 2013, Finley, who served as CEO of the red light camera enforcement company, admitted that between 2005 and 2013 she participated in a scheme in which the company made campaign contributions to elected public officials in Columbus and Cincinnati through a consultant retained by the company.

While the consultant is unnamed in court documents, a Dayton Daily News review of campaign contributions found that John P. Raphael made a $20,000 contribution to the Ohio Democratic Party on Oct. 21, 2011 – the amount and date referenced in the Finley plea agreement. His address is listed at 261 E. North Broadway St., Columbus.

Raphael’s clients include contractors who, according to the city auditor’s office, hold more than $61.7 million in contracts with Columbus City Hall. Raphael didn’t immediately return a request for comment left on a voice mail message system.

Among them are construction companies and Redflex Traffic Systems Inc., the company that supplies and operates the city’s red-light cameras.

“According to admissions made in connection with her plea, Finley and others, including another executive of the company, agreed to provide the conduit campaign contributions with the understanding that the elected public officials would assist the company in obtaining or retaining municipal contracts, including a photo red light enforcement contract with the city of Columbus. Finley also admitted she and her co-conspirators concealed the true nature and source of the payments by the consultant’s submission and the company’s payment of false invoices for “consulting services,” which funds the consultant then provided to the campaigns of the elected public officials,” the release said.

Considering that Dayton is still using the Redflex cameras, and our over $650,000 was spent in our last mayoral election- it’s hard to believe that some Redflex money didn’t make it into someone’s campaign coffers.

But, how are you going to tell? There is no database to look up all donors and all donations and all recipients. It’s download each one of the campaign finance reports- as many as 6 a year in an election cycle – per candidate- and then go through them manually- trying to put things together. Trust me, someone tipped the FBI off on this, because there is no way they started this by connecting the dots online.

Considering that our voting records are on line- and available in a searchable format, including our address, party affiliation, age, and voting history, don’t you think we should be able to look up who bought our politicians.

The right way to do this is pretty simple. All candidates register as a candidate and are issued a debit card for purchases, and if need be, an online check-writing account. All donors must register with a REAL Federal Elections Commission, which would require their Social Security number, employer, industry, address, age and yes- their voting record (actual times and places they vote- not how they voted) and through that portal- they can donate as much as they want to any political organization- with a direct bank-to-bank transfer. You know, if they can catch old Denny Hastert for not reporting hush money transfers [6], we ought to be able to catch the money transfers that turn our political hacks into paid shills.

The system would include a smart phone app for collecting donations at fundraising events, and all cash collected would have to be immediately deposited.

The system would bring total transparency to all political campaign money, and also make researching cases like this Redflex scandal an easy one to track.

This is probably why Columbus has been coming down so hard on the traffic cams, not because they work, but because of resentment that some of the money didn’t come their way. Redflex gets a percentage of every ticket that is issued into perpetuity from their cameras- providing a non-stop source of revenue to continue the payoffs.

If the system was a simple purchase and you own it, the money flow would be 100% back to the community that bought and installed them. If there was one part of this deal that always stunk it was the payoff to Redflex. However this isn’t any different than the deal the casinos made to be handed a monopoly on gambling in Ohio.

Our campaign finance reporting system is a joke. Creating a single portal for all donations would put an end to a lot of the games that are being played in order to buy your way into office.

Will this system be implemented? Not until we get rid of the best politicians money can buy- they like it just the way it is.

27 June 2015 If you want to see the way a real newspaper reports about a news story- you should wander over to the Chicago Tribune:
This is the link to a short article: http://articles.chicagotribune.com/2014-01-23/news/ct-redflex-red-light-bribery-20140123_1_redflex-holdings-ltd-company-policy-camera-company [7]

but the link at the end (it’s 2 pages) has a link to a summary of all the articles about the red light scams in Chicago- including short yellows, the firing of Redflex etc-
http://www.chicagotribune.com/news/watchdog/redlight/ [8]

If you enjoyed this post, make sure you subscribe to my RSS feed [9]! If you wish to support this blog and independent journalism in Dayton, consider donating [10]. All of the effort that goes into writing posts and creating videos comes directly out of my pocket, so any amount helps!
Subscribe
2 Comments
Inline Feedbacks
View all comments

This wicked company should return all the ticket money

I appreciate the message David. I don’t disagree but perhaps I’m more idealistic. There should be ZERO POLITICAL CONTRIBUTIONS FROM ANY COMPANY OR ORGANIZATION, PEROID (local, state or federal). Personal campaign contributions needs further consideration and it’s difficult to quantity limits but I agree that at least high rollers should be a matter of public record. It’s unfortunate that there’s so many back room deals on all levels. Perhaps a central portal is the only way (until they get bought out too).