The Jan 6, 2021 storming of the capital by fascists following Donald Trump’s lead was a defining moment in American history. A mob, incited by a sitting president, went to the Capitol, erected a gallows to hang the Vice President, and attacked the building- searching for members of congress to assault. Their claim was that the election had been “stolen” and that Trump was the rightful winner of the election. The members of congress who chose not to certify the election, never questioned their rights to hold office, despite many of them being elected on the same ballot (all of the House of Representatives and a third of the Senate).

The undermining of our free and open elections by elected officials should be considered treasonous and seditious behavior. Our system of democracy counts on trust in the fairness of our electoral process. Considering this country isn’t a true democracy, but a republic- ie- we elect people to represent us, our faith in the system is tantamount to trust in government. The insurrection has left us deeply divided, and many still believe the fallacy that Trump had the election stolen from him- despite the fact that he’d never won the popular vote, and the numbers were hardly statistically close.

The perpetrators of this lie, up to and including Trump himself, should all be held accountable.

Yet, the sad fact is, our local political parties in Montgomery County are no better at executing fair and honest elections. Deals in back rooms have guaranteed local judges jobs for life, have allowed offices to go unchallenged for years (Sheriff and Prosecutor), and the way we staff the Board of Elections has kept more good candidates off the ballot than should ever happen (the convoluted process is allowed to continue for good reason- it keeps the monarchy in power). 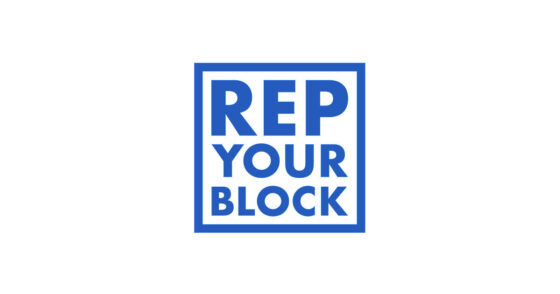 [1]Every 4 years, each party has the opportunity to change its leadership. For the Dems, it’s this year. And for the first time in decades, I have support in my quest to remove the local “friends and family plan” leaders from office. A coalition of progressives, fed up with the smear campaign mailings endorsed and enabled by the local Democratic Party against Shenise Turner Sloss and Darryl Fairchild were the last straw. They’ve brought the program of Rep Your Block [2] to Montgomery County to find people more interested in doing things like:

Instead of making sure that their friends and families all have nice patronage jobs and the culture of corruption in Dayton stays alive and well.

If you are a Democrat who wants to see more democrats get elected, to see a party that supports and enables candidates to run effective campaigns, and to have the tools in place to effectively get out the vote so it’s not up to each candidate to build their own database, you need to attend the online training this coming Tuesday, January 11 at 7pm

I strongly urge you to attend, and to work together to oust Party Chair Mark Owens and his cronies from the party. The State Democratic Party has ordered that their practice of installing precinct captains who don’t live in precincts stop. This will preclude them from allowing the elected officials like Mat Heck, Marty Gehres, Karl Keith, the board of elections employees (appointed by the party) to fill the seats and vote for their meal tickets.

If you attend the meeting, you will learn how to pull a petition, get good signatures on your petition, turn it in at the right time, how to effectively campaign to win, and learn why it’s so important.

The only hickup in the process is that the County recently changed all the precincts and the Board of Elections hasn’t updated the information you need to effectively run yet. Petitions are due Feb 2nd. 2022. My precinct has been changed, and I’m sure I’ll face an opponent. Most precinct captains run unopposed. We now have 380+ precincts, when before it was 360- of which less than 130 were filled by elected captains. This means we need approximately 70 people to take the party back.

I’ll post more about the process, after the BOE fixes their website- and after the training session.

I have a vision for the new leadership of the party- that involves creating a reason for Democrats to attend, learn, grow the grassroots organization that we need to defeat the insurrectionists- and the misinformation. I plan on running again for party chair, with a platform and a plan, but, first, I’ll need your help. Please attend- even if just to learn how the process works.

Well, you may keep the cesspool known as Dayton Democrat, but not Ohio. 2022 will be fun to watch. We may be able to squash Democrats once and for all!

You can’t even handle Reddit, dude. I’m way too emotionally unstable to have any kind of leadership in a political party.

Note- there are site instructions- that include the following.

We never censor comments based on political or ideological point of view. We only delete those comments that are abusive, off-topic, use excessive foul language, or include ad hominem attacks. Calling people names will not be tolerated. You may find your nasty comments changed to make you look like a chump, so be careful to stick to facts.”
Since Welp continues to just bash- and can’t sign his/her/it’s real name- they last few have been edited. This will continue until dipshit has something better to say than he’s an unstable idiot.

David ALWAYS SPEAKS OF THE DEMOCRAT Hierarchy AND Corruption IN Dayton OH / yet still supports the Democrats ? SMH

Bob- both parties are just as corrupt. They’ve done deals for decades to make sure no one challenges judges once elected. And, why no one challenges the Sheriff or the Prosecutor?
The corruption runs beyond the politicians- it’s all the quasi-governmental slush funds. We have too many jurisdictions. Too many elections. Too many mayors, police chiefs, it’s got to stop.